Intricate and dazzling, Islamic architecture has been a beautiful and popular building style since around the 7th Century. Combining color, pattern, silhouette and texture with various materials, architects and builders have created some of the most distinctive and unique structures across the world.

From the Moorish styles of Spain, Portugal, Italy and Malta to the Arabian States of Algeria, Oman, Egypt and Iraq. Towering minarets, smooth domes, pointed arches and detailed mosaics weave the gold thread of familiarity from East to West. Be it Mosques, Palaces, Forts or Public buildings in the smallest of villages or the largest of cities, Islamic design has been embraced and adapted in the most stunning ways imaginable. Below is a collection of projects whose architects have made the traditional building style their own, creating complex and beautiful buildings inspired by ancient Islamic architecture. 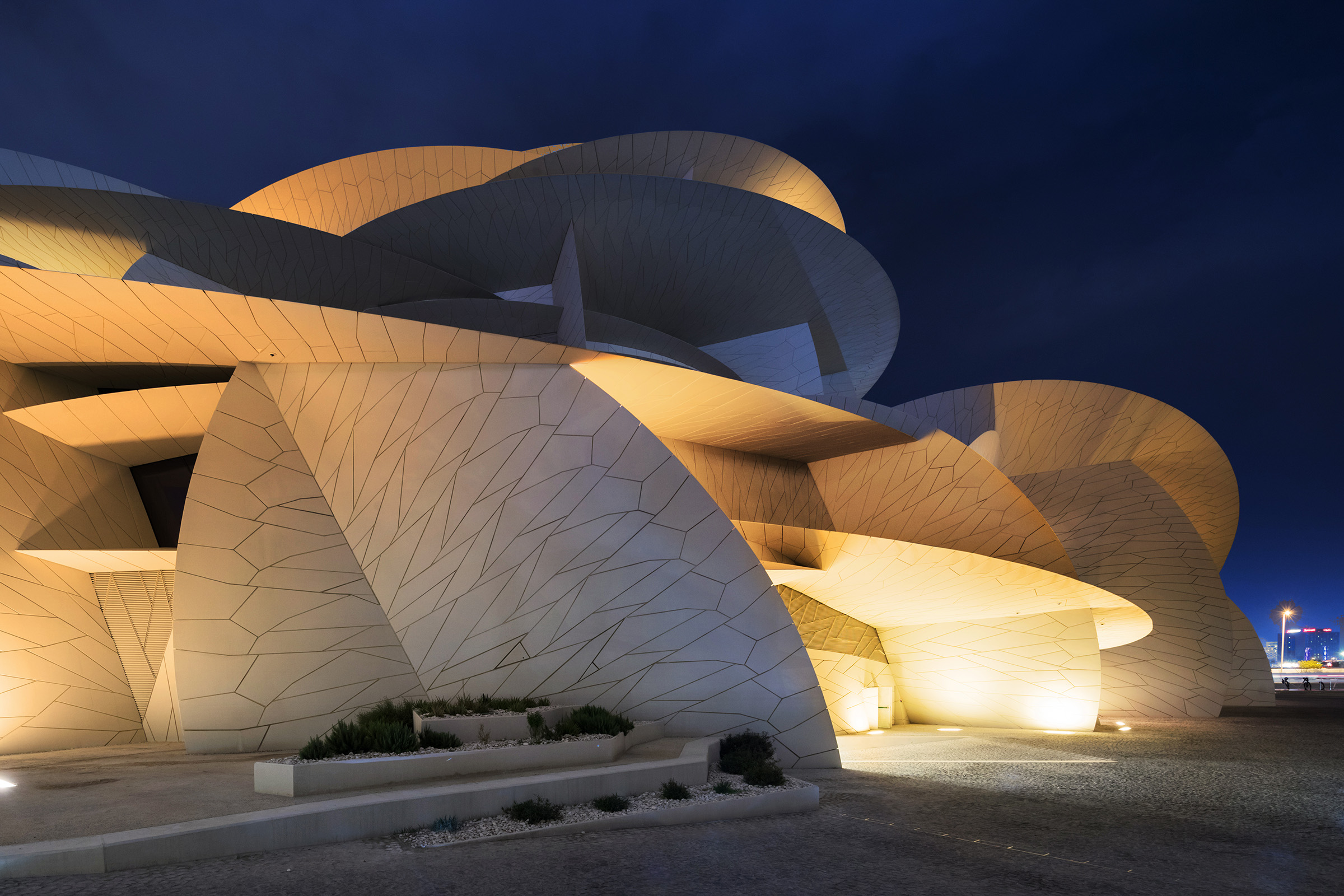 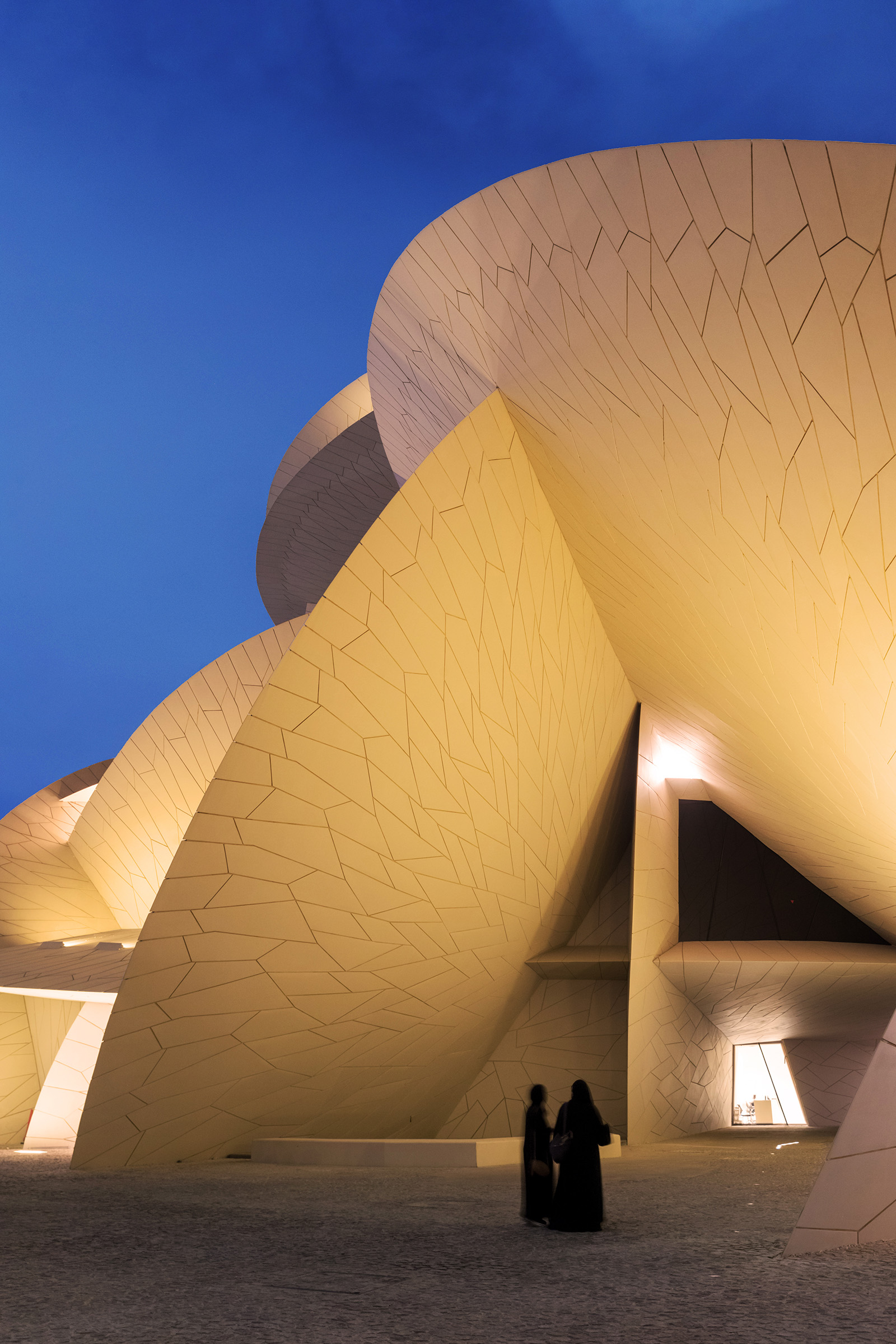 Dedicated to the history of Qatar, the National Museum is an architectural landmark of major heritage value to the country. The vast, 350-meter-long building was designed by Jean Nouvel in the image of a desert rose. Huge, sculptural disks, intersecting and cantilevering in all directions, surround the renovated Palace of Sheikh Abdullah bin Jassim.

The restored Old Palace combines cutting-edge structural engineering with respectful conservation of traditional materials and techniques. Although construction presented significant engineering challenges, the building is at the cutting-edge of technology, much like Qatar itself. 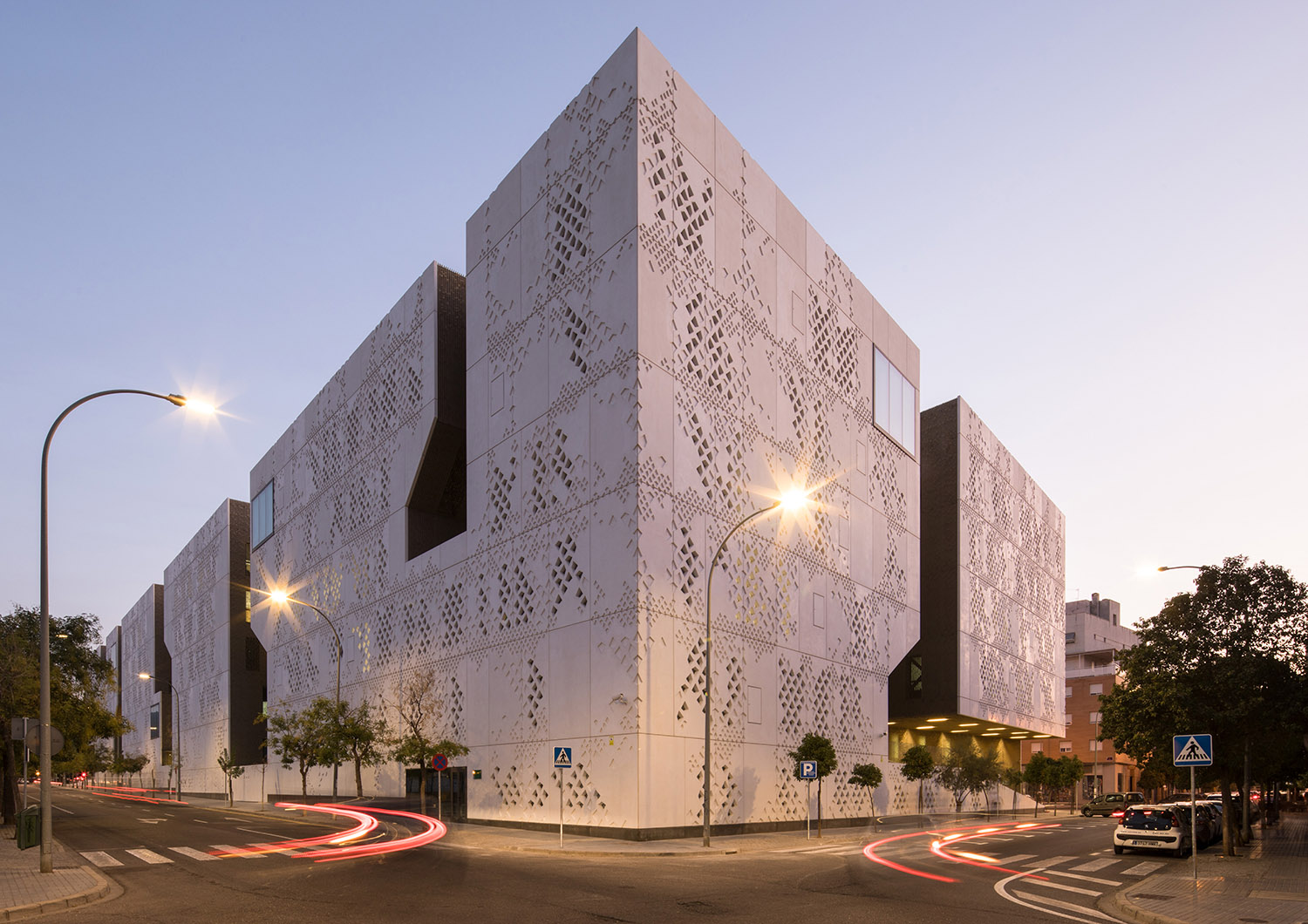 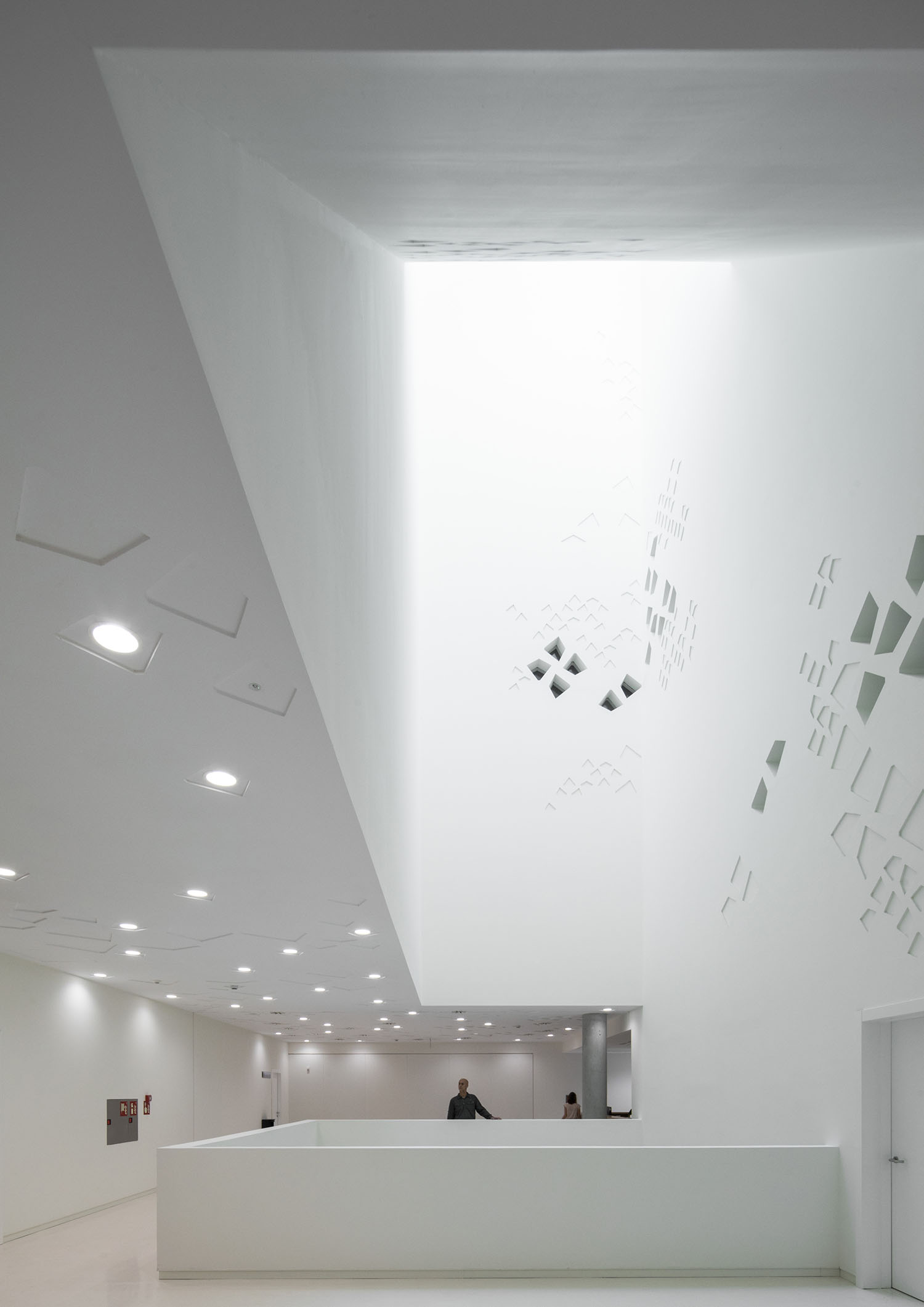 At first glance, the Palace of Justice in Cordoba appears to be a monstrous 5-story building spanning across streets and streets of the medieval city. It’s hard to see how the architects can justify the design being of Moorish influence but for the patterns upon the façade. However, upon closer inspection and a birds-eye view, it’s clear how the building has been broken up into various fragments, creating huge voids and courtyards throughout.

By opening up the building, introducing light into internal rooms and forming airy patios, Mecanoo created a building akin to a small village. The layout and function are directly influenced by the medieval history of Cordoba, as are the courtyards, which were a central tenet of Islamic architecture and medieval city planning when the city was first established. 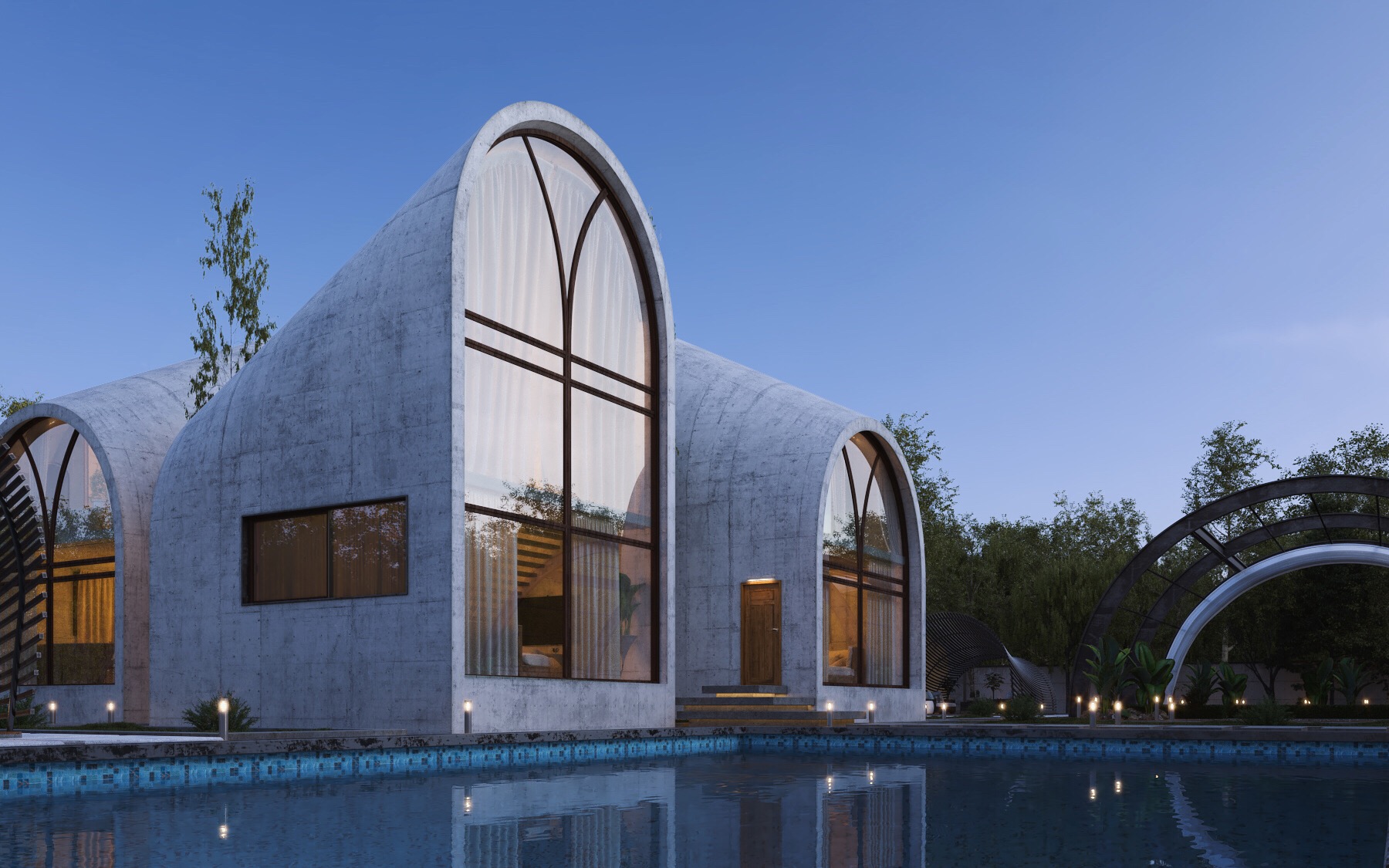 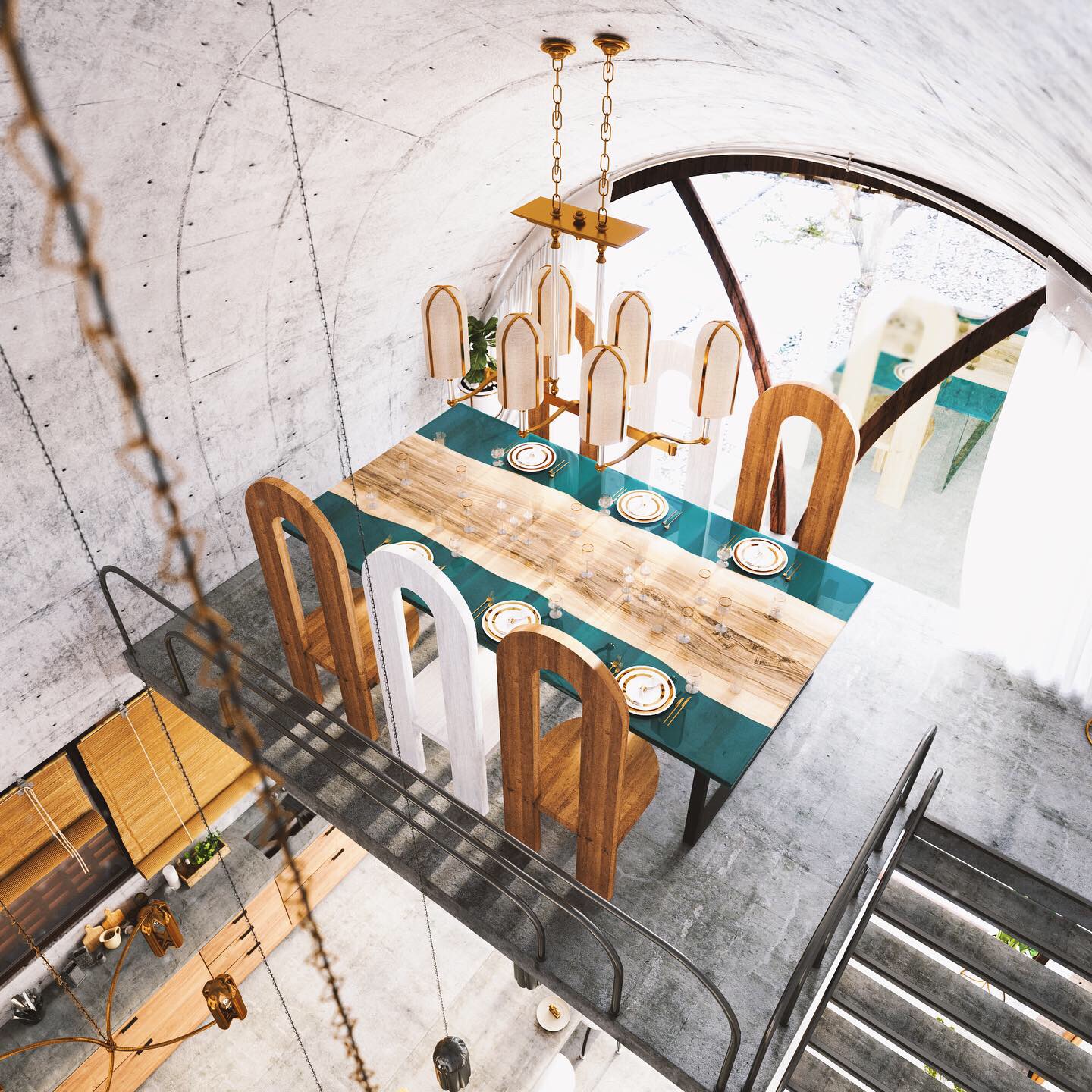 Designed to bring elements of the Iranian vernacular to a summer home in Germany, the stunning Arc House Villa by Milad Eshtiyaghi embraces traditional Iranian design features and translates them into a modern and spacious 3 bedroom home.

The four distinct sections of the property are a nod to the importance of symmetry and the significance of the number 4 within Iranian architecture. The concrete arches, which create the vaulted roofs of each space, are reminiscent of the traditional Iwan doorways of Persia. Inside the double-height spaces, the architects personally designed and manufactured many of the furniture pieces to sit harmoniously within the space. Chairs, beds, sofas, chandeliers, TV tables, bathtubs and vases were all designed with the history of Iran in mind. 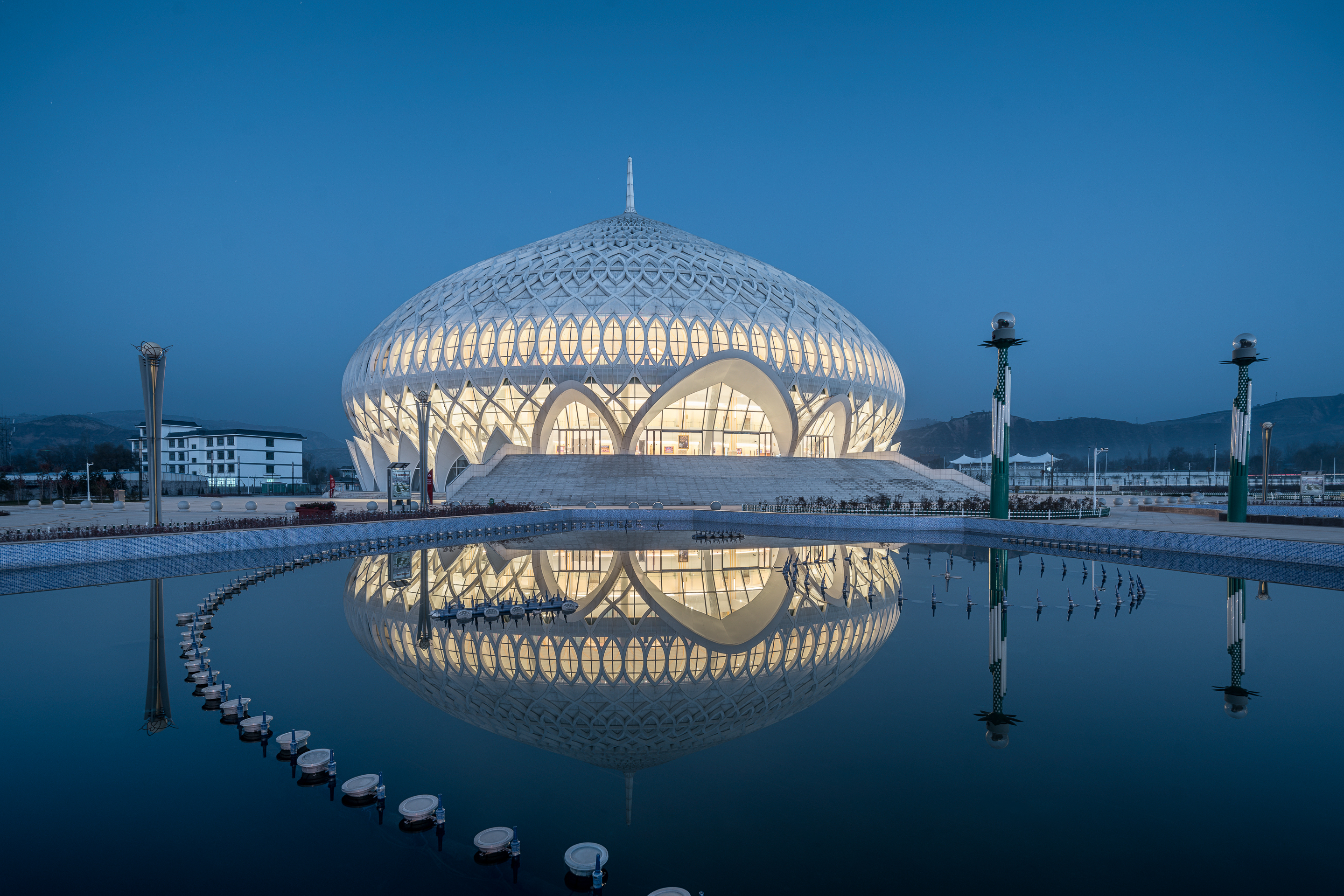 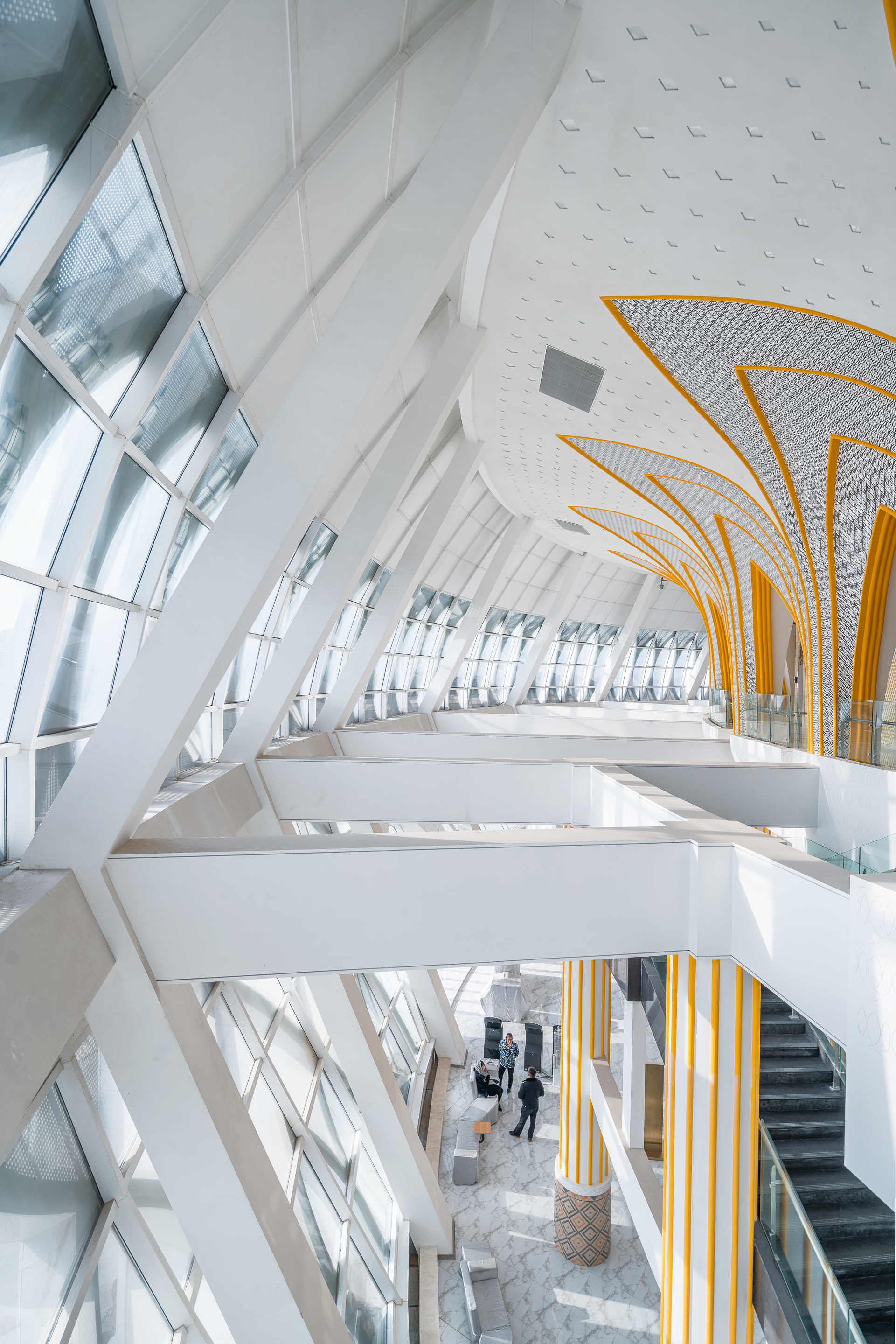 There are plenty of Chinese landmarks inspired by middle-eastern design, too. The woven steel of the Linxia National Grand Theatre is an incredible feat of engineering. With the architects opposed to traditional curtain walling or concrete, the façade is made up of steel beams that are individually welded together, creating an intricately patterned and textured dome. A transformative and adaptable concert hall sits within the visually delicate shell. The design uses incredibly modern techniques to create strong ethnic characteristics that resonate with the local people. 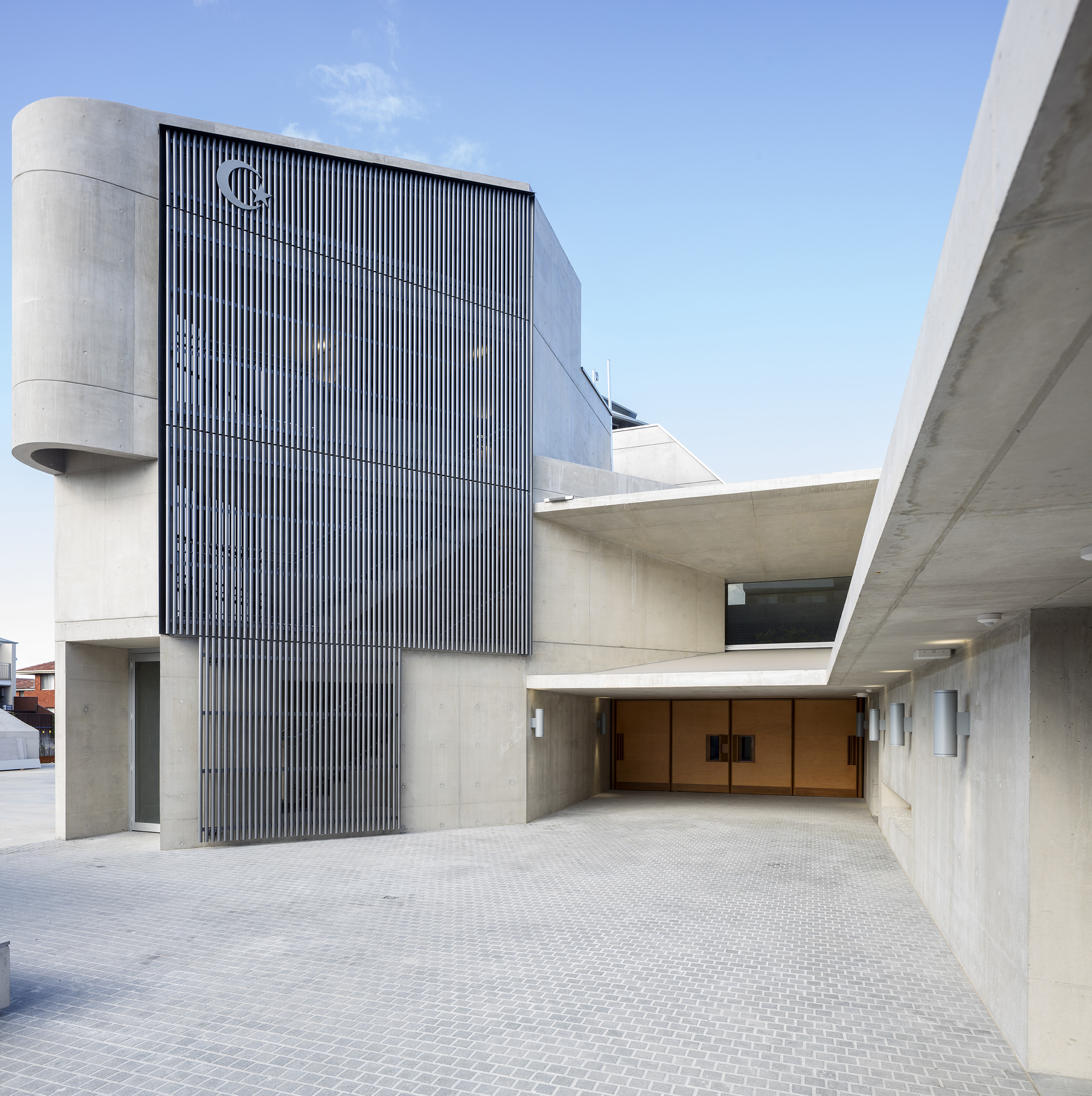 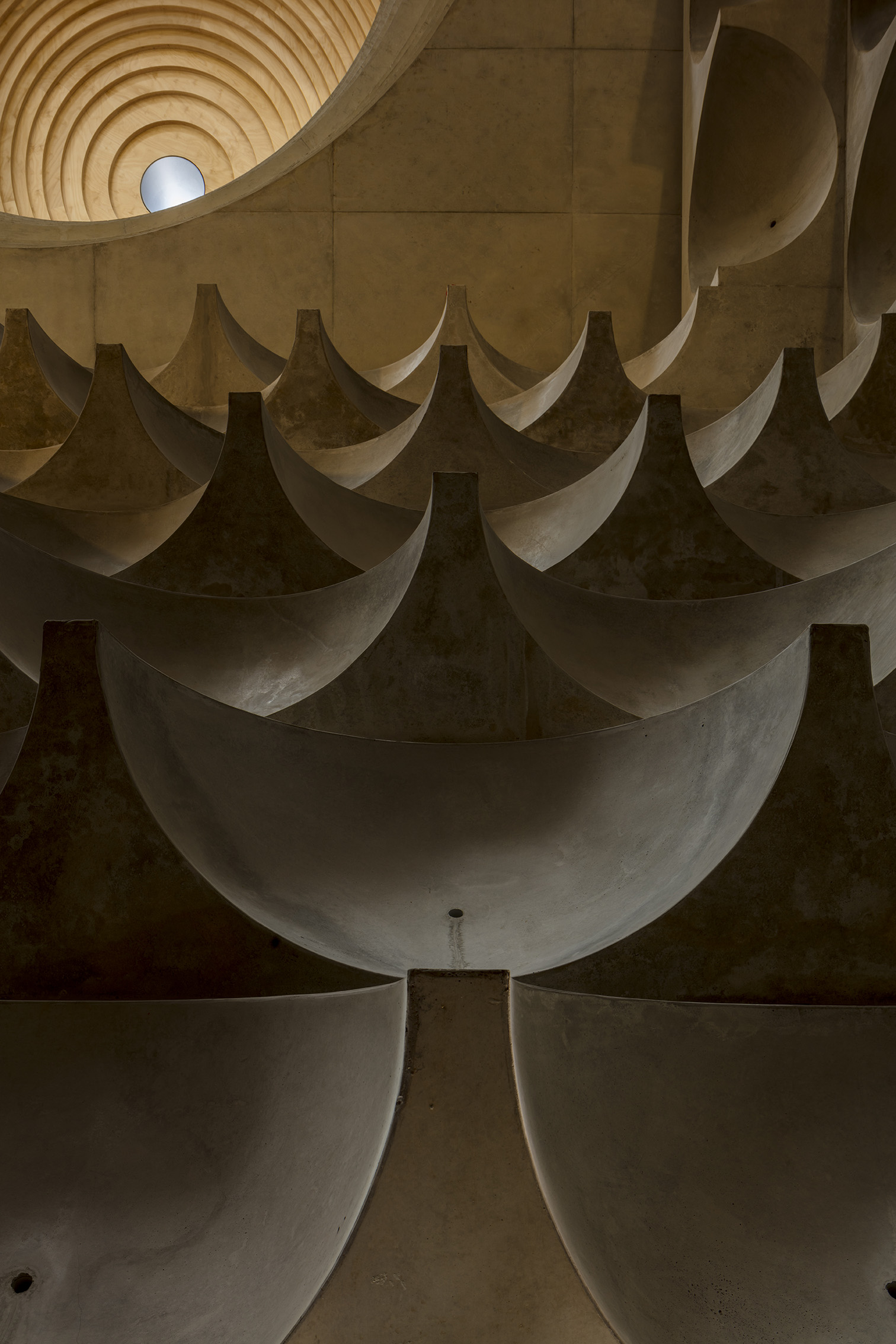 With a total of 103 concrete domes and ornately decorated with Islamic calligraphy depicting the 99 names of Allah, Punchbowl Mosque proves that a modern interpretation can be equally as beautiful as an original. 20 years in the making — and with a promised lifespan of 1000 more years — this concrete mosque looks more Brutalist than Islamic on the exterior.

With its seamless layout, a new take on the traditional ornamental vaulting of ‘muqarnas’, and a modern minaret, it’s clear that Candalepas Associates have taken every aspect of a conventional mosque and brought it hurtling forward into the 21st Century.

Kashan sits in the heart of Iran by the Maranjab Desert and the Salt Lake. The historic city dates back almost 8000 years, and is world-renowned for its glazed ceramics and textile arts and beautiful architecture.

Saadat Historic House is a 140-year-old property with garden courtyards on three levels. The home covers over 1000 square meters of closed, semi-closed and open spaces flowing from one to another. Architects Parisa Manouchehri Design took the silhouette and geometry of traditional Islamic architecture and used a crisp clean pallet to modernize it while retaining its complex beauty. 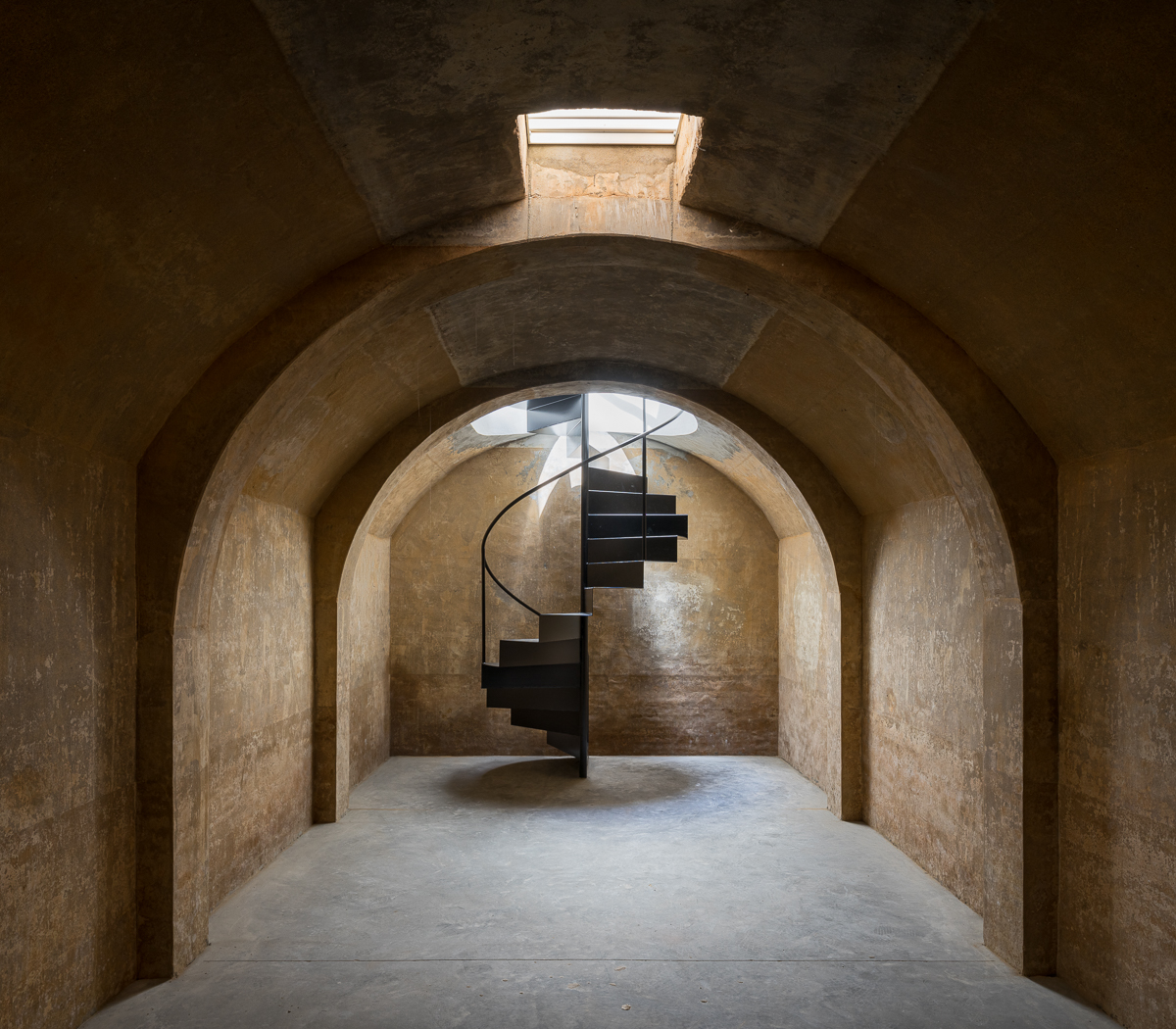 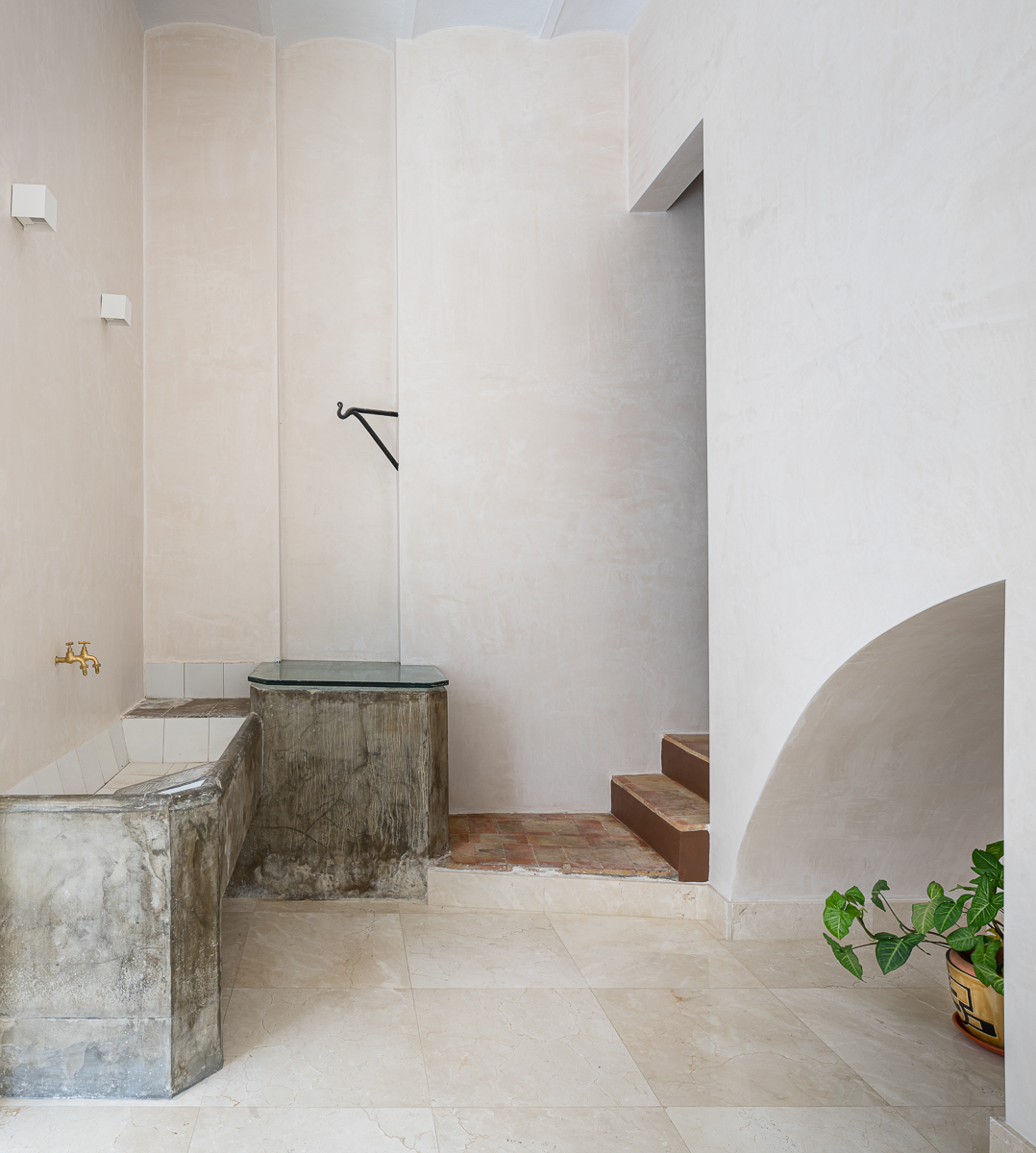 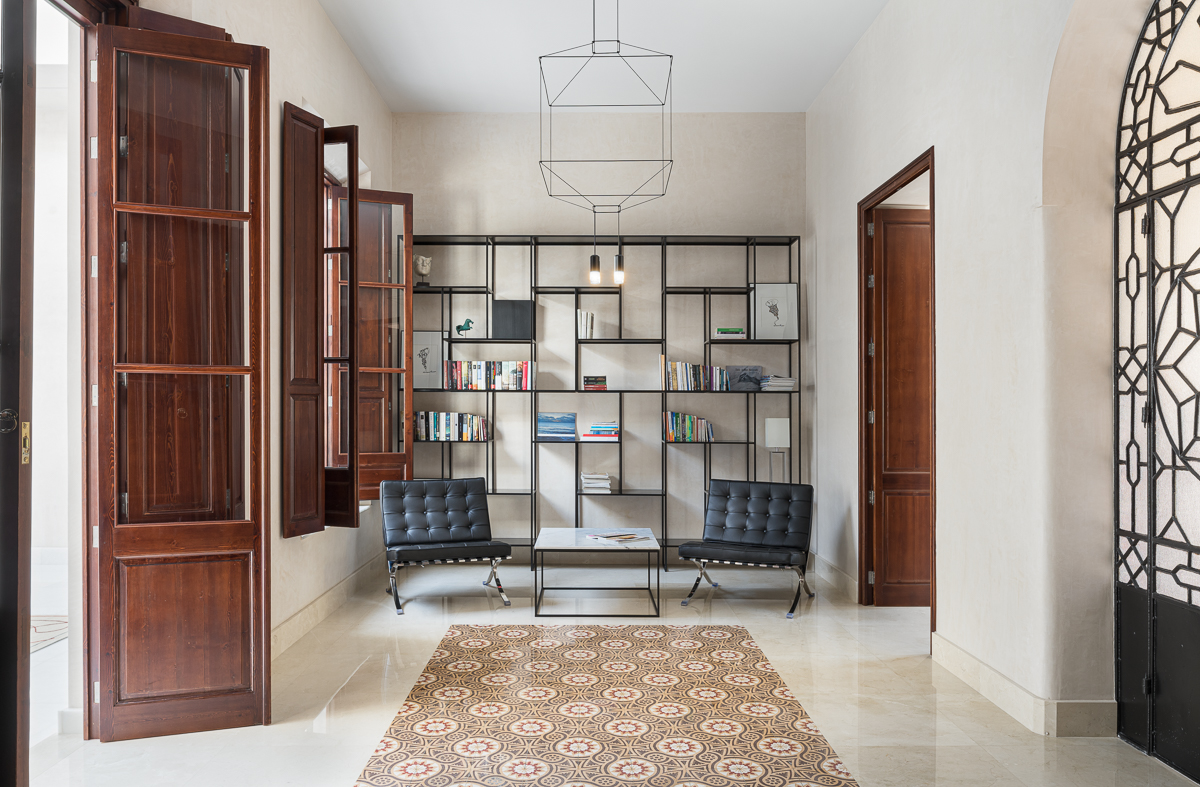 Once a traditional Muslim dwelling, Dmous Atrio was modernized but retains a strong connection to its origins. González Morgado Arquitectura took this early 19th century home updated it to suit a modern taste and lifestyle. Naturally light and bright — thanks to the courtyards and internal windows — the home is spacious. A plain backdrop serves to highlight the traditional renovated features.