Let’s be honest — for most of us, the idea of moving into a tiny house (we’re talking under 400 square feet) doesn’t seem particularly alluring. We let ourselves imagine the pristine, uncluttered kitchen space and cozy sleeping quarters until our logical self kicks-in: Where will visitors stay? Is there room for a washer? What about a desk? And so on …

What does resonate with a much larger crowd is the pull of a simpler, more intentional way of living. Downsizing means getting rid of excess things and forces you to prioritize what’s important to you in the physical world, which more often than not translates into your mental one. As impressive and liberating as it can seem, downsizing doesn’t need to be as dramatic as moving to a plot of land and putting hammer to nail to build a new home for yourself. Instead, looking to well-designed and well-utilized spaces can help plant the seed of inspiration to make changes in your home.

Whether it’s installing strategically placed shelves, redoing a floor plan or simply adding some curtains, one of the best features of small homes is that minute changes can have big effects. 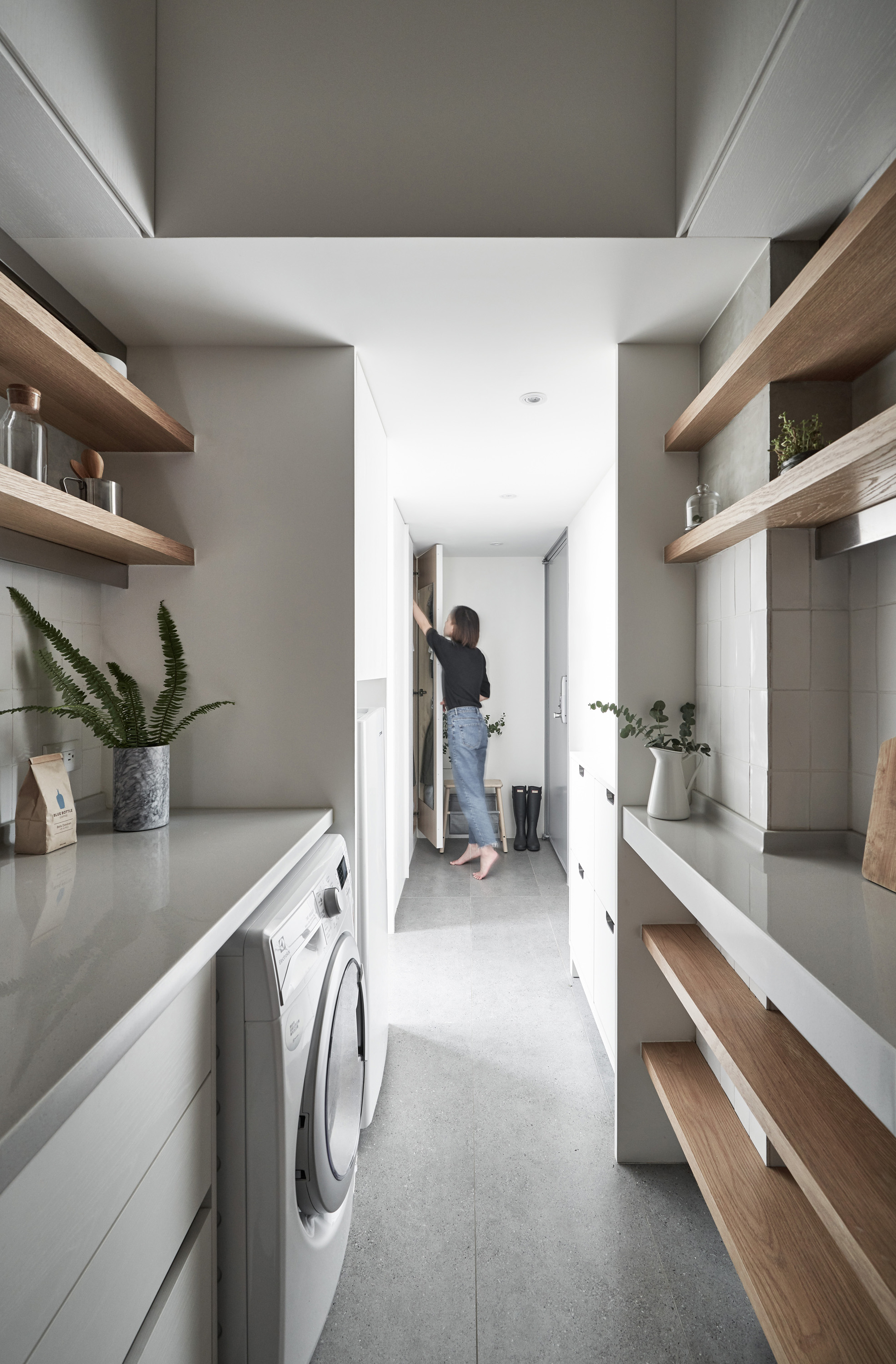 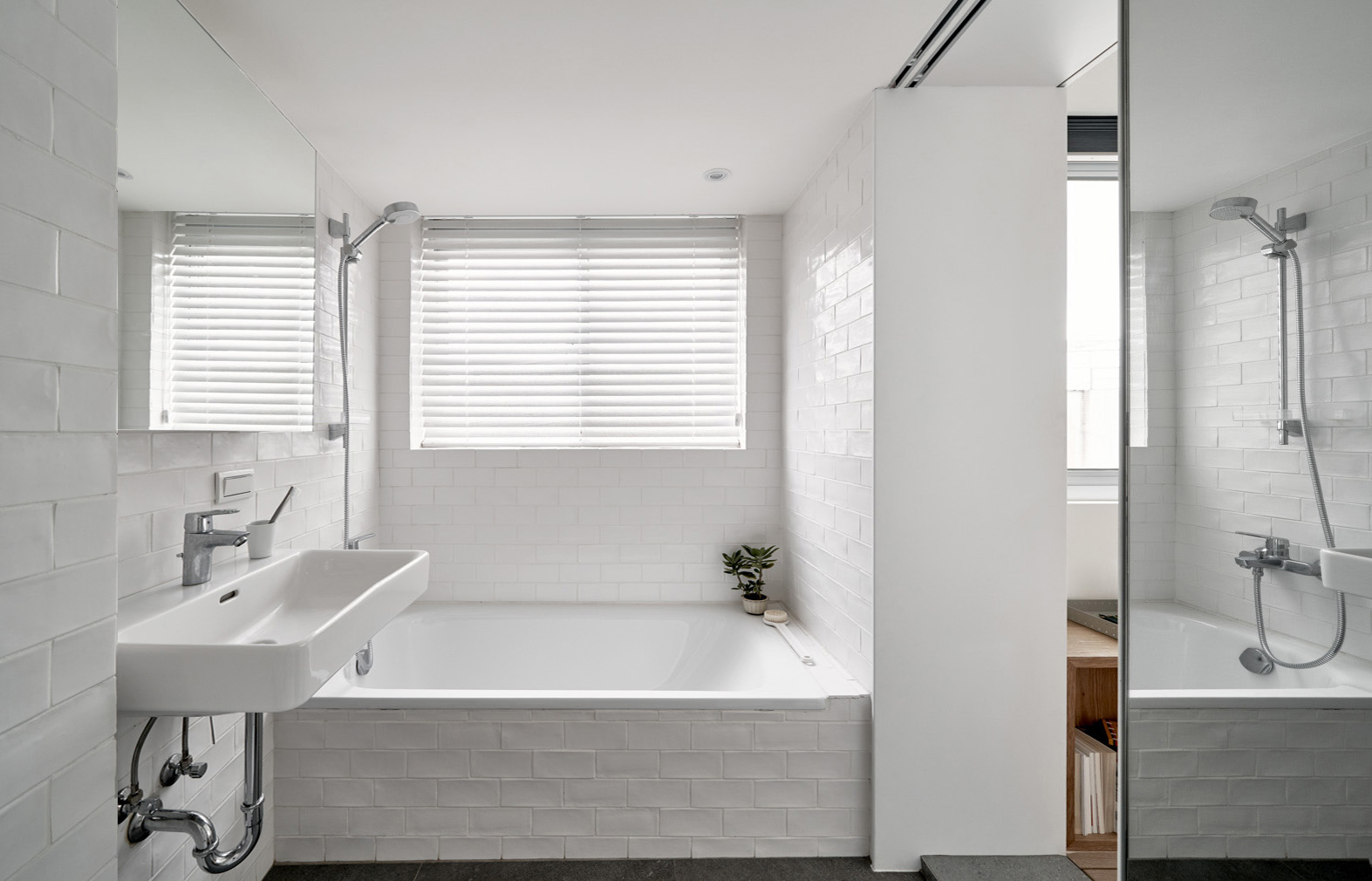 It’s not a surprise that small spaces require smart design. In the case of apartments like this one in Taipei, which is just shy of 190 square feet, strategic storage becomes a necessity. Features like the folding desk, stair storage and the sliding bathroom door allow the owner to maximize space when needed without skimping on the basic needs of a home. Previously used as a piano teaching studio, the apartment underwent a series of changes which re-purposed and rearranged the floor plan. Exchanging the bathroom and kitchen eliminated a previous separation between the kitchen and living area and allowed increased shelf storage in the kitchen. Other smart design choices include the hidden cabinets, large bathroom mirror and simple, bright materials. A Little Design played to the existing strengths of the space like the large window and high ceilings in order to create a functional and attractive home. 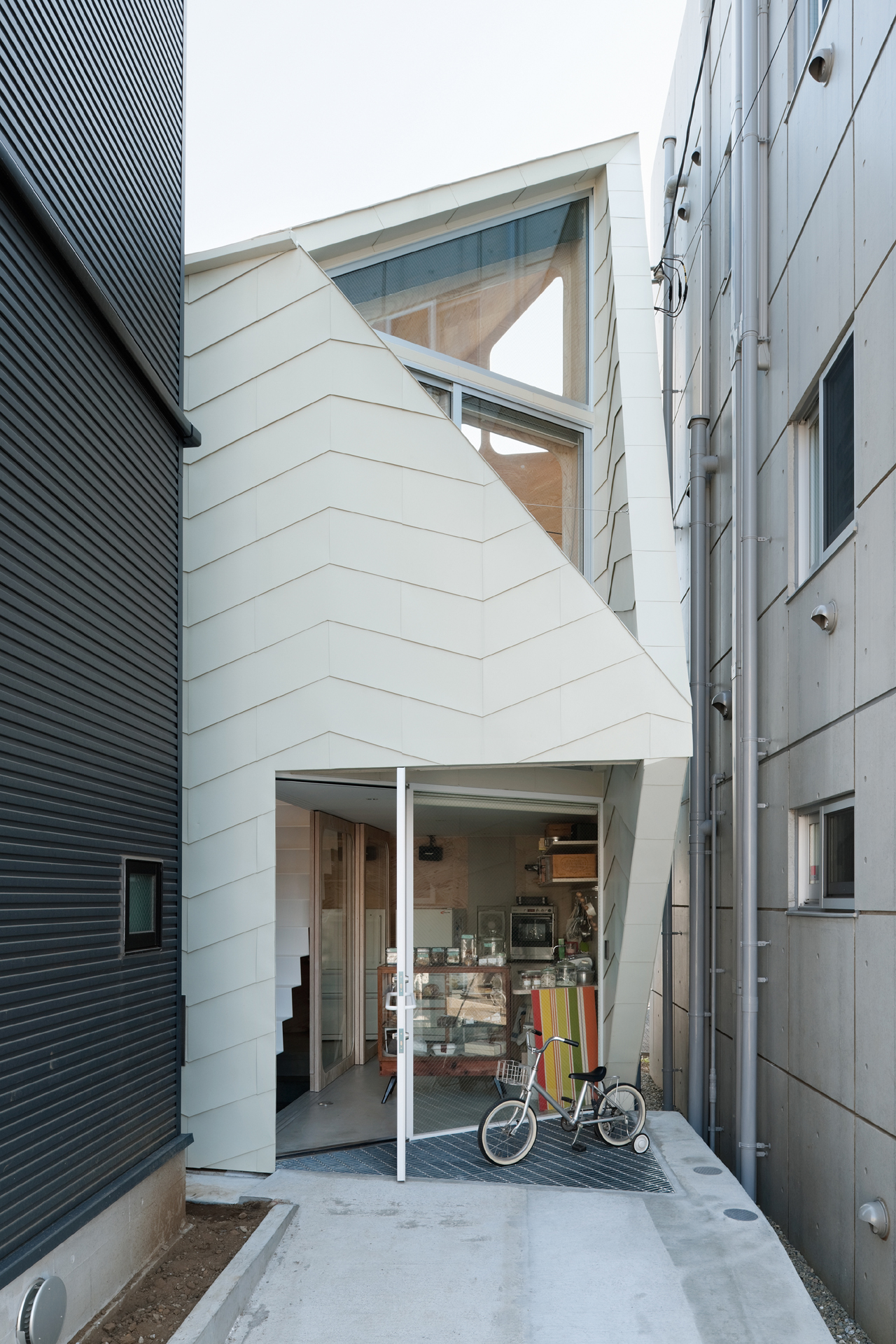 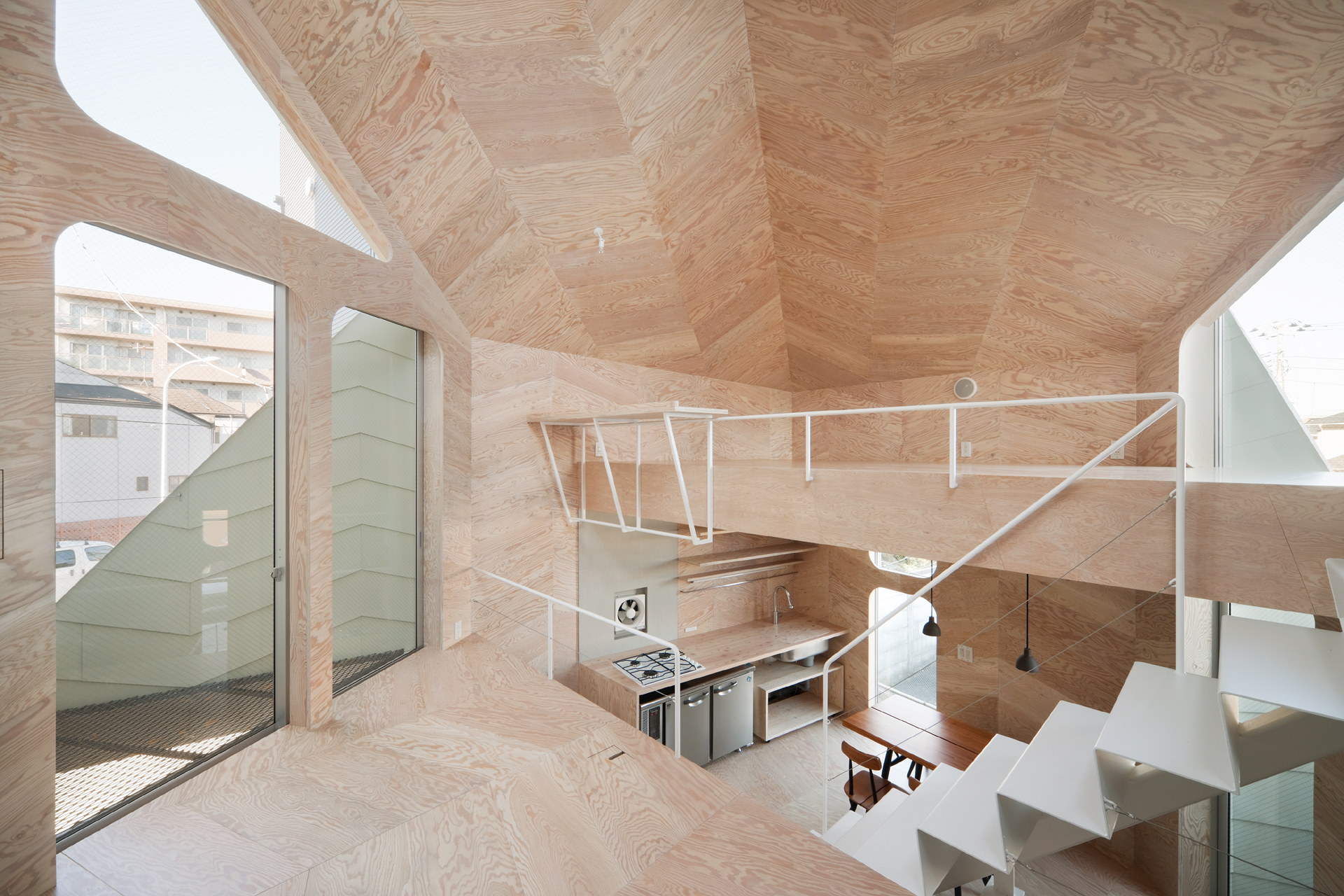 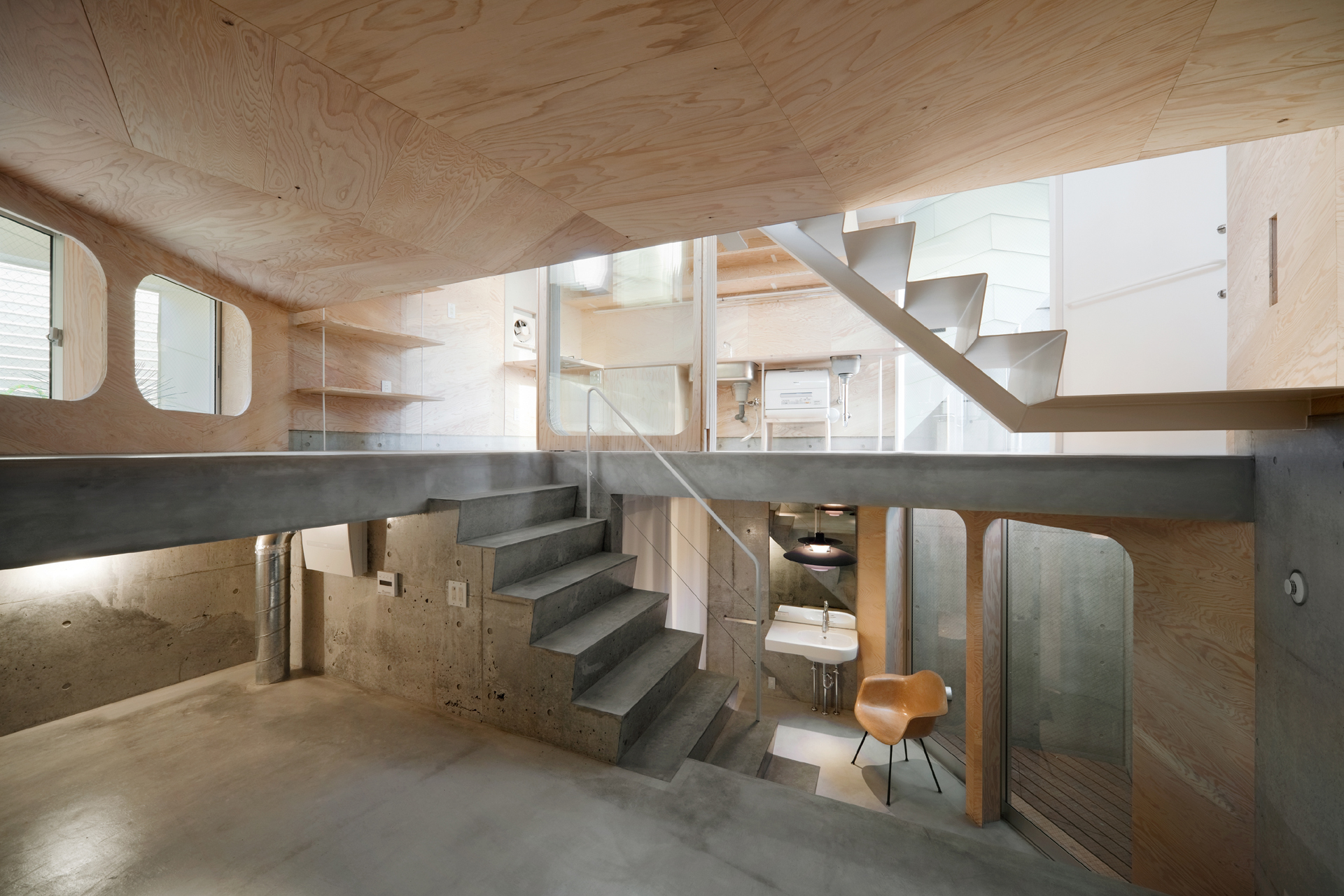 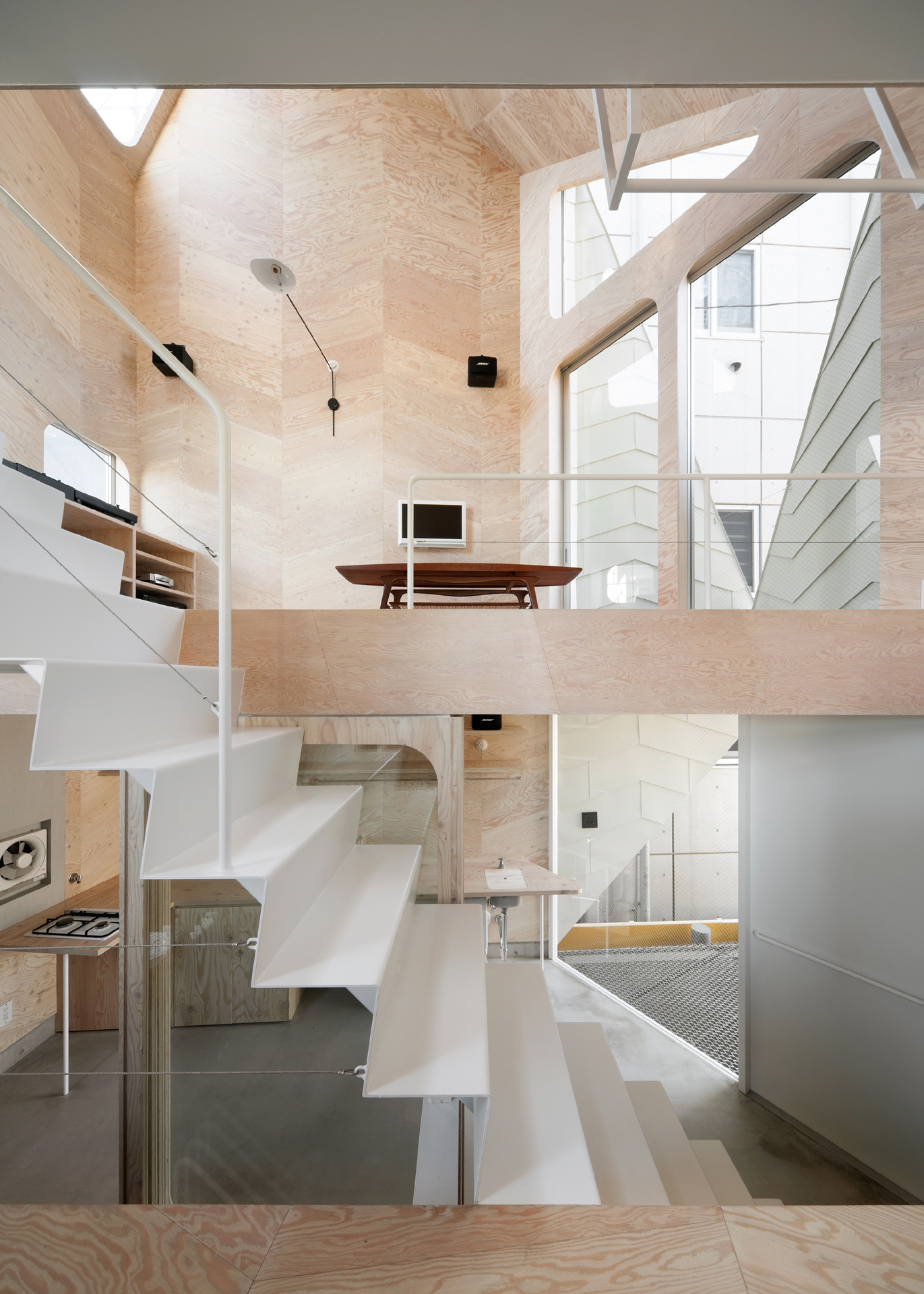 With a biscuit shop occupying the ground level and extending from there to seven levels this 280 square feet home in Tokyo is held together through the minimalist staircase and consistency of materials. Although a unique space, Tsubomi House demonstrates the benefit of a material like larch plywood which brightens small spaces and ties together the multi-story spaces which might otherwise feel disconnected. Other strategic design choices like the lack of walls separating levels, simple staircase and large windows provide continuity as the house winds its way upwards. The choice to have the central staircase as a free-standing structure and its lack of intrusive railings helps expand the feel of the otherwise small levels. 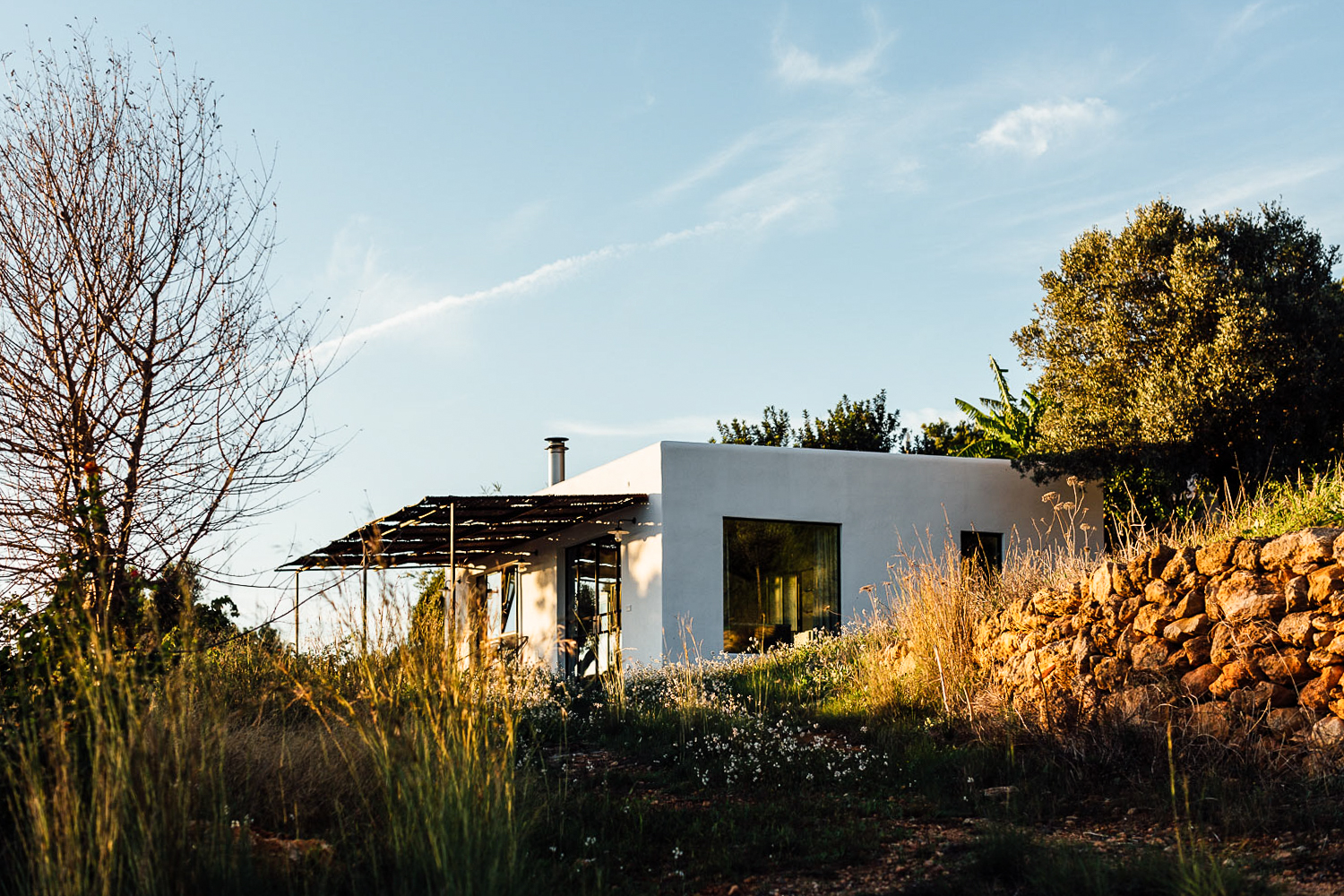 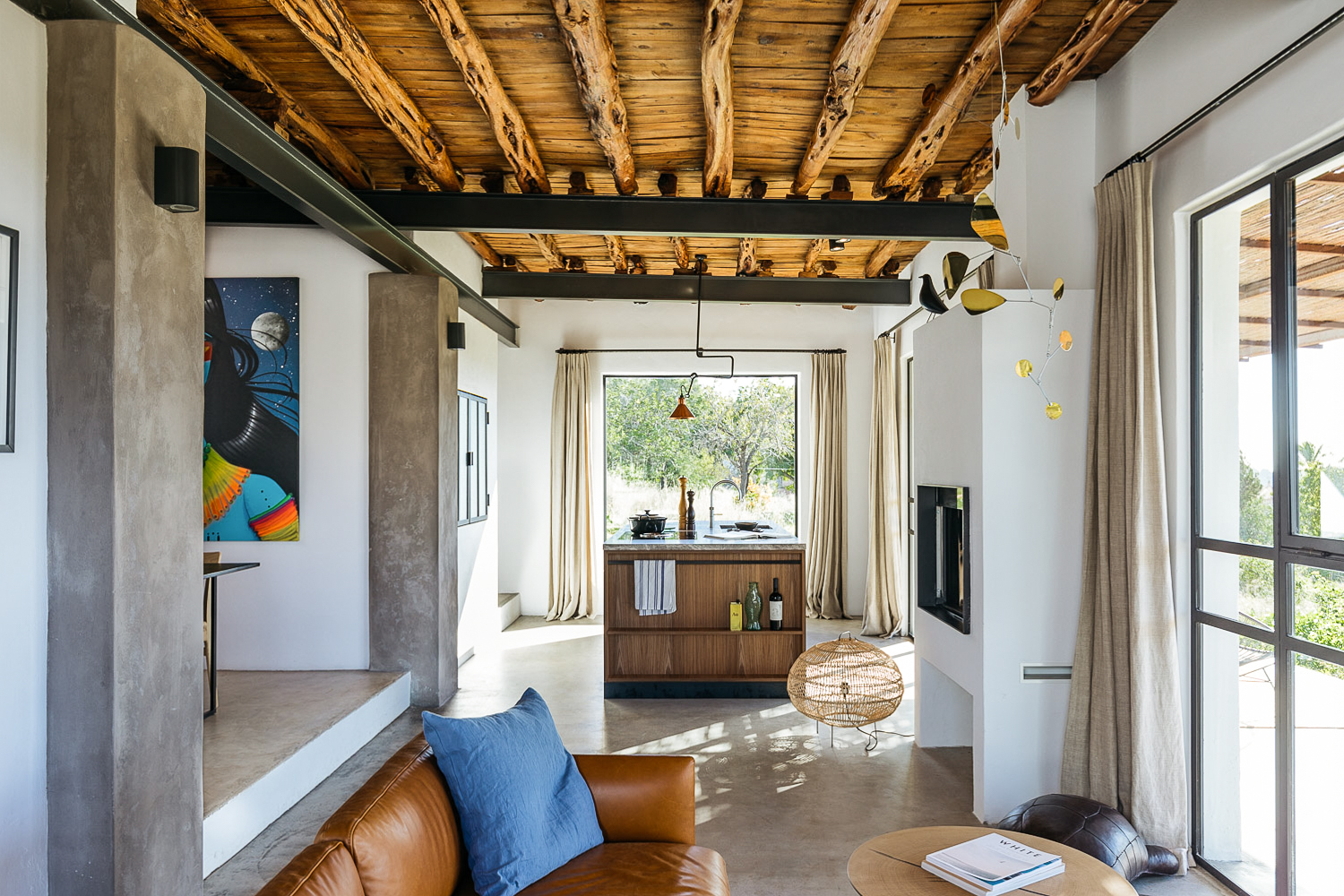 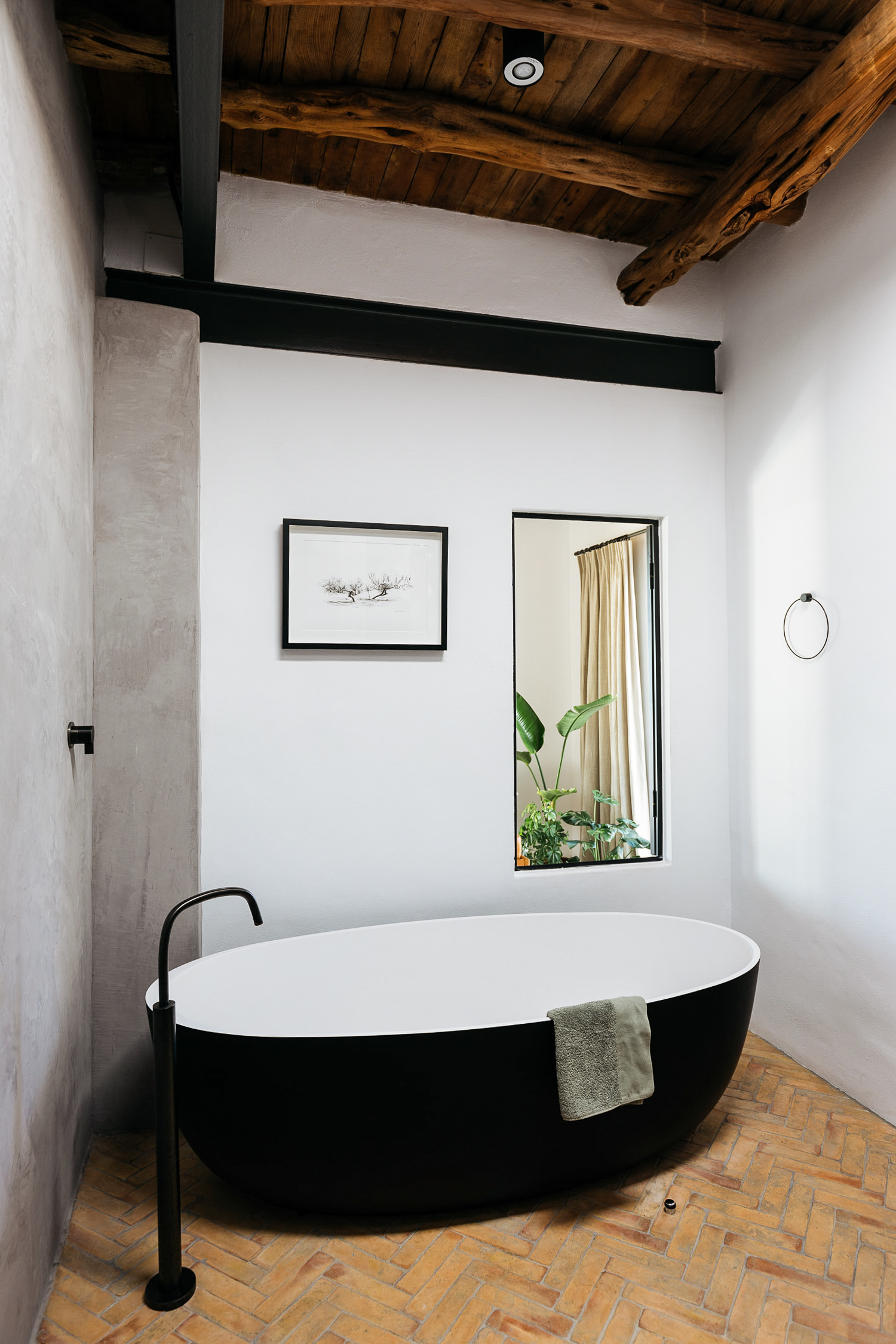 Bring the Outdoors In

One of the best ways to maximize space is to create a seamless transition between the indoors and outdoors. This loft in Ibiza has molded together typical features of rustic Ibizan architecture: white chalk and mud plastered stone walls and ‘sabina beams’ with contrasting industrial building materials: concrete columns and a variety of steel for the windows, door frames and kitchen built-ins. The mixed-use of native materials with contemporary ones update the small space while grounding the design in a distinctly Ibizan tradition. The earth tones of the interior and floor to ceiling windows create a structure that blends landscape with design and expands the space, specifically taking advantage of the mild winters and warm summers on the island. 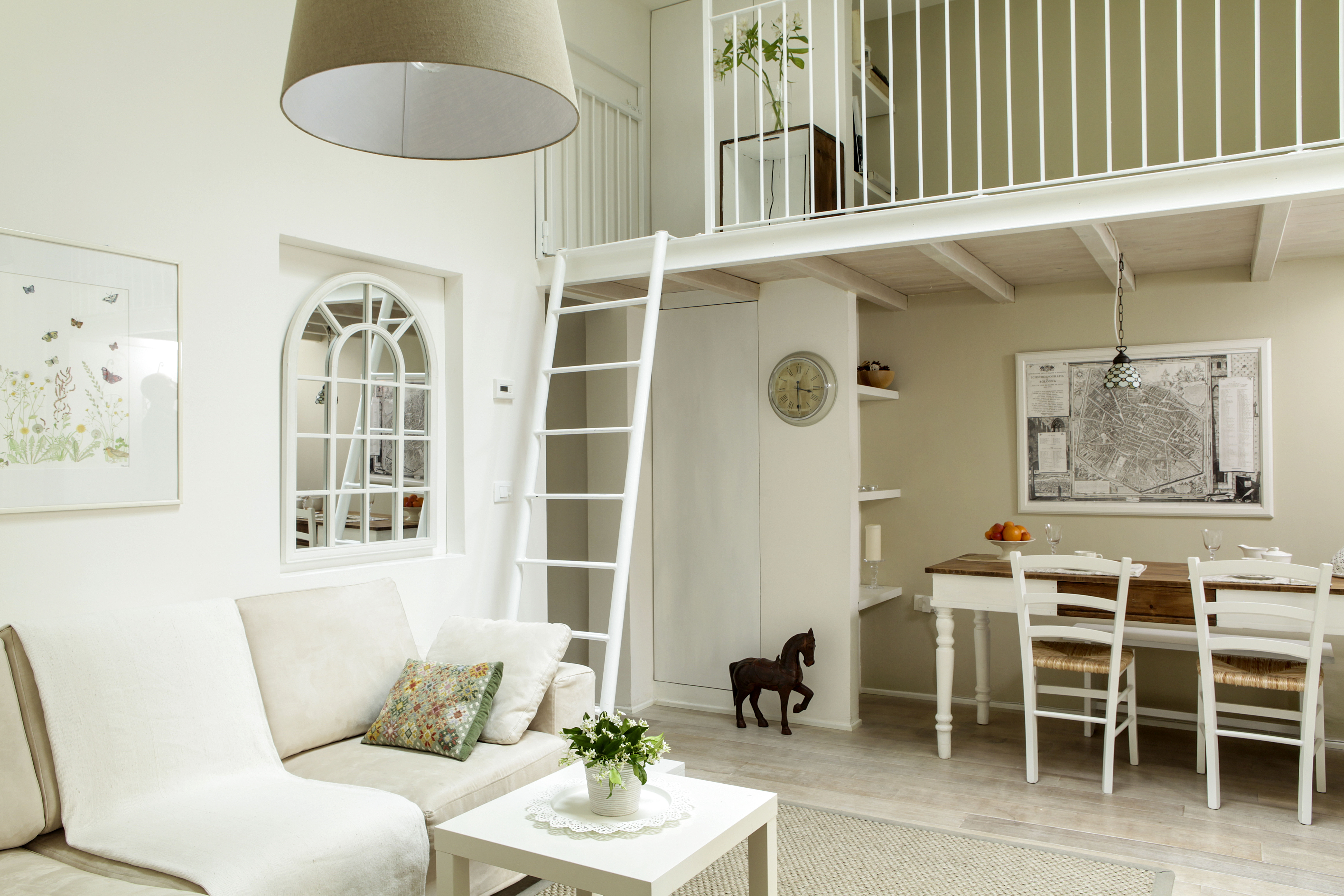 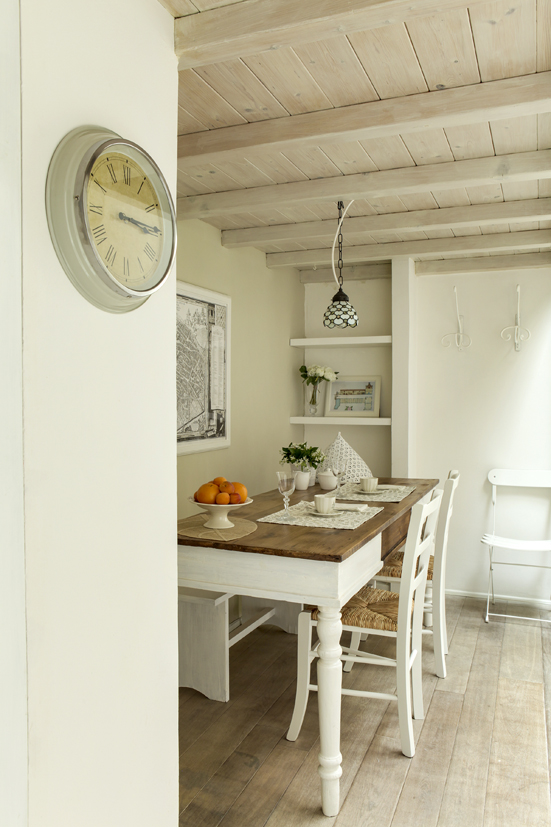 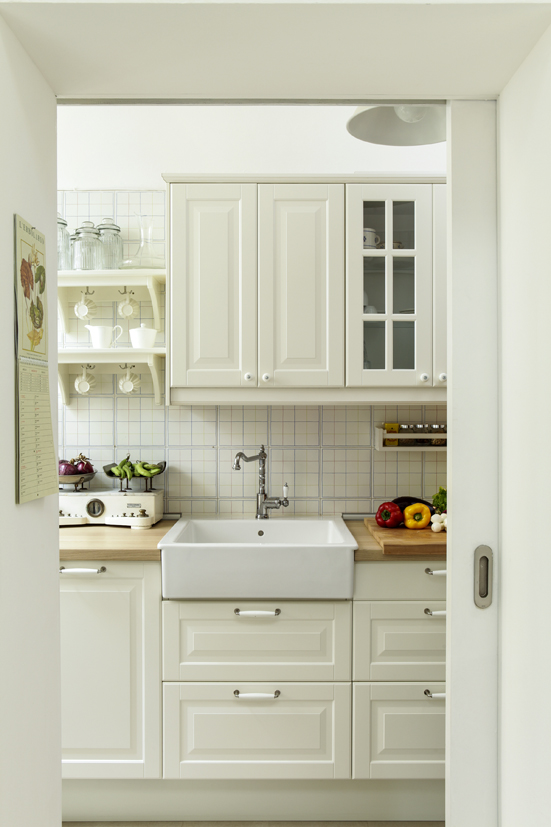 The cozy cottage in Bologna dates back to the 1920s when Italian architecture was defined by high ceilings and thick brick walls. Bettini Architetto took advantage of the existing high ceilings in the Little Cottage to create the second story loft in the living area. It’s not a surprise that tall ceilings make a small space feel larger, but taking full advantage of high ceilings can sometimes be a challenge. To maximize the living area the firm chose to strategically add the loft over an area that yields a cozy dining area and still allows for a clear passageway beneath the ladder to the bedroom and bathroom. Another smart design choice was the white iron balustrade, a detail which encloses the loft while keeping it open and accessible to the rest of the home. 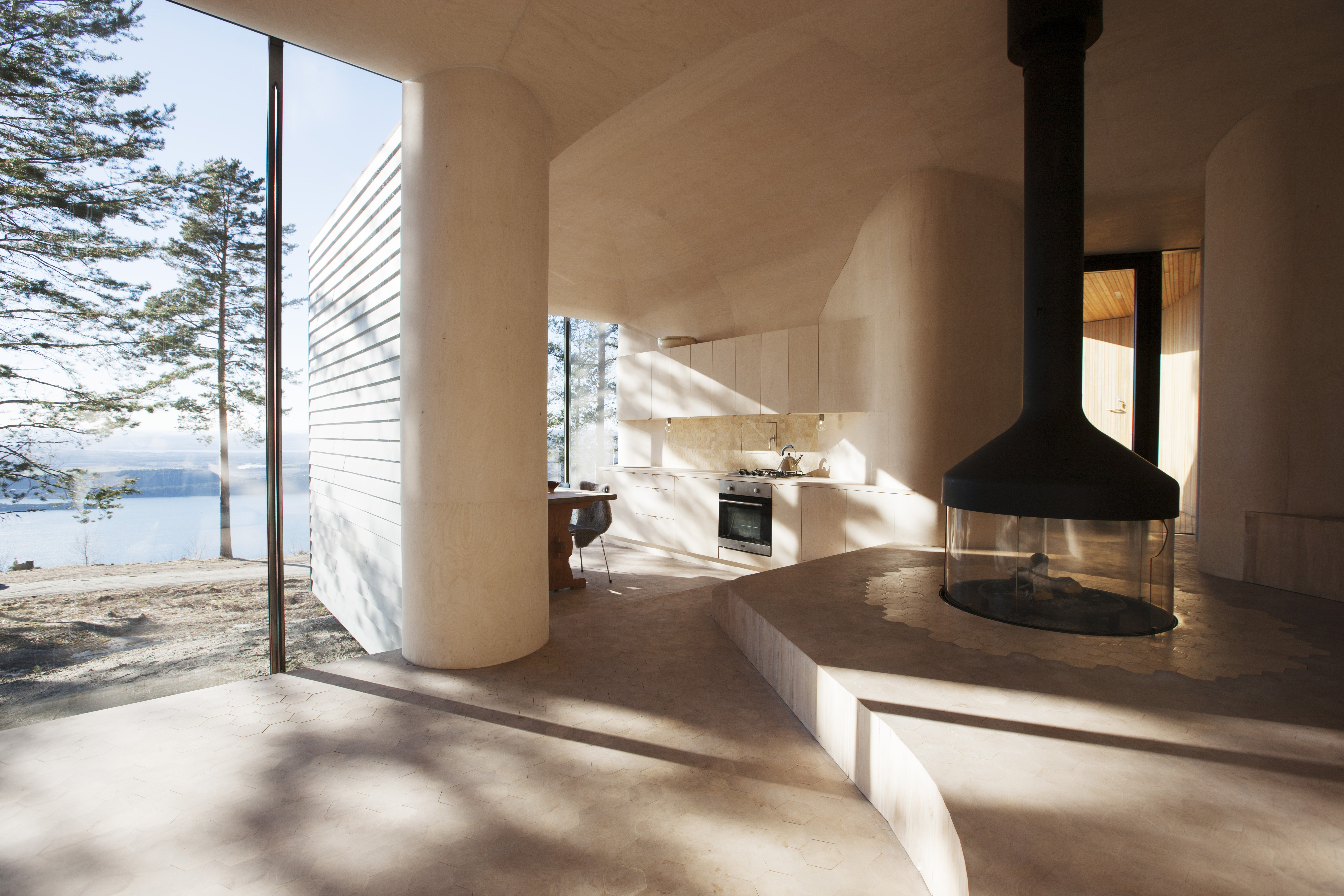 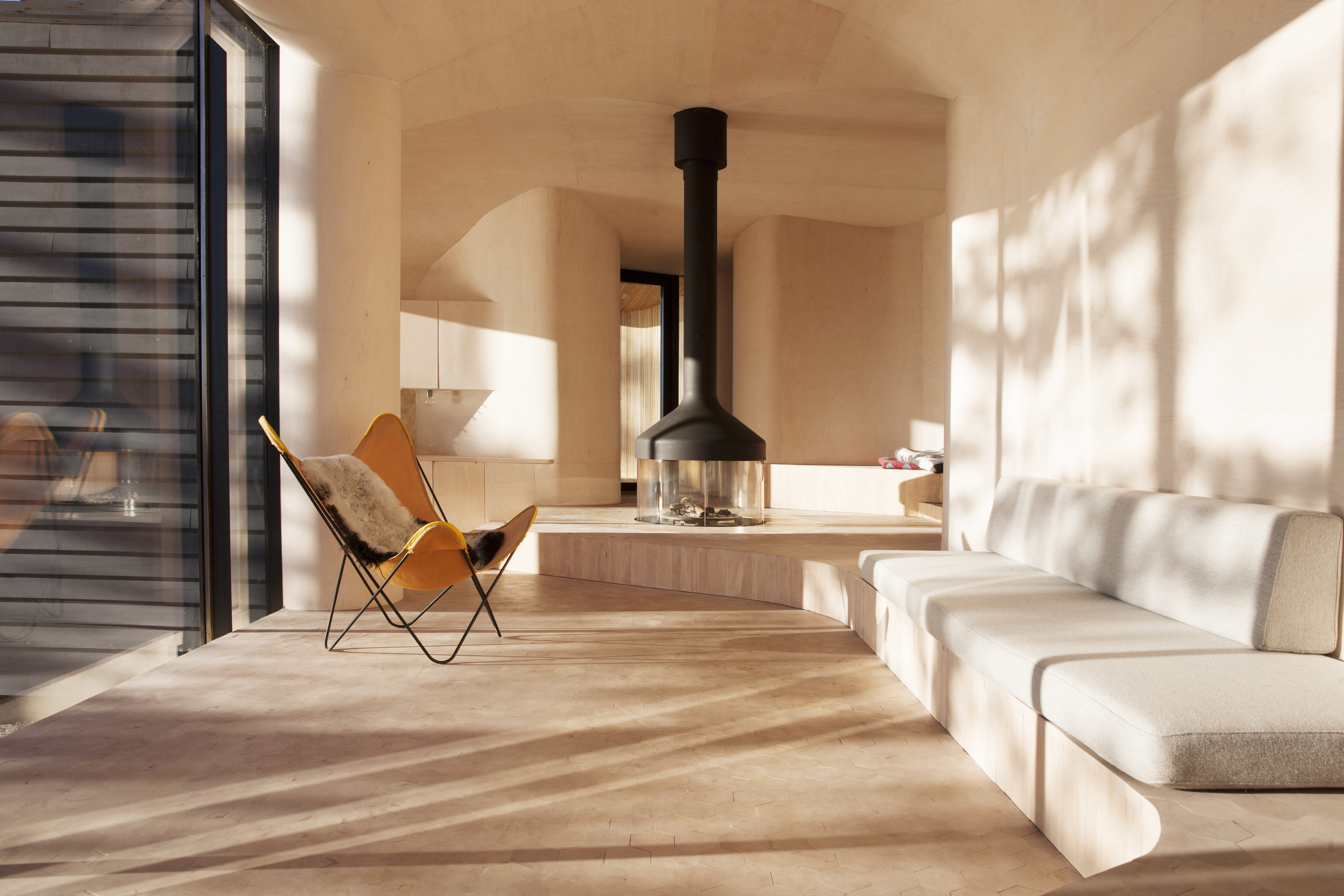 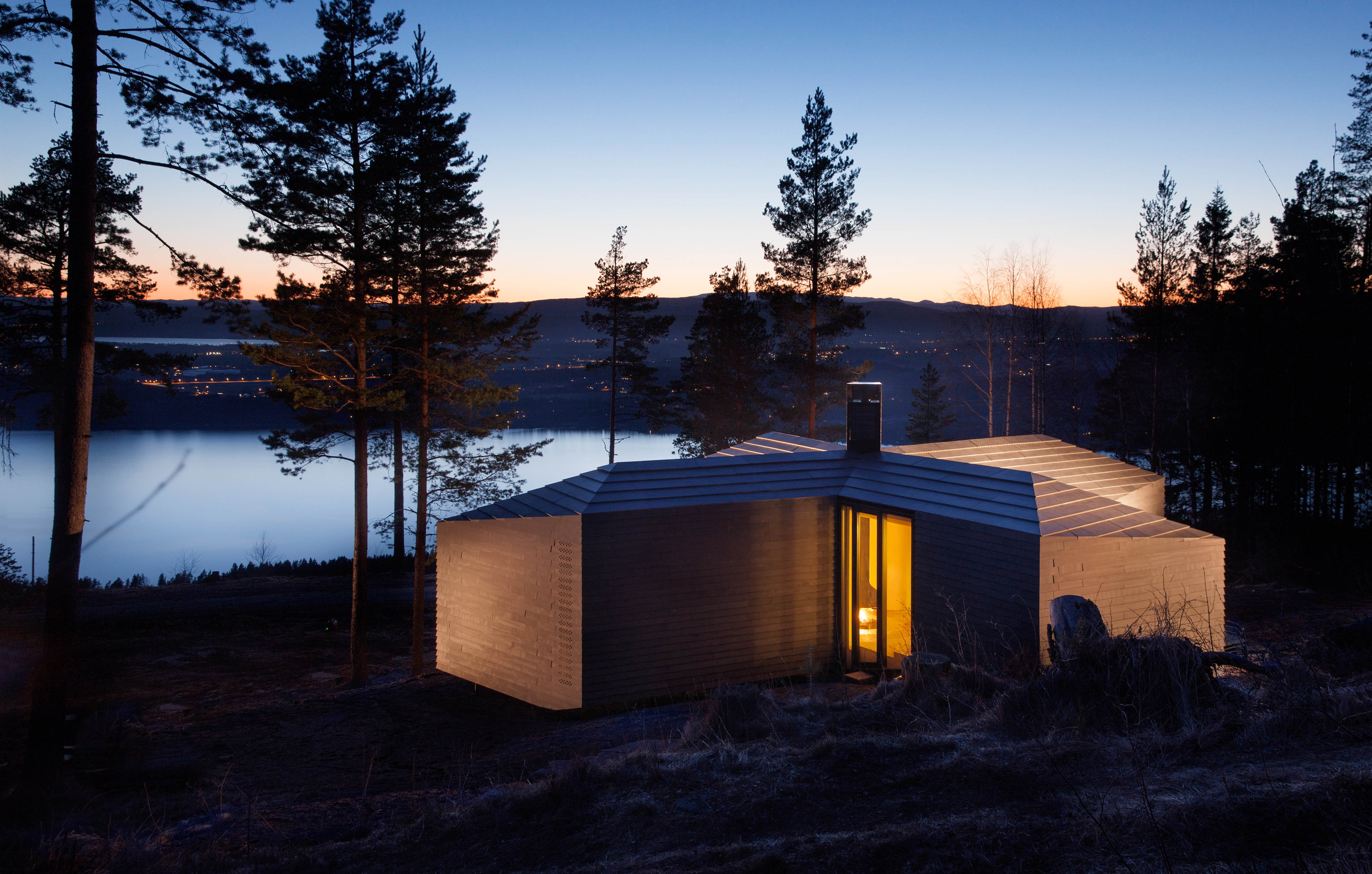 The View as the Centerpiece

The Cabin at Norderhov sits roughly an hour north of Norway’s capital, Oslo. The harsh weather conditions have made typical Norwegian architecture sustainable and durable on the outside and cozy and light filled on the inside. The architects took advantage of the real estate by installing large, windowed walls which prioritizes the view throughout the home. Birch plywood was used to wall the inside, optimizing how the flood of natural light interacts with the almost seamless interior. Comparatively, the small cabin in Norway has utilized a similar tactic as the Tsubomi House (Tokyo Bud House), but rather than have the focal point be the staircase winding upwards, the simple interior leads towards the dynamic view. 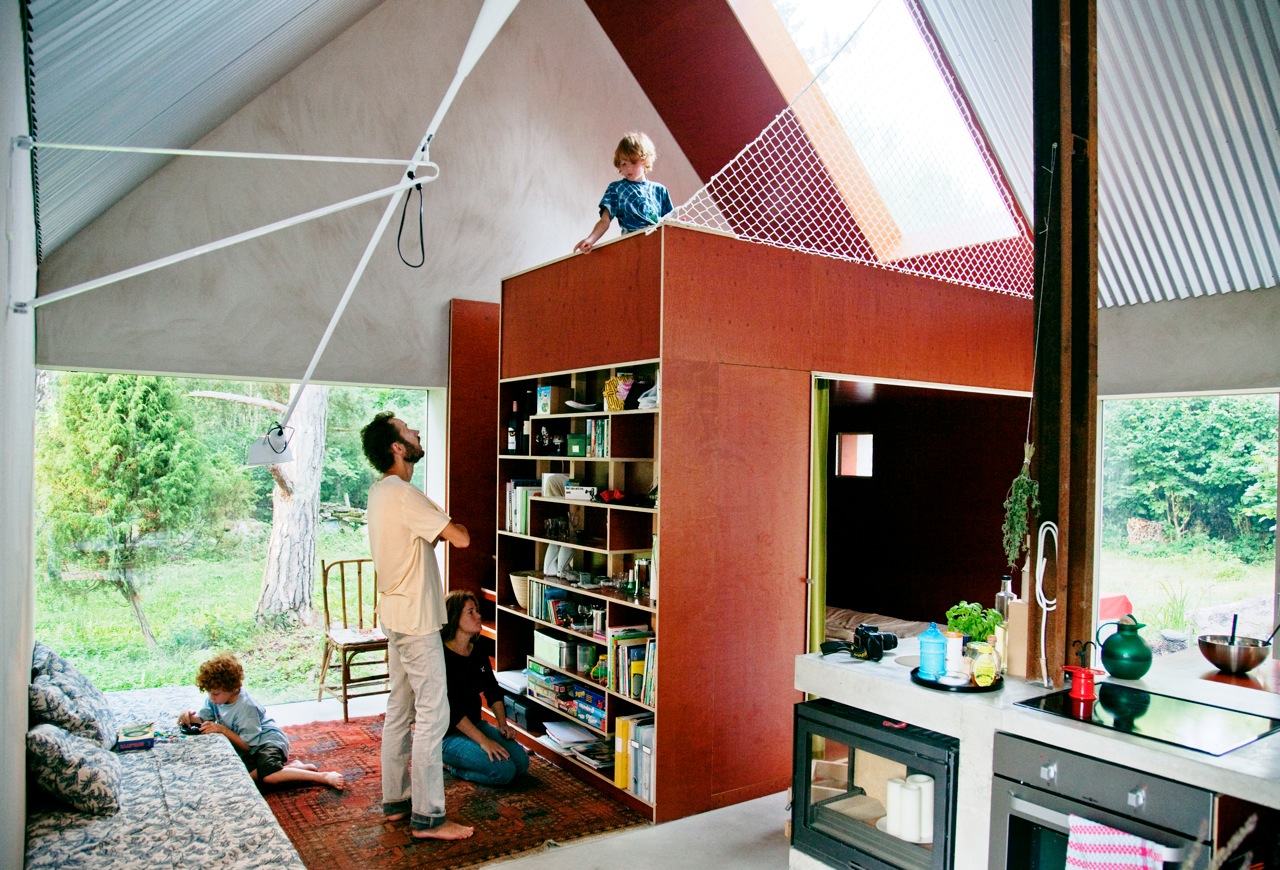 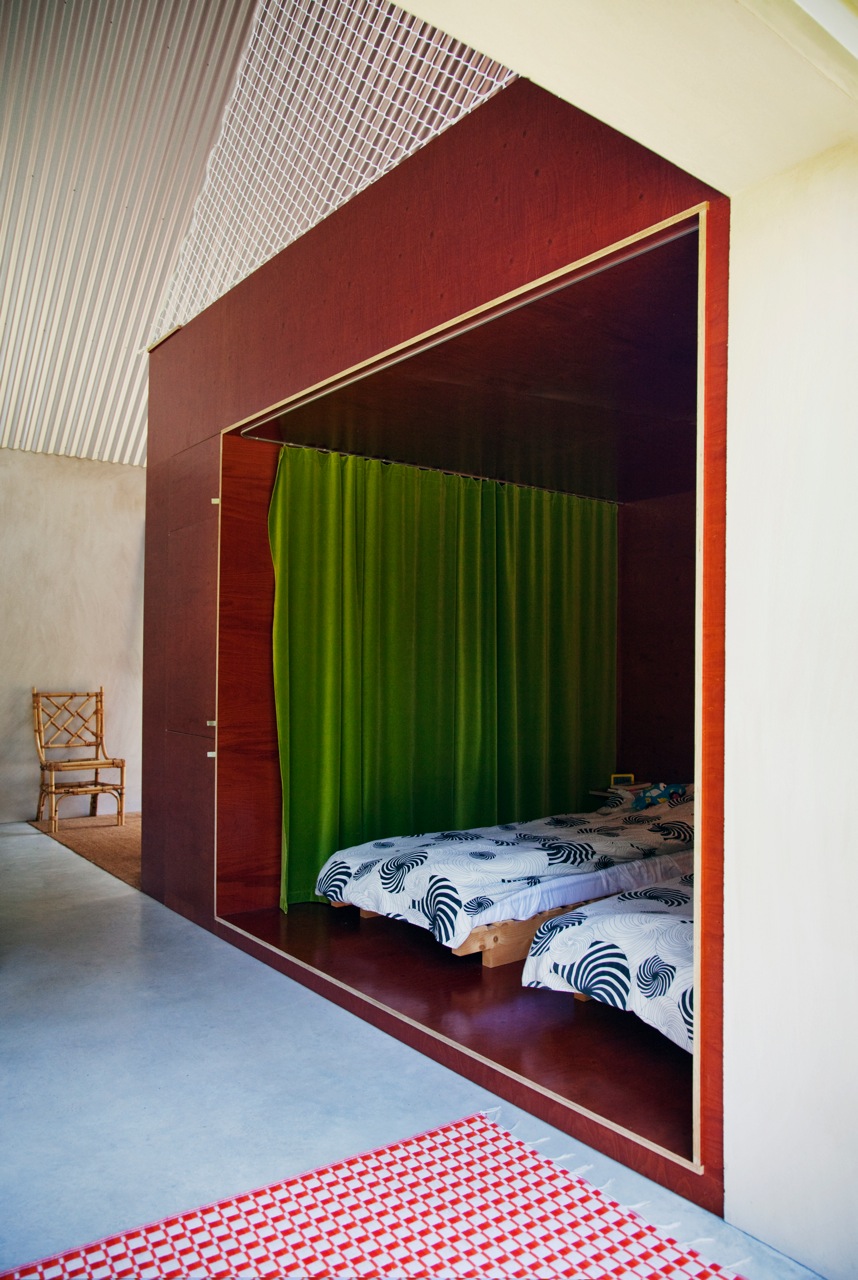 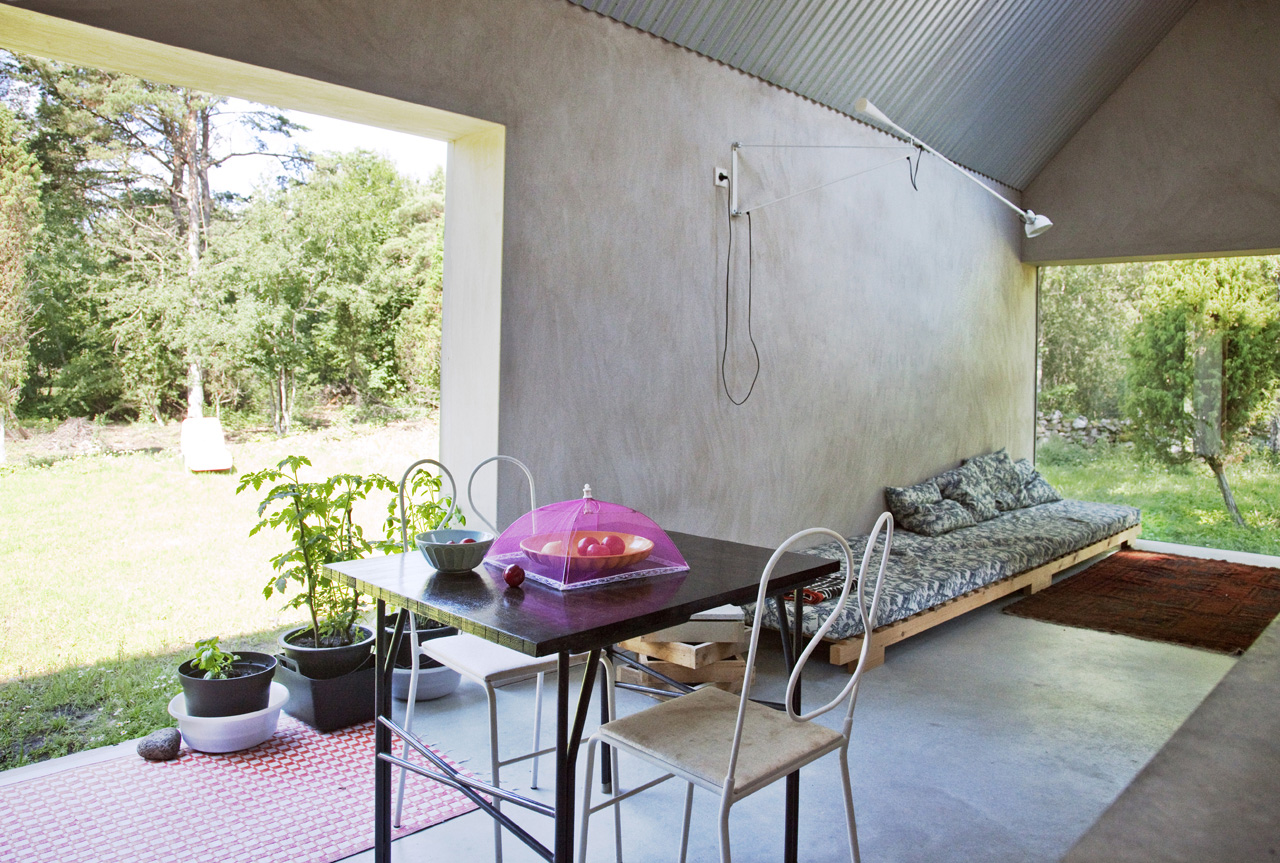 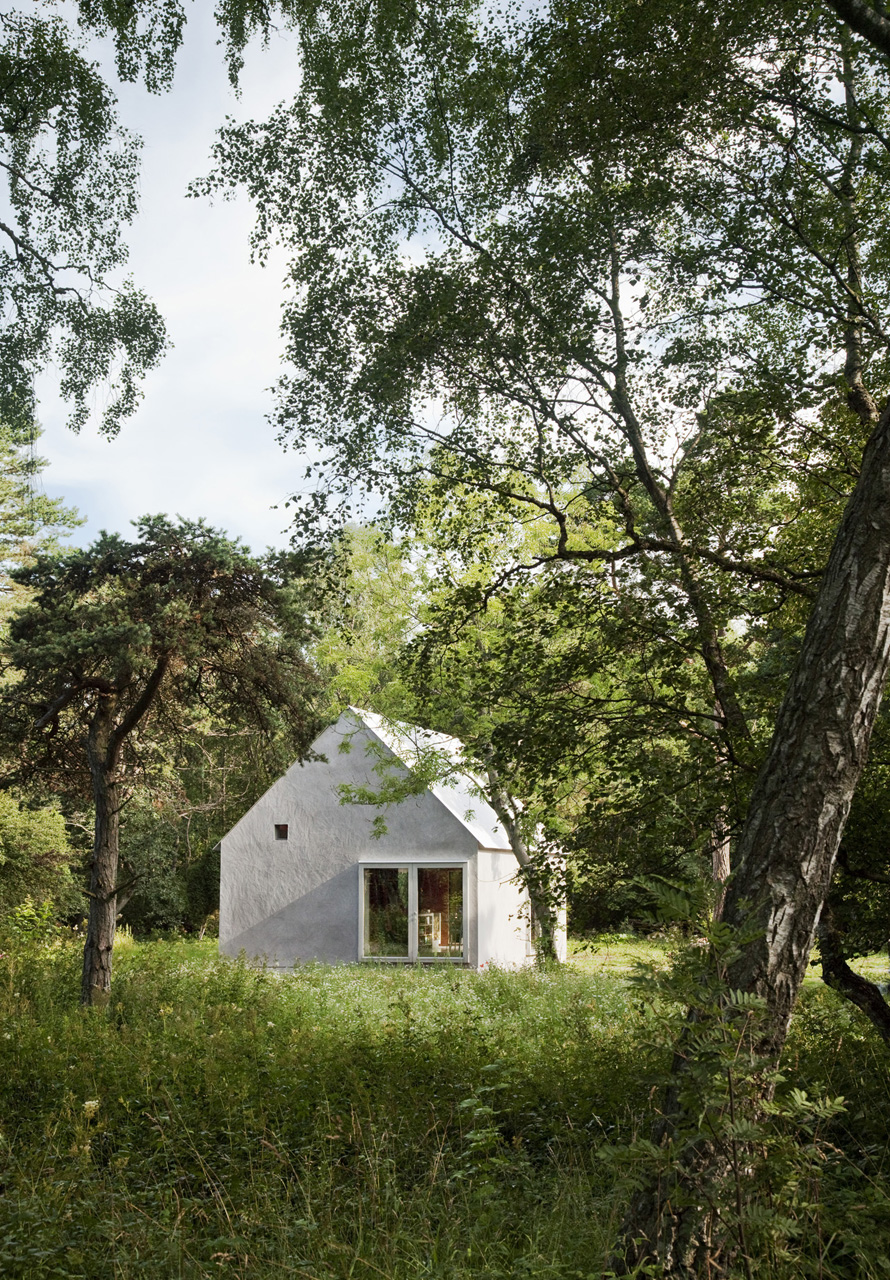 Space in the Air

A large chunk of space can be lost in the high ceilings of a small space. As mentioned in the Little Cottage project, utilizing high ceilings can be a challenge because there is a fine line between making use of space and over-crowding it. This summertime escape on Sweden’s island of Gotland was sustainably built and takes advantage of two plywood volumes which provide a place to sleep inside and play above. The simple safety netting allows visibility for parents and keeps the raised ceiling visible to take advantage of the two large skylights. A simple design feature which can transform any open-concept space from functional home to a place to entertain friends are curtains. The thick curtains in this rural home are a cheap and sustainable medium for transitioning the space throughout the day.