Context shapes both architecture and how people build. In the most extreme environmental conditions, designers must carefully balance how they bring people closer to nature. This is especially the case when designing around volcanoes. Made to rest lightly upon the land, atop old lava flows, or on fertile grounds, these structures are designed to respect and frame the surrounding views and nature. Found in secluded and dramatic settings alike, the buildings explore what it means to design with open vistas, rising mountains and iconic craters.

Taking a survey of architecture designed around volcanoes, the following projects reinterpret and take inspiration from vernacular craft and local building techniques. Found across the world, the sites vary widely, as well as whether nearby volcanoes are still active. However, the common language they all share is an interest in material and formal expressions, as well as how people experience the power of place.

On Fogo Island, off the West Coast of the African continent, there is a village of 1200 people living on the fringes of legality in the crater of the volcano. They are occupying lands of the state where they organize mainly agricultural activities, ensuring their survival in one of the poorest areas of Cape Verde. The status of the protected area of national interest forced the zoning of farming, with limitation to construction, and introduced rules against the free occupation of the town, generating collisions of interests.

The Project of the Headquarters of Fogo’s Natural Park was born from the need to consolidate the identity of a protected area and to conciliate the population with the new park management. Accordingly, the team designed and created spaces for cultural and recreational enjoyment for both residents of Chã das Caldeiras as for visitors. In turn, the natural landscape, deeply marked by the volcano and its crater, is a unique and rare beauty. It is a wonder that it hasn’t yet been named a world heritage site. 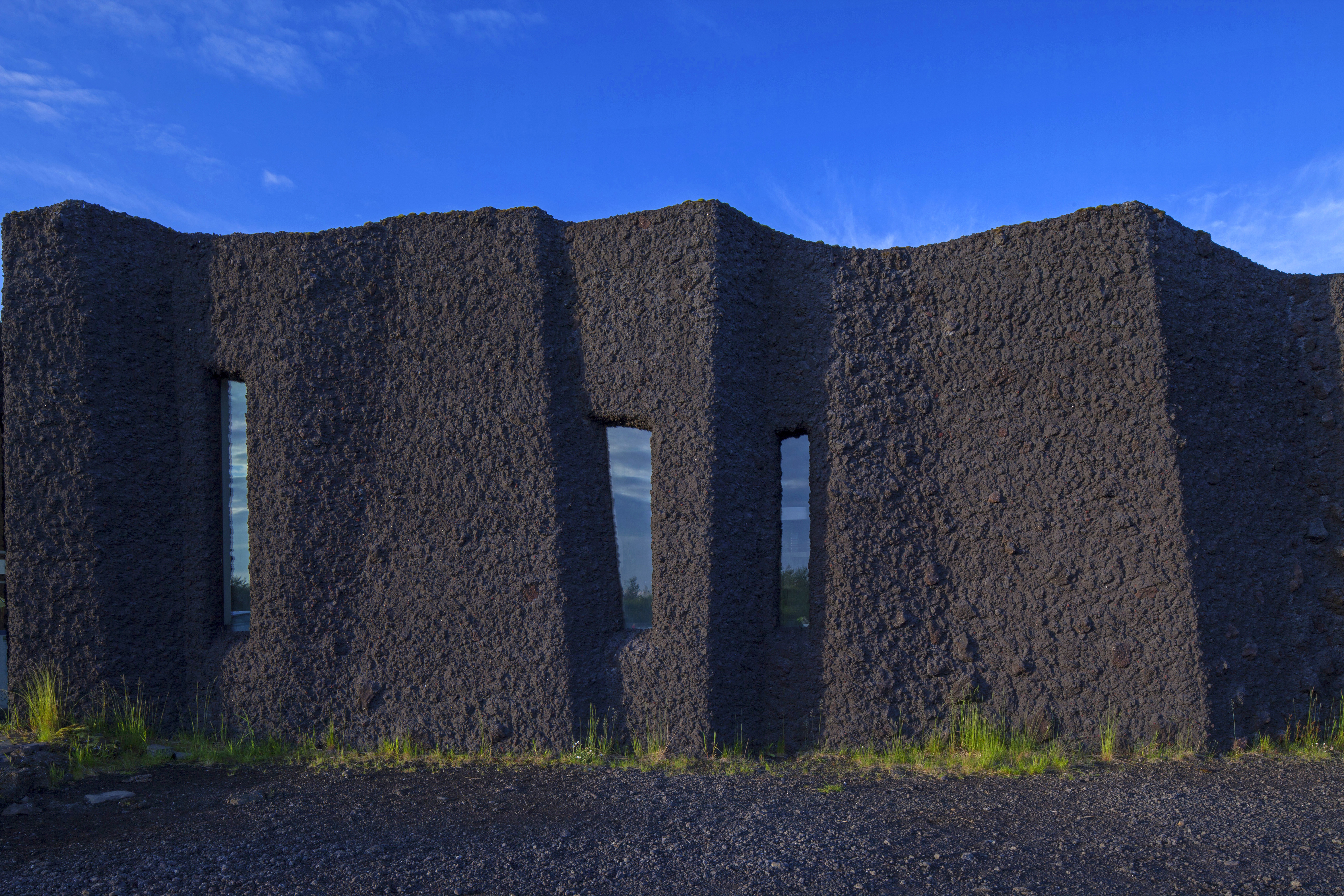 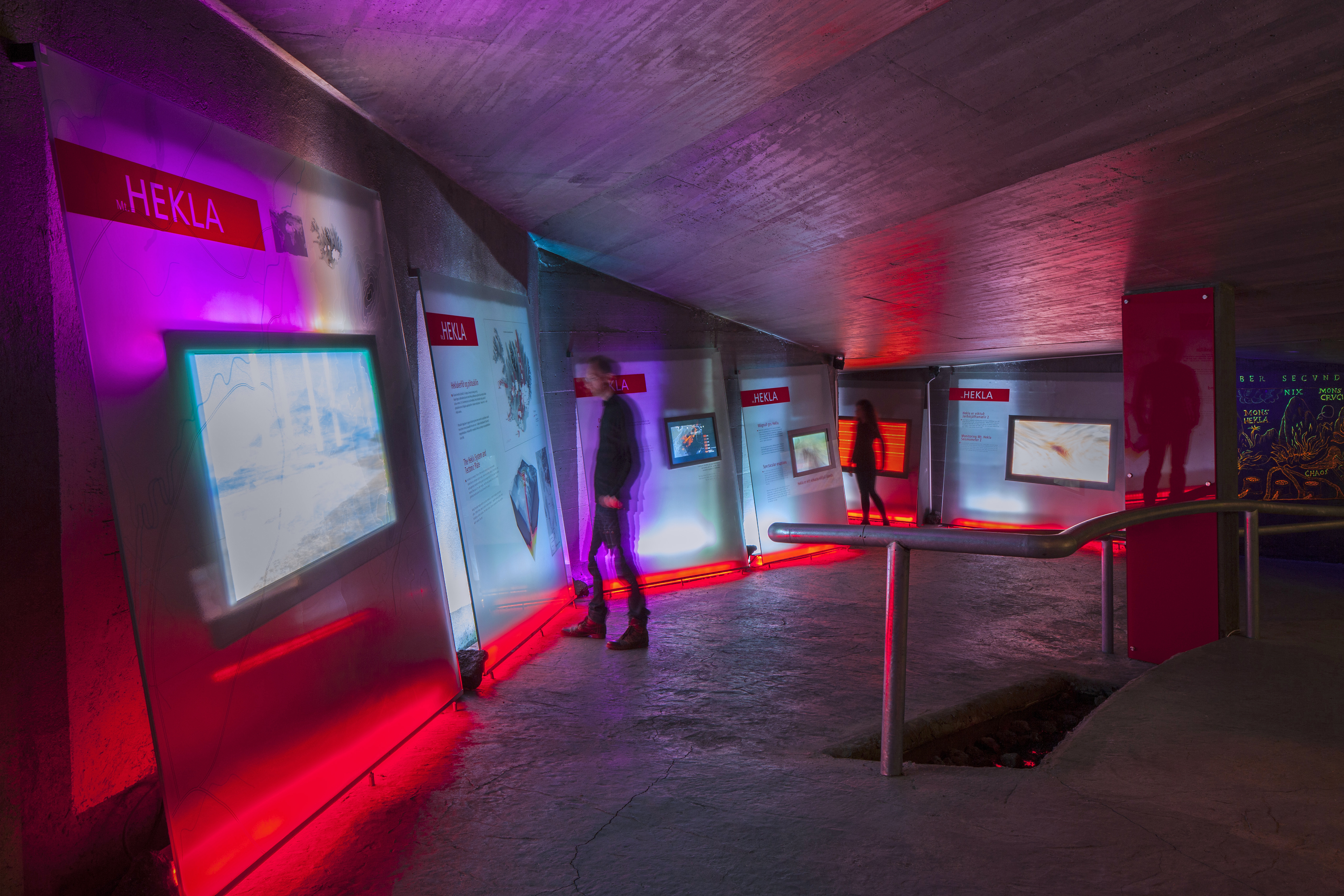 Beneath the most famous volcano Mt Hekla in Iceland, EON architecture designed and built “a shrine / a tribute” to the volcano. The Mt Hekla Museum is a privately owned project. The building/project started with a dream in 2002, an idea of former land-owners that actually erected the Museum building. The design grew from many ideas, but the primary inspiration with the overpowering existence of the volcano. The museum is a 6,500 square foot building specially designed and built for its offerings: the Hekla Exhibition, conference facilities, and a restaurant with all service spaces needed. 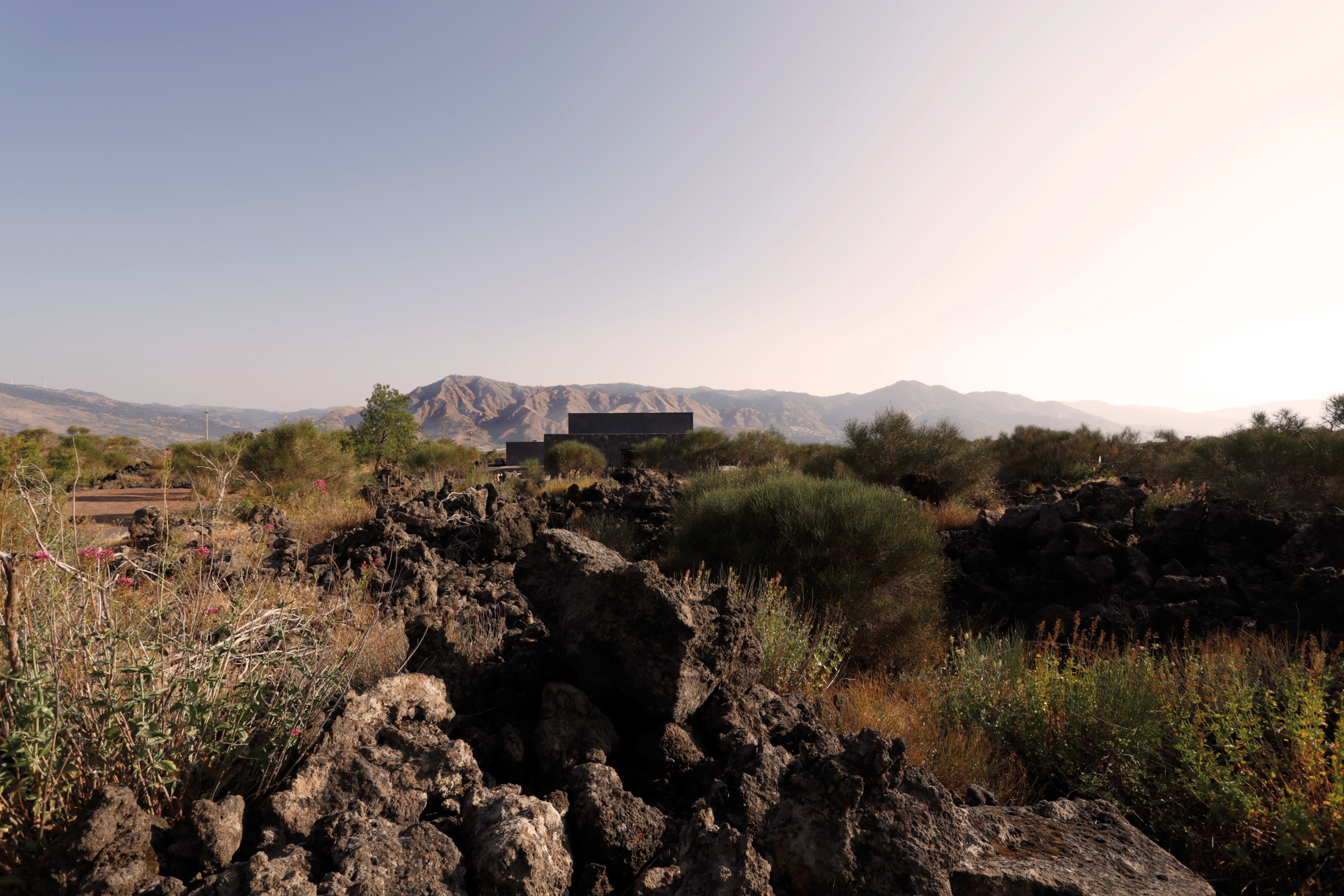 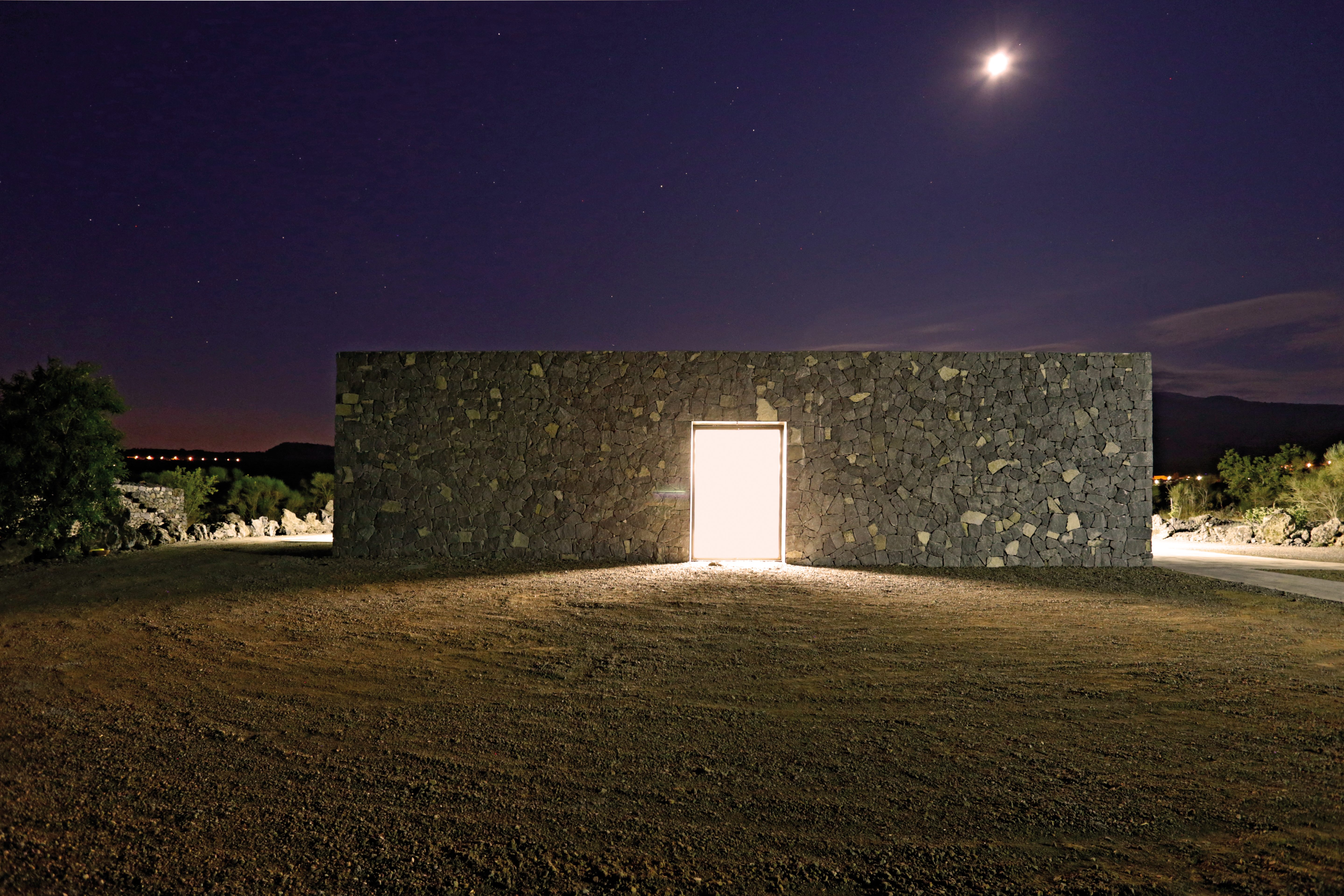 A winery on the slopes of Etna is a design project that had to directly consider the volcano, the lava flow, the “pietraie” — the great base bed walls built in dry stone which divide the territory — and the varied vegetation, like the yellow broom plant that grows and contrasts against the dark color of the lava.

Arcate in the province of Ragusa and also Noto in the province of Siracusa. Today the A.A.P produces and exports its products to over 40 different countries world wide. This is a new venture on Etna, which is set in a wine growing establishment of about 35 hectares. The project is based in a flat clearing created in the middle of a lava flow from the 1800s which looks over views of the surroundings. 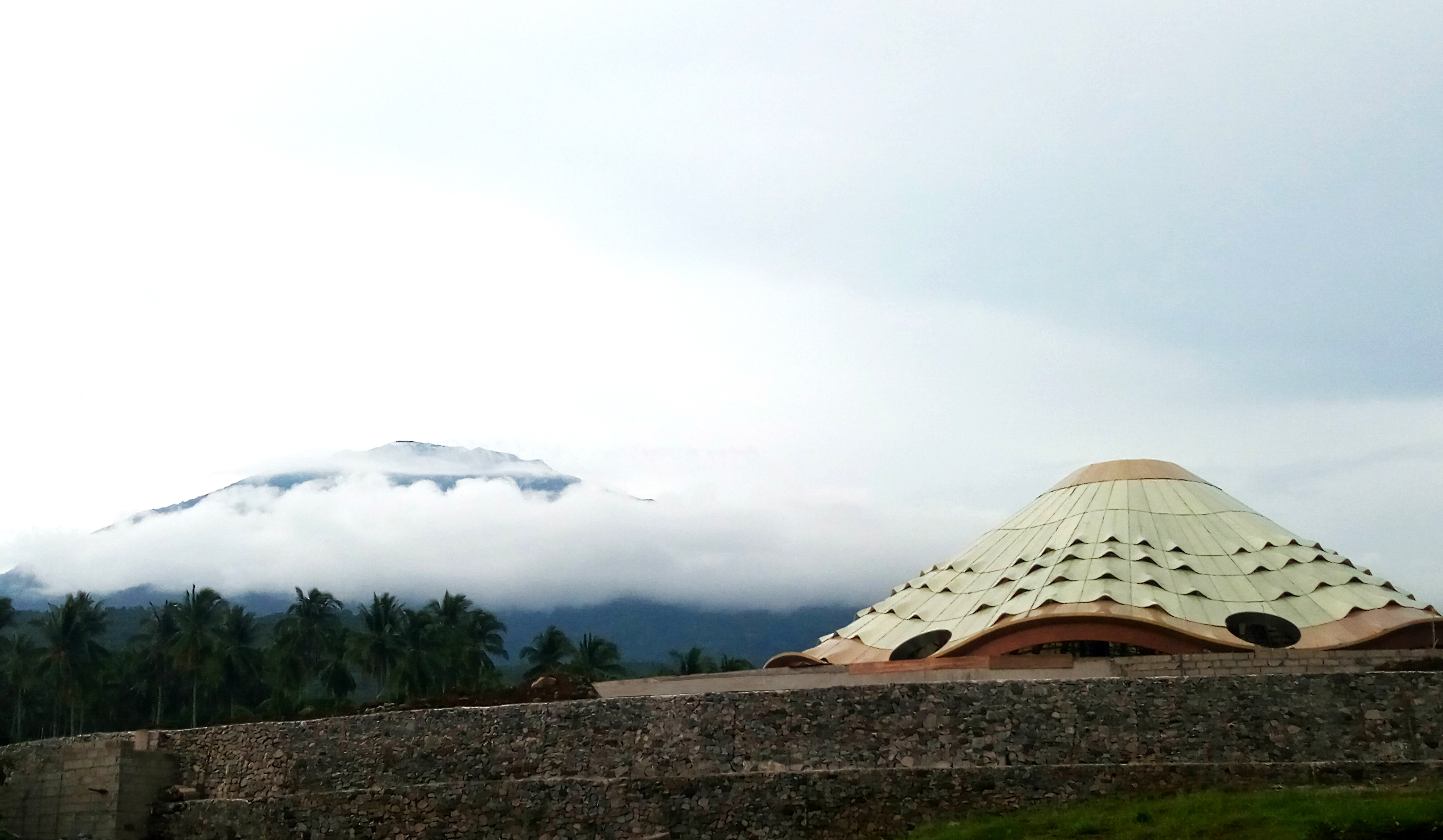 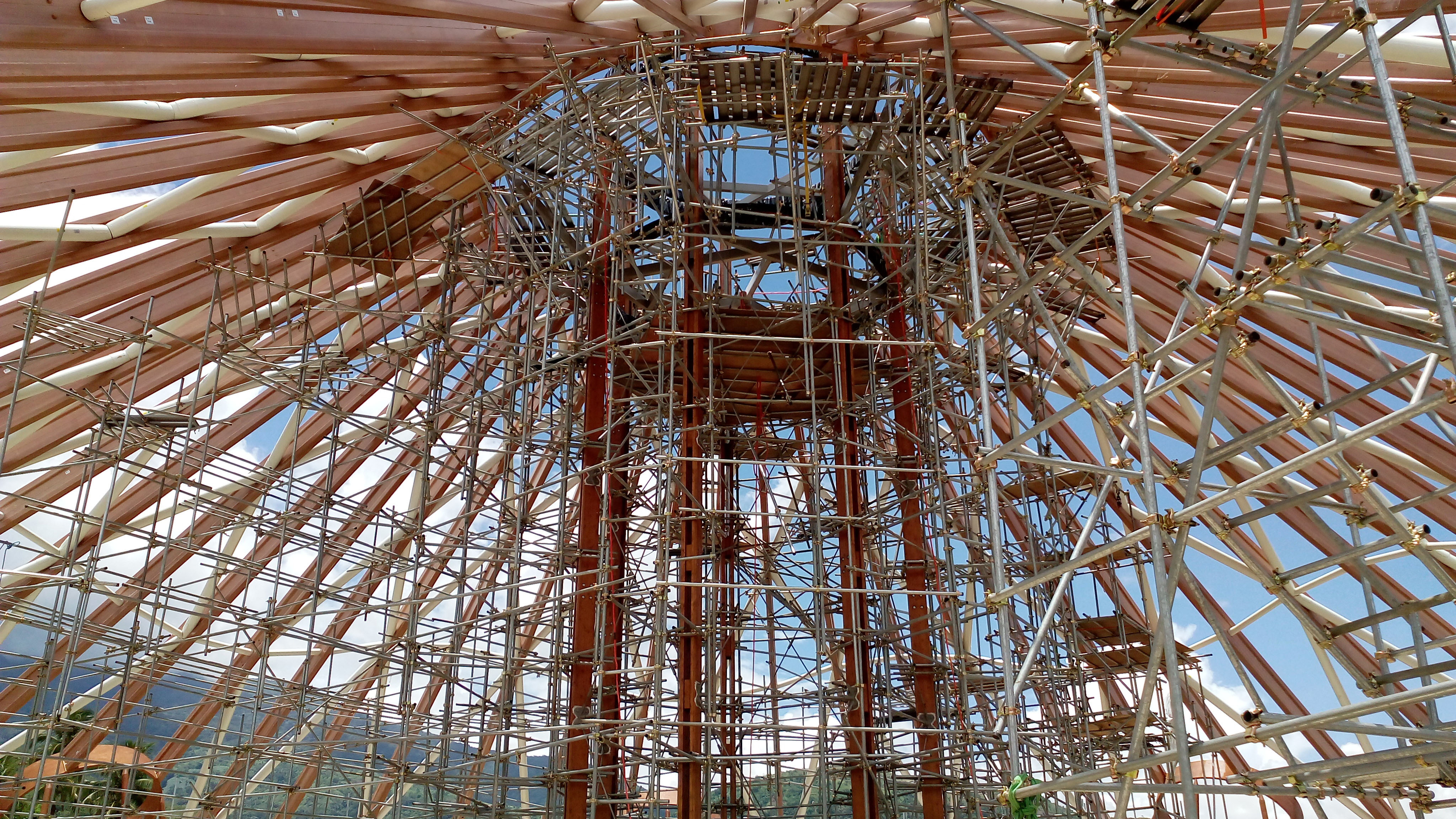 This healing center is set in the jungle foothills of three volcanoes in the Philippines, three hours from Manila. It was created as a sacred space for energy and spiritual purposes designed to the proportions of Phi (the golden number) and Fibonacci. The site and placement of the building uses Feng Shui and faces north-east towards the central volcano with the direction of the nearby stream. The area is well known as a sacred place visited by pilgrims for the healing powers of the spring water, considered “holy water” by the local residents. The main structure was topped out in August 2016 with on-going landscaping and external works. 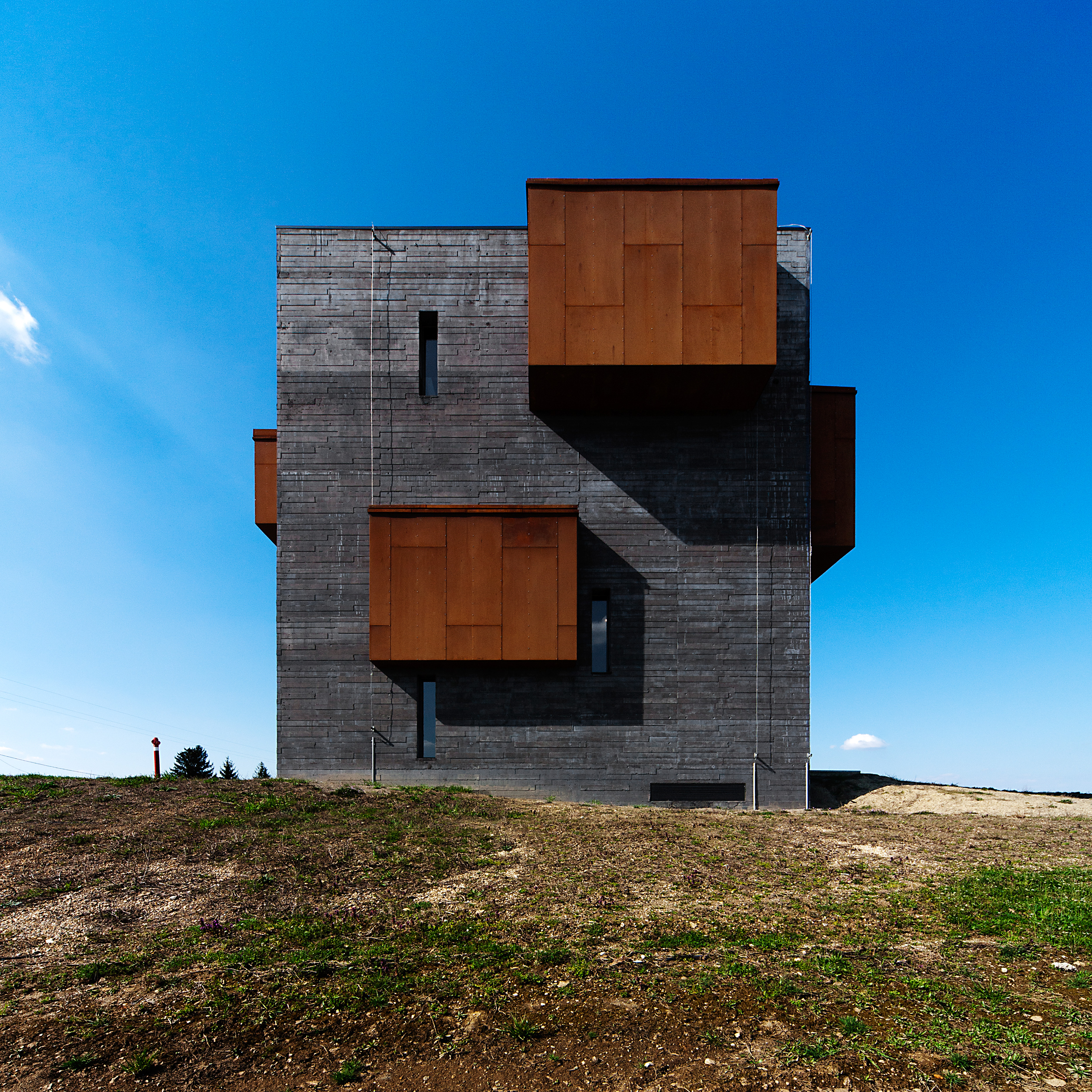 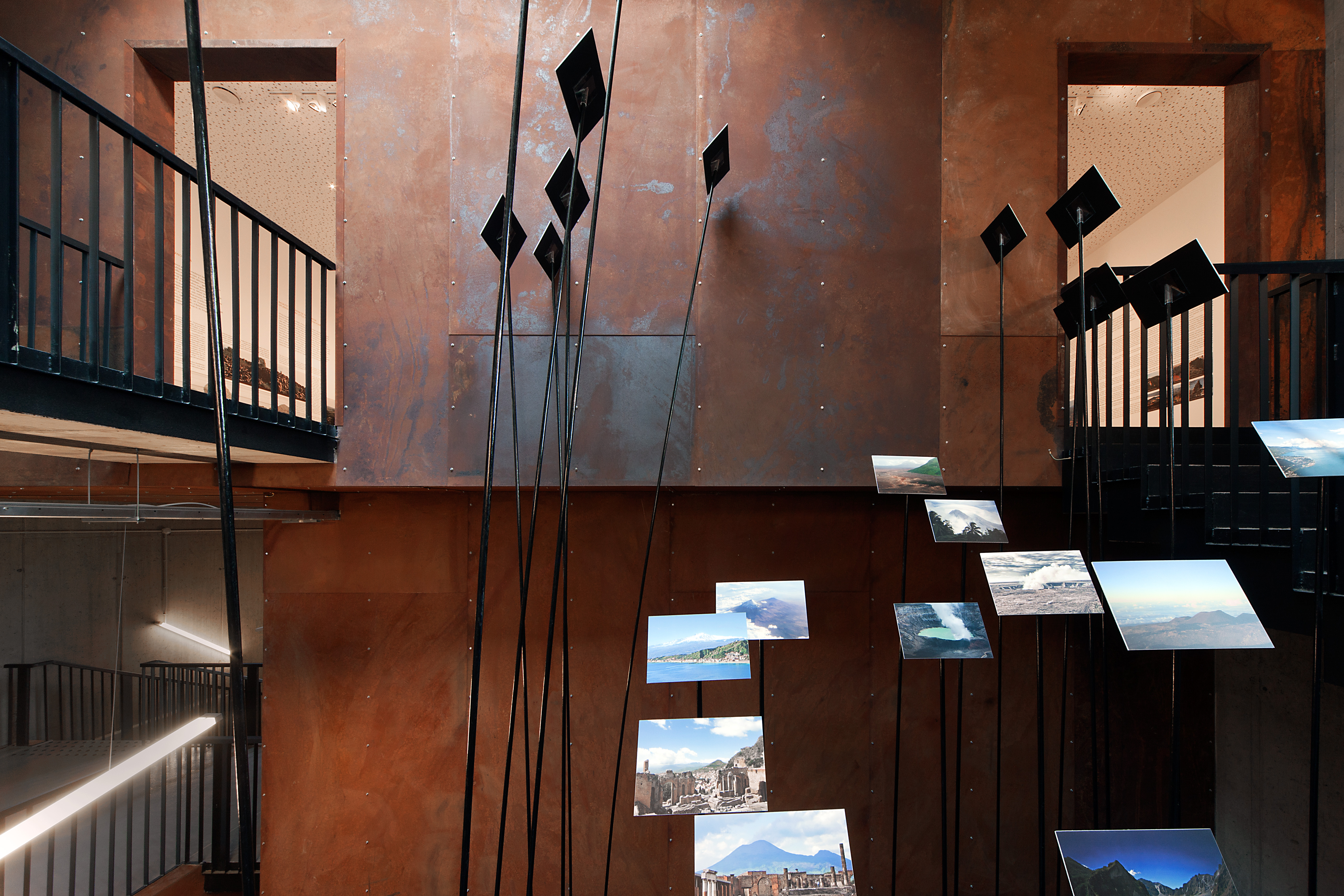 The iconic Kemenes Volcanopark Visitor Center lays 200 km West of the capital Budapest, and has been realized following a national architectural contest announced in 2009 by the Celldomolk City Council. The chosen plot for the center highlighted a flat area between the city of Celldomolk and the 5 million year old Sag Hill, a former volcano. Upon entering the vast interior of the building, the visitor meets two engaging spaces.

At first sight, the vertically open space captures the eye. Five floors above, a small window lets in a beam of light offering the ‘eruption’ point on the flat roof. On the opposite side, the industrial materials of the façade appear consistent with the interior: concrete walls, dark grey resin flooring, steel staircase and corridor, and the Corten steel cubes also visible from the outside. The varied height and location of bridges link the different sizes and positions of the Corten boxes. These offer a range of functions, from screening rooms to interactive installations area, and present the fascinating history and typology of volcanos. 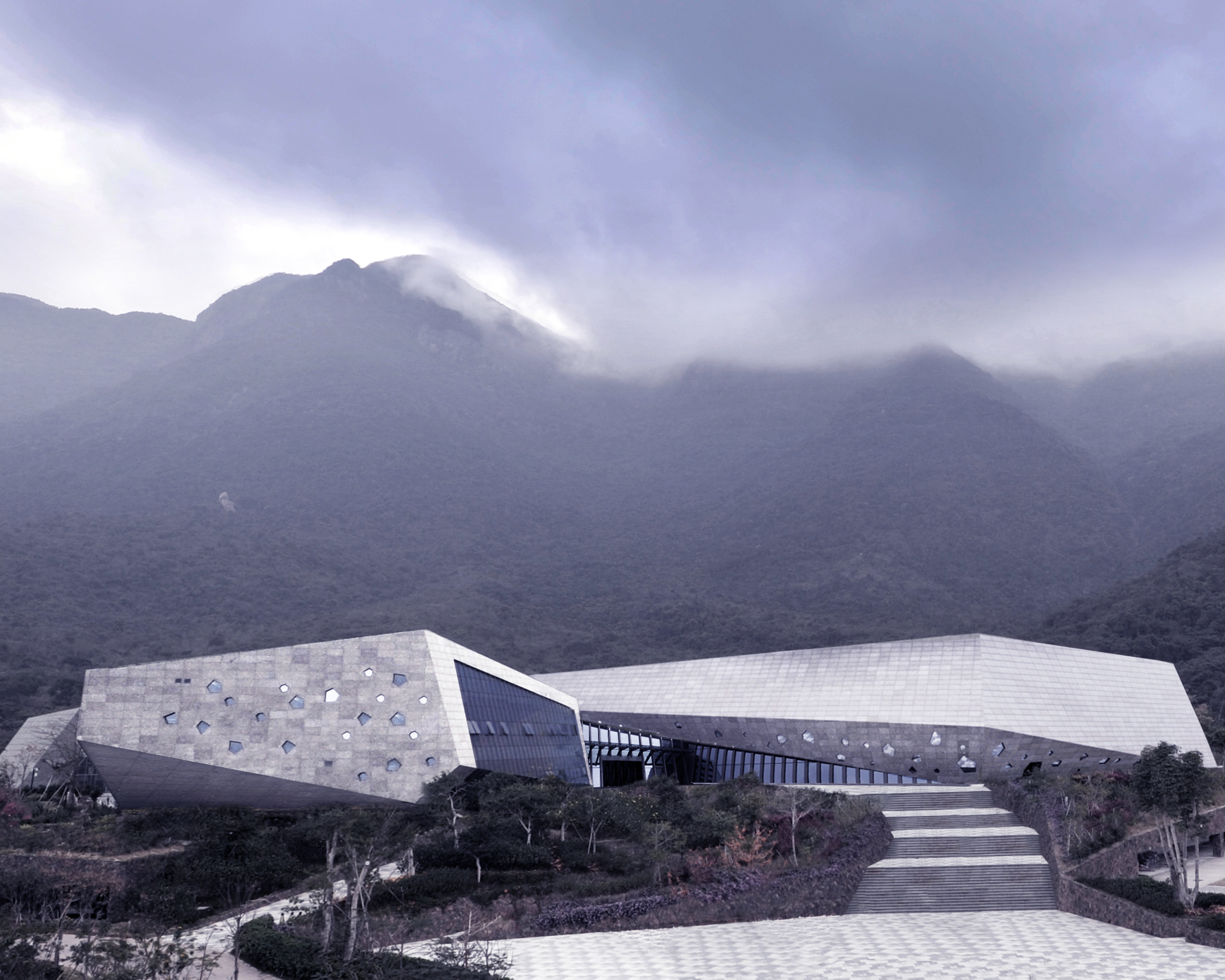 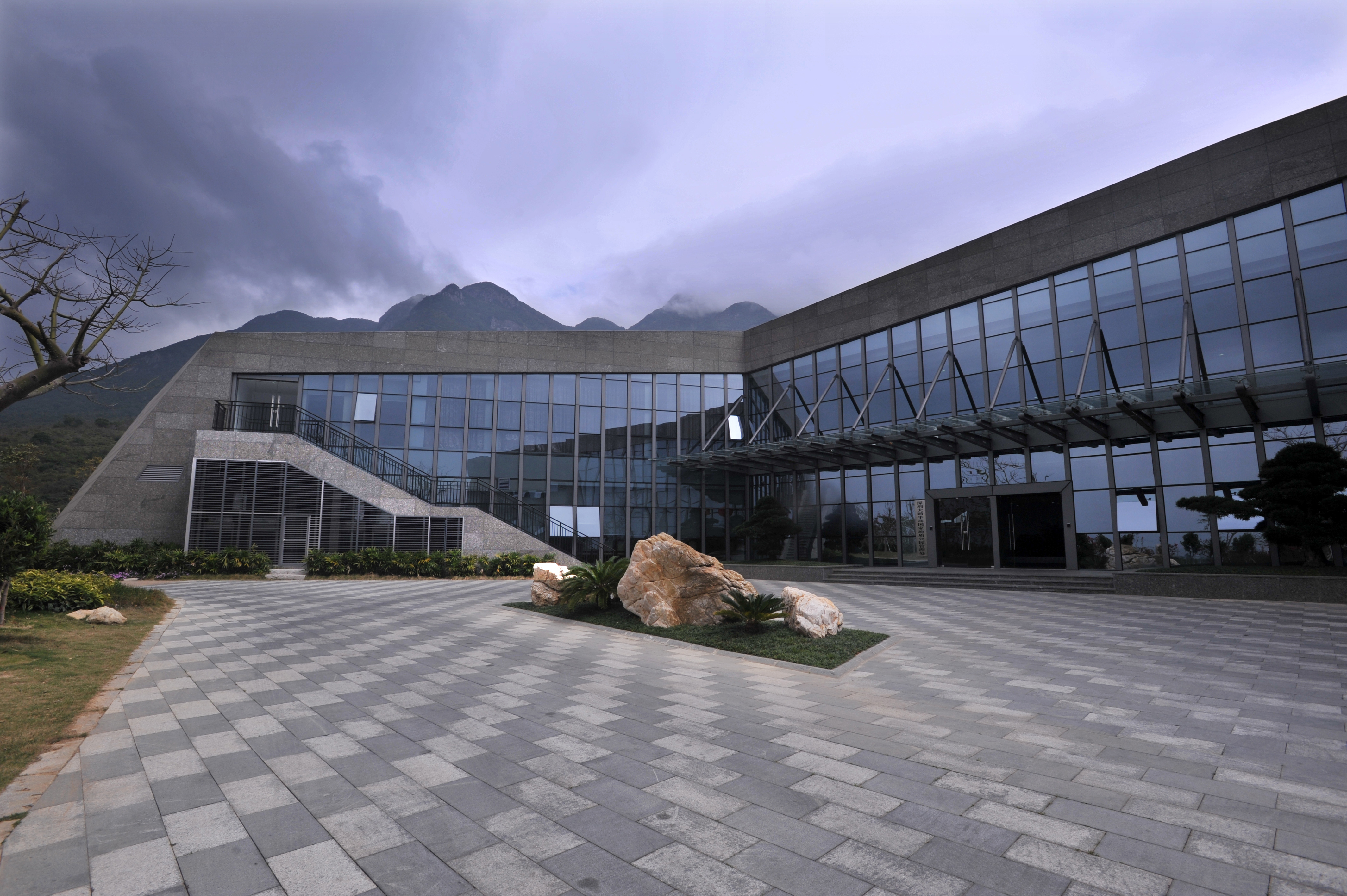 Dapeng Peninsula is situated on the southern coast of China, across from Hong Kong Bay. The peninsula being one of the pristinely preserved seascapes and mountains shaped by ancient volcano in mainland China, the central government has designated the site as “Geological Park” to include Geology museum and research center. Furthermore, the client wished for the peninsula to be designated as one of the UNESCO natural world heritage sites. Nature’s prevailing beauty is clearly evident yet its unspoiled environment seems vulnerable, as it is only a matter of time before the site is slated for a full development. 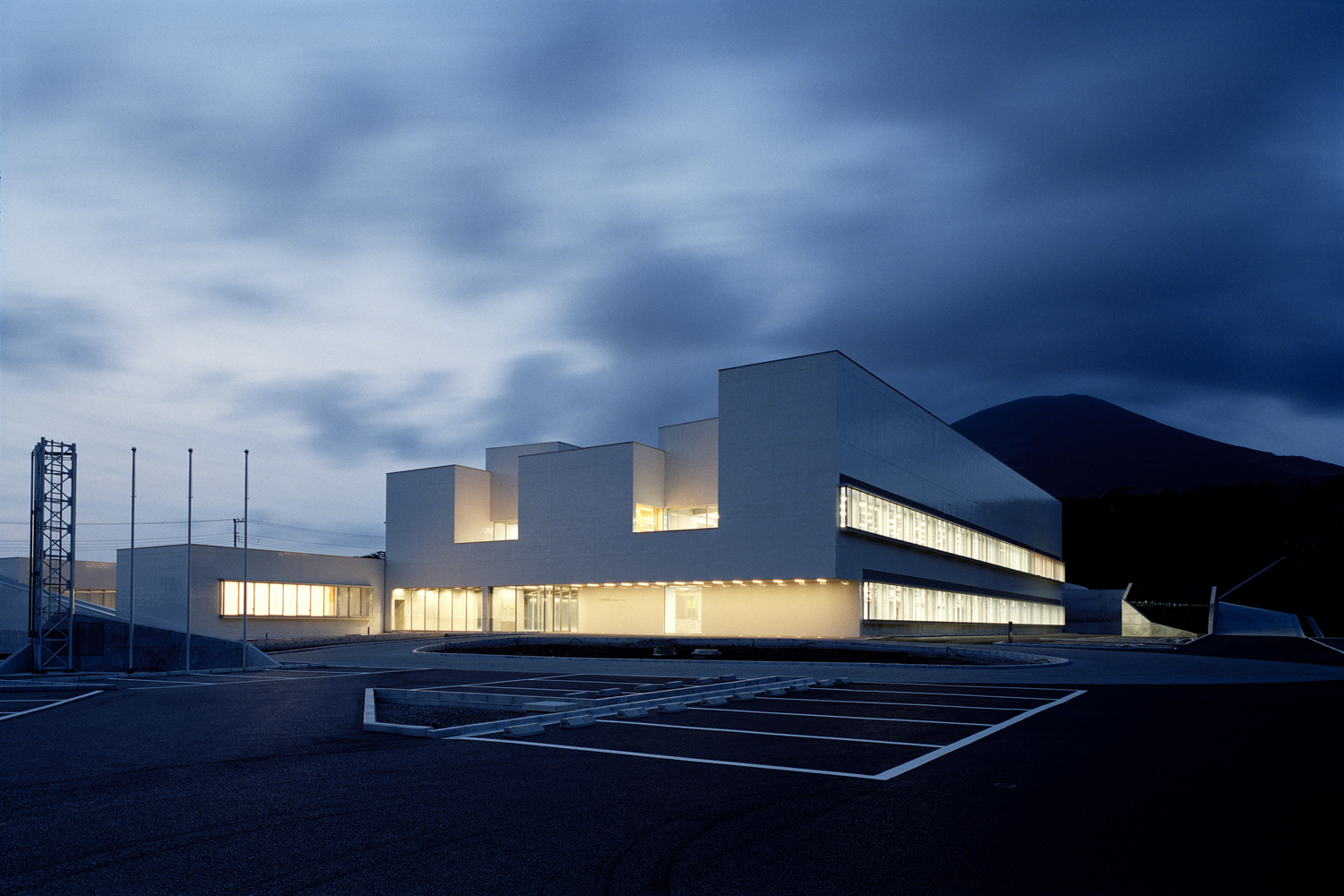 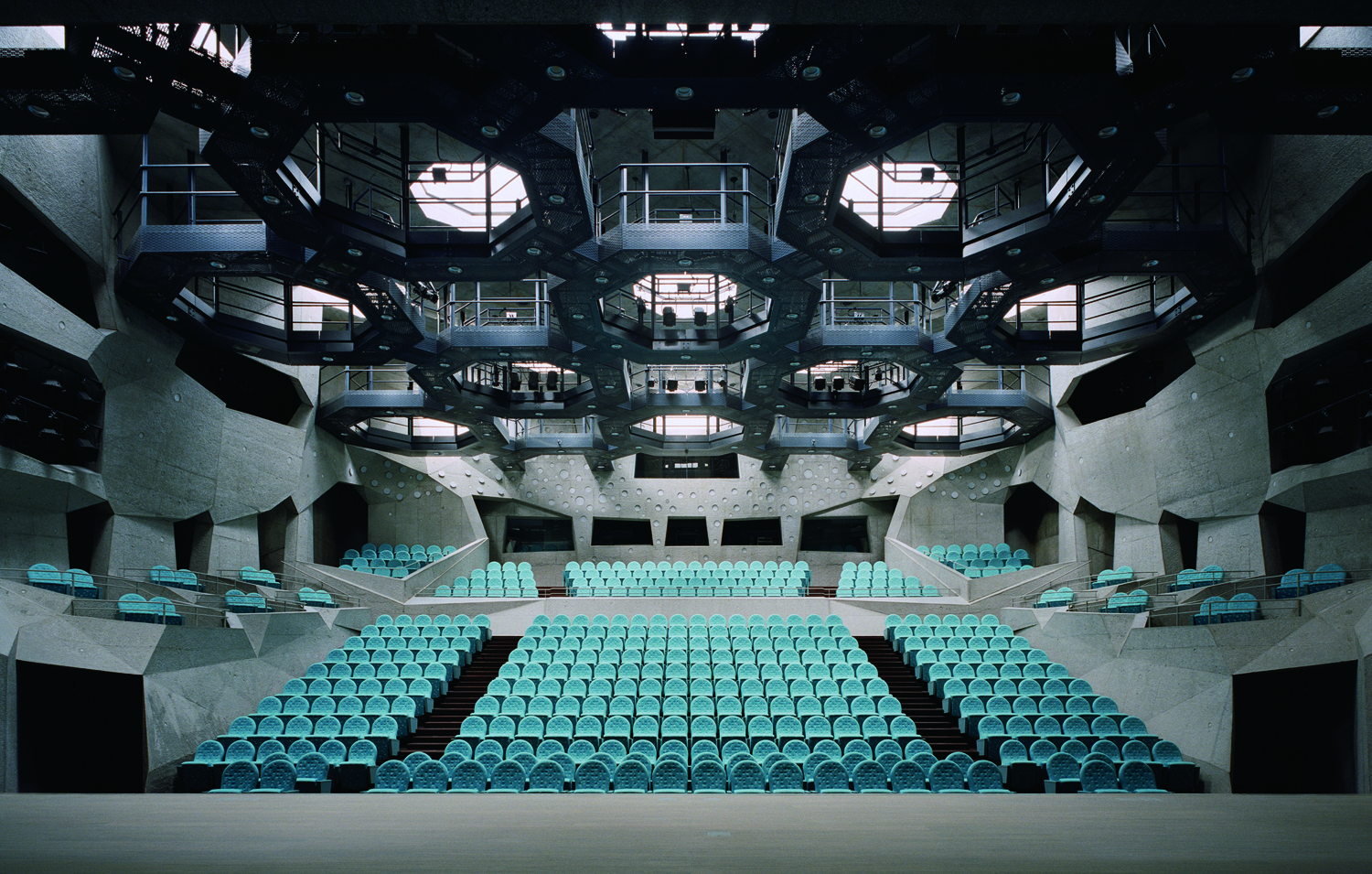 Hachijo Island, a small, depopulating island known for its poor, changeable weather has an active volcano. This project is to create a focal point for decentralized town in order to revitalize the quality of life in Hachijo Island. In the middle of the site, there is an open plaza for the annual summer festival, the biggest event on the island. Town hall, theater, study rooms, and child care center are placed surrounding the plaza. The large town hall entrance through the plaza becomes gallery with movable panes. All the surrounding facilities open to the plaza, including the theater.

Send us a photo. Tell us a story. Win $2,500! Architizer’s 3rd Annual One Photo Challenge is underway with a Late Entry Deadline on July 15, 2022! Start your entry for architecture's biggest photography competition here.
Trending Articles