England is defined by its impressive preservation of modest and timeless architecture. It’s a place where medieval villages are nestled below gothic-style castles, cobblestone streets meet thatched-roofed homes, and terraced houses reign superior on the streets of sprawling London.

From Romanesque through to Victorian, the charm of old-world England has given modern building projects a distinct, contrasting character. Sleek lines created by 21st century building materials juxtapose the robust, coarse ones which make up majority of early architecture throughout the country. Often adopting a minimalist approach, many contemporary architects have successfully combined years of history with updated styles that transform outdated dwellings into modern, functional spaces.

In a location that can be as cold and rainy as England, more residents are opting for multi-use extensions ­— ones that can be transformed from open air spaces in the summer to cozy and contained corners when the frost sets in. Despite the ornate and sometimes-intimidating nature of England’s architectural heritage, the following glass additions were successfully designed to combat the changing seasons, while connecting boldly with their historic roots: 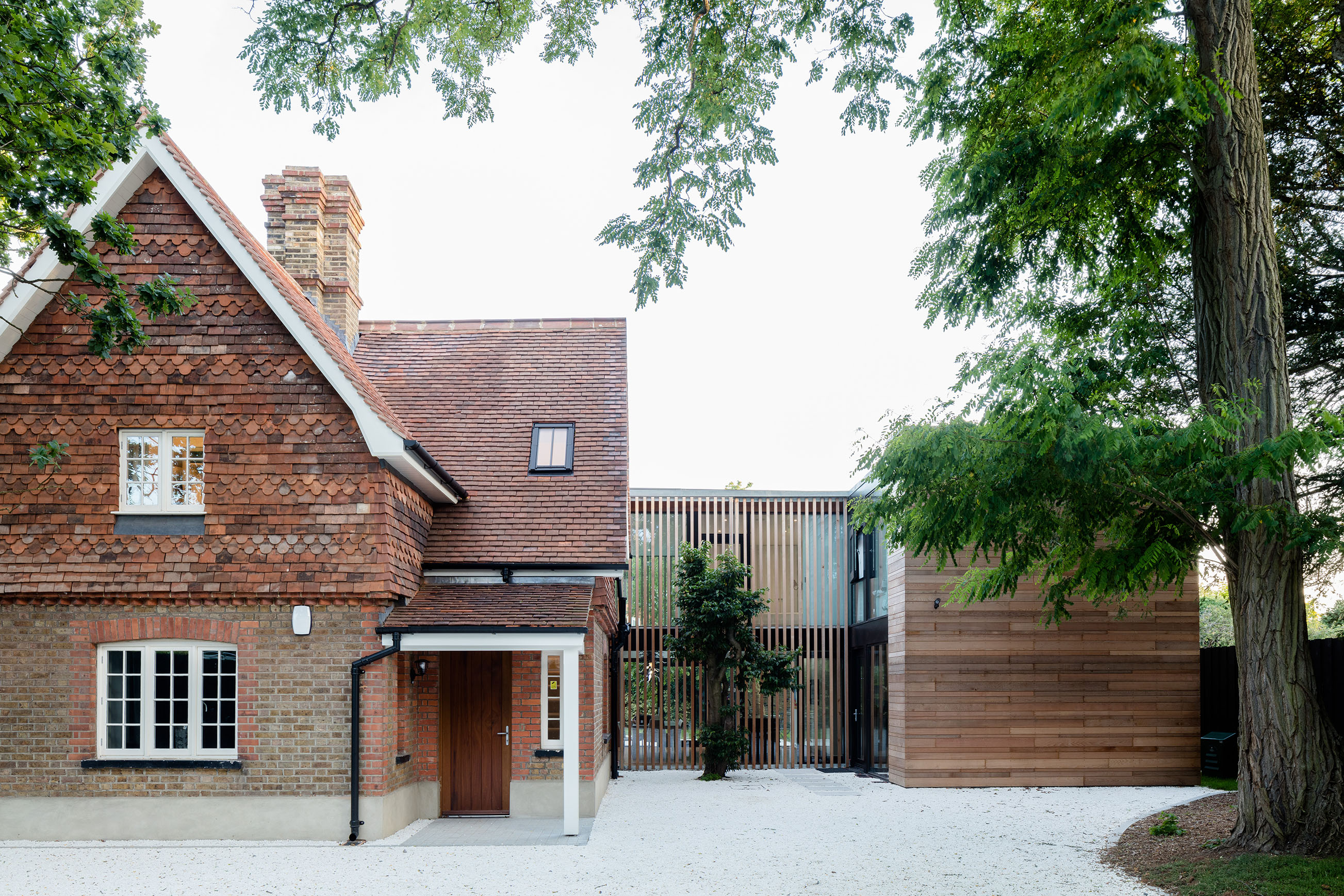 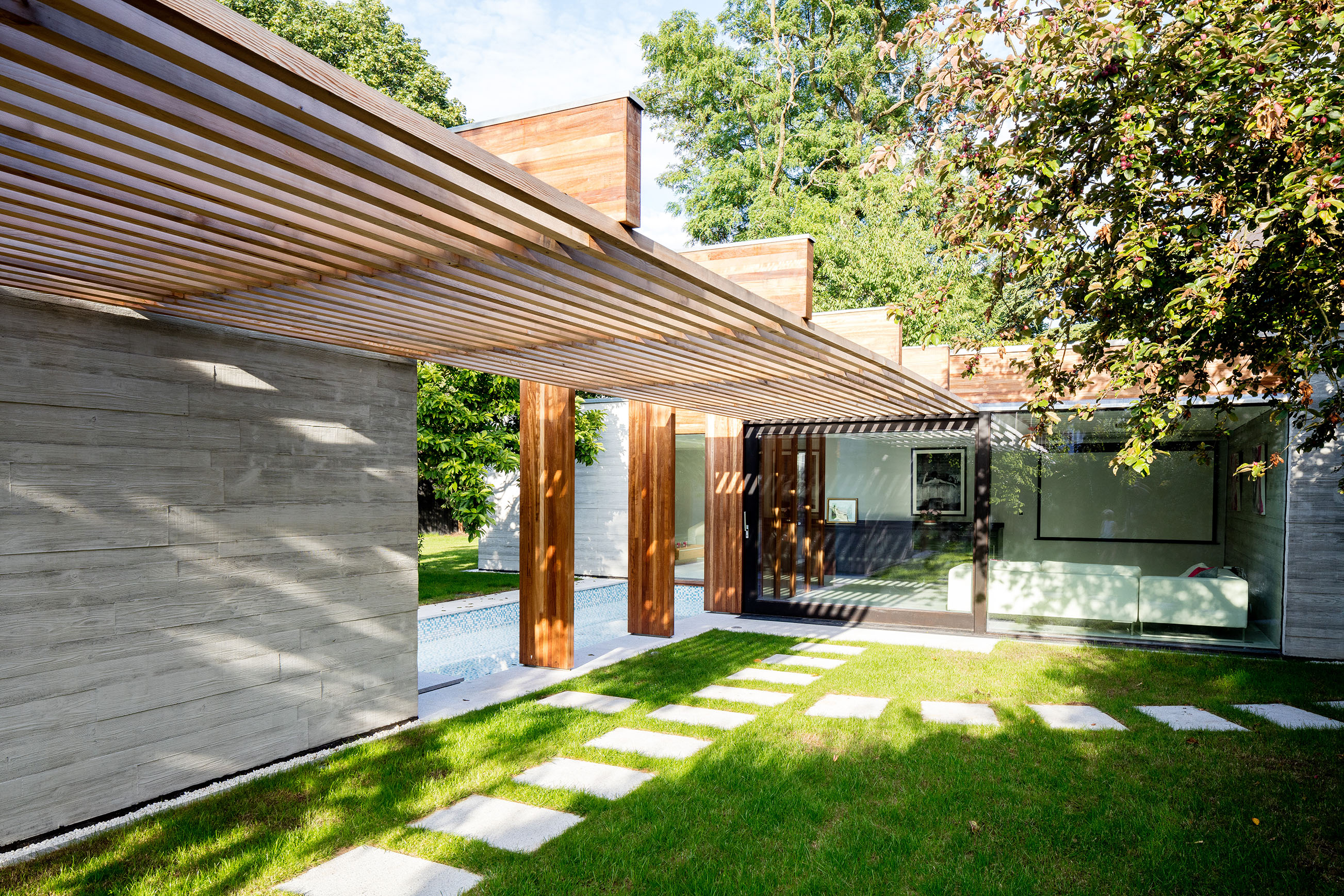 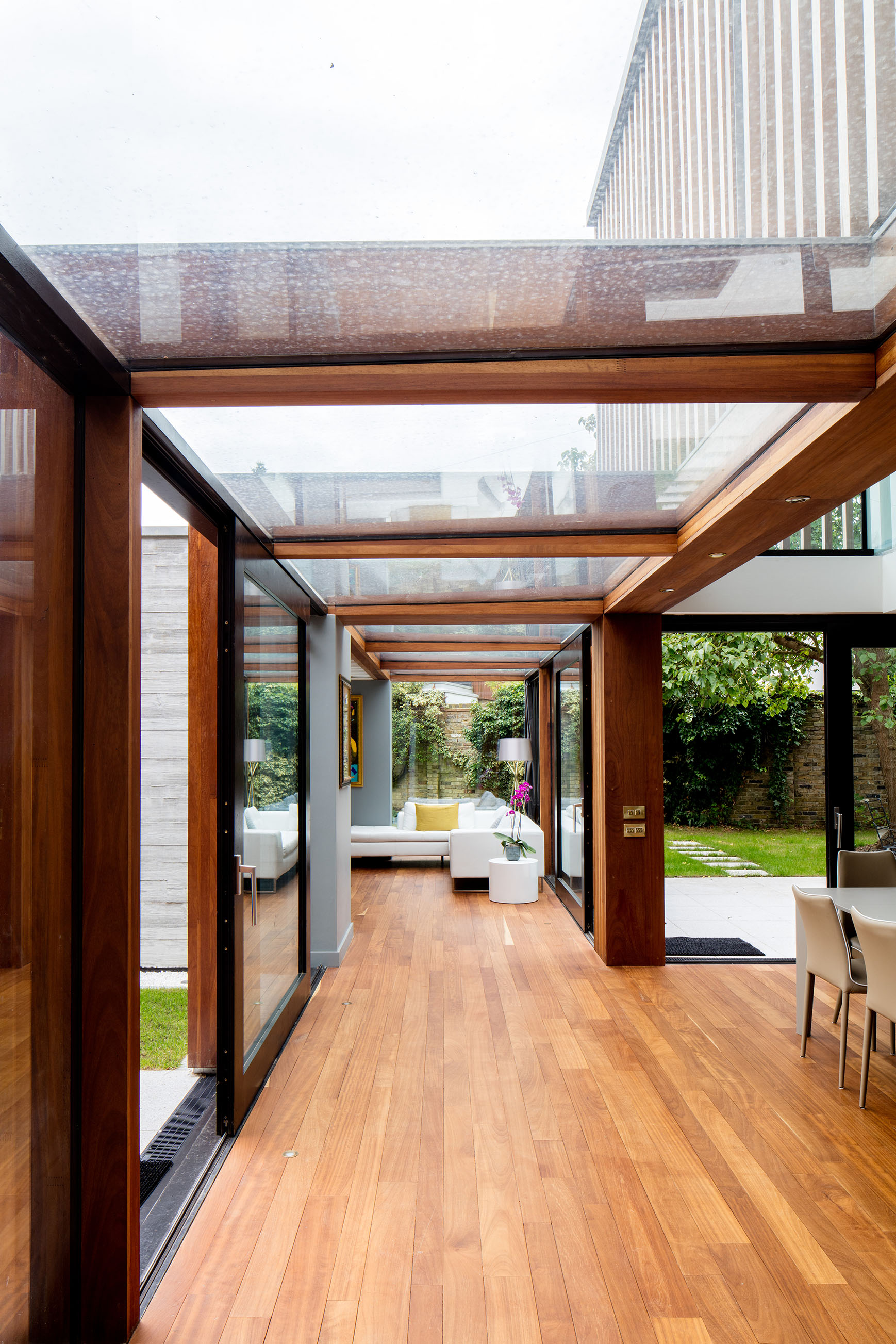 This six-bedroom home sits in the historic Coombe Wood conservation area. The project completed in 2016 included the restoration of the original Victorian home which is now more functional with the addition of the glass and Iroko Timber space. The vertical timber slats placed in front of the glass allow the addition to blend successfully with the original building materials of the home while still maintaining an autonomy of its own. 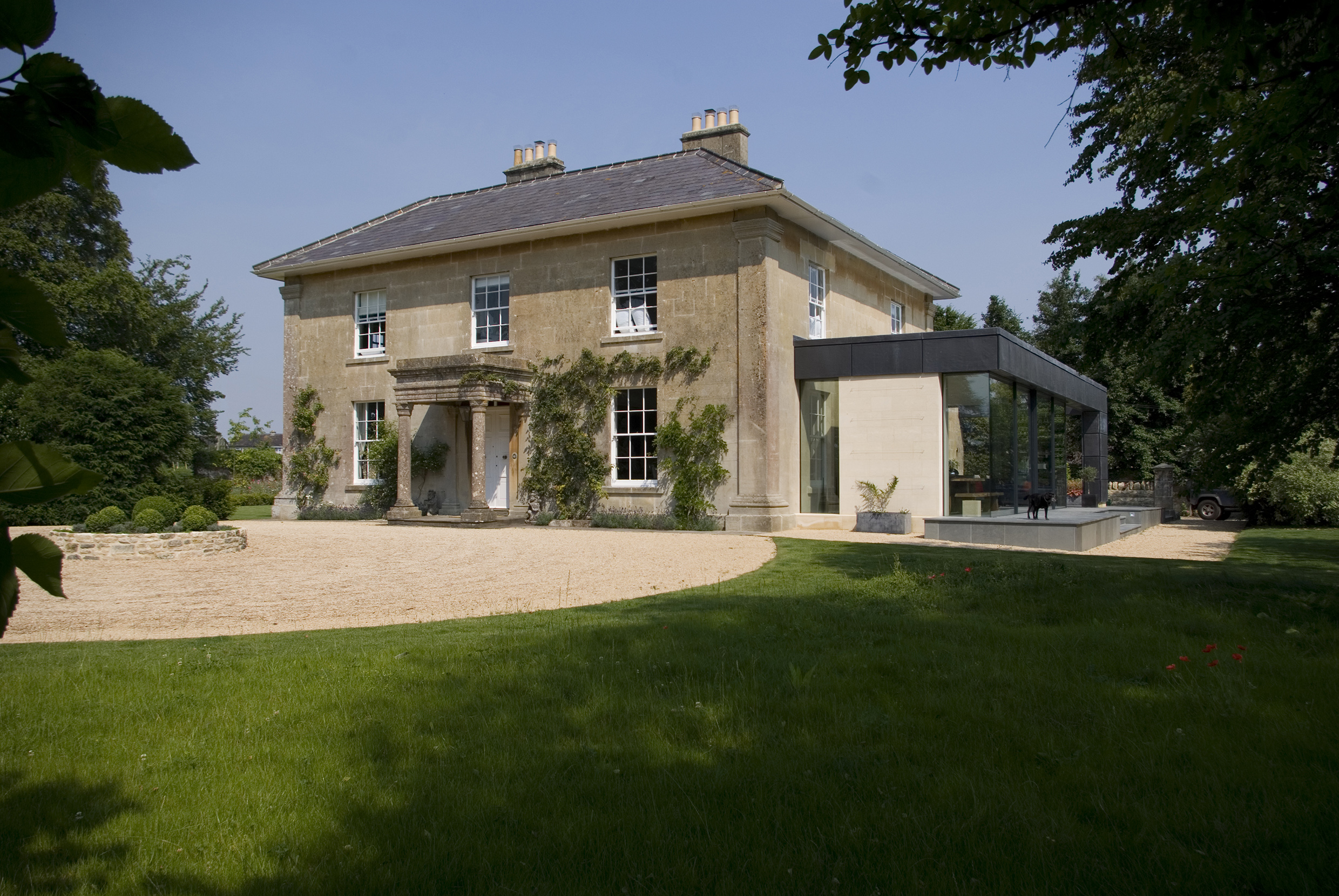 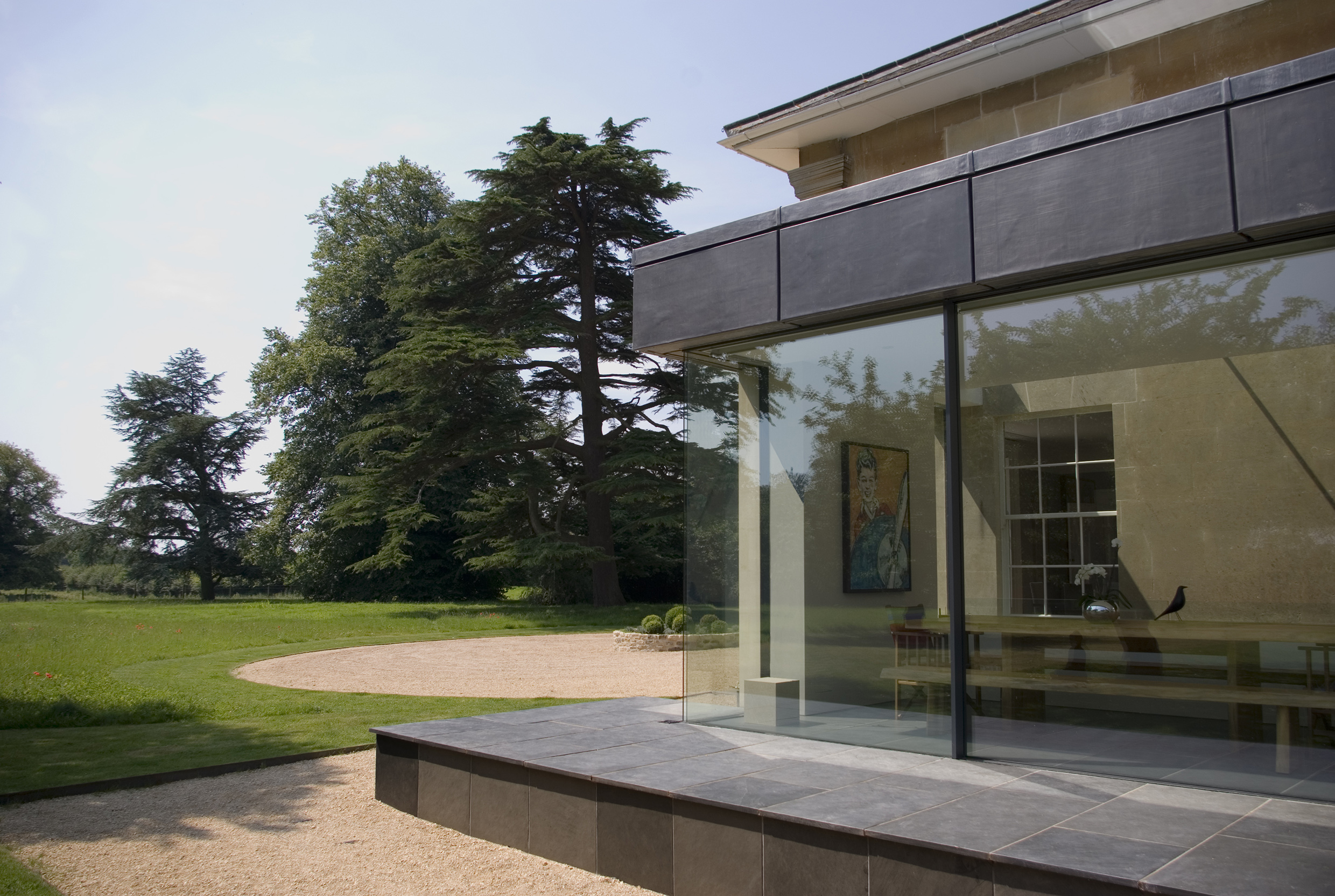 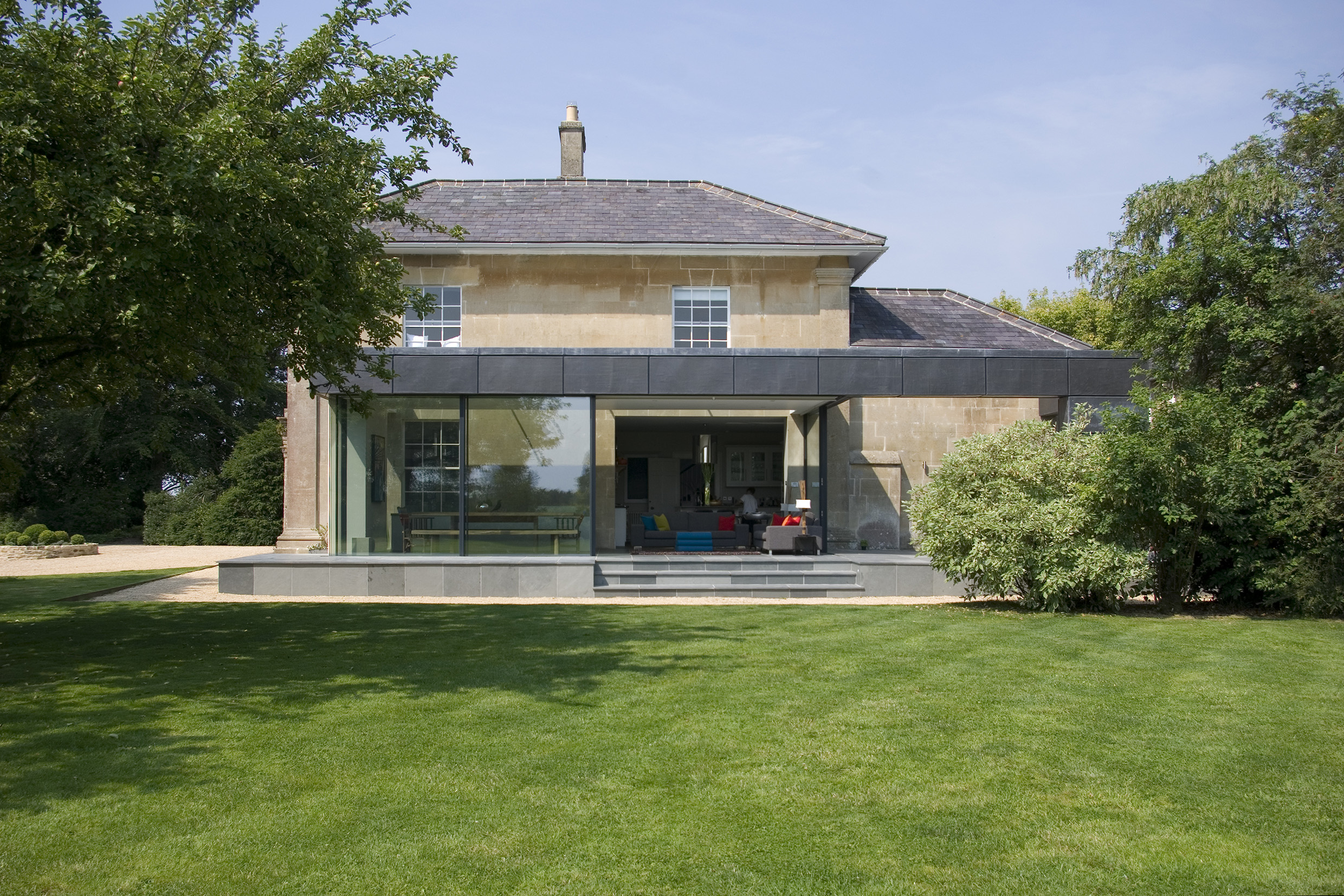 Innox Lodge provides the quintessential example of a Victorian home in southwest England. Bath stone, modest columns and understated exterior design elements set on generous acreage make this property just as attractive as it is timeless. The ultra-modern addition on the far side of the home allows the structure to maintain its original facade from the front, while giving the family extended space leading out to the polished lawn. Designscape Architects chose Bath stone Ashlar paired with the commanding pre-formed metal sheets. The use of metal gives the glass addition a distinct character while the bath stone ashlar melds the two structures to feel like they belong as one. 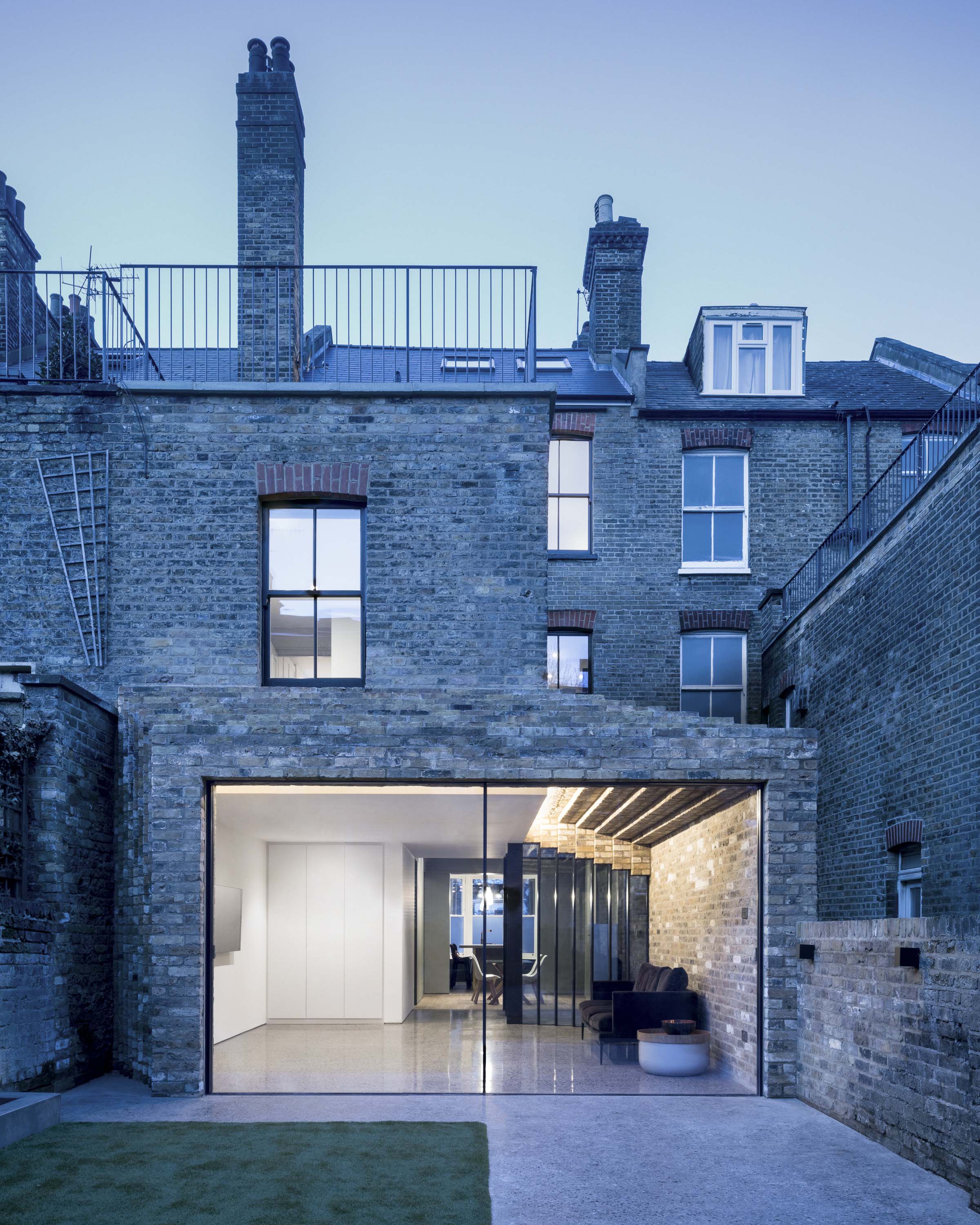 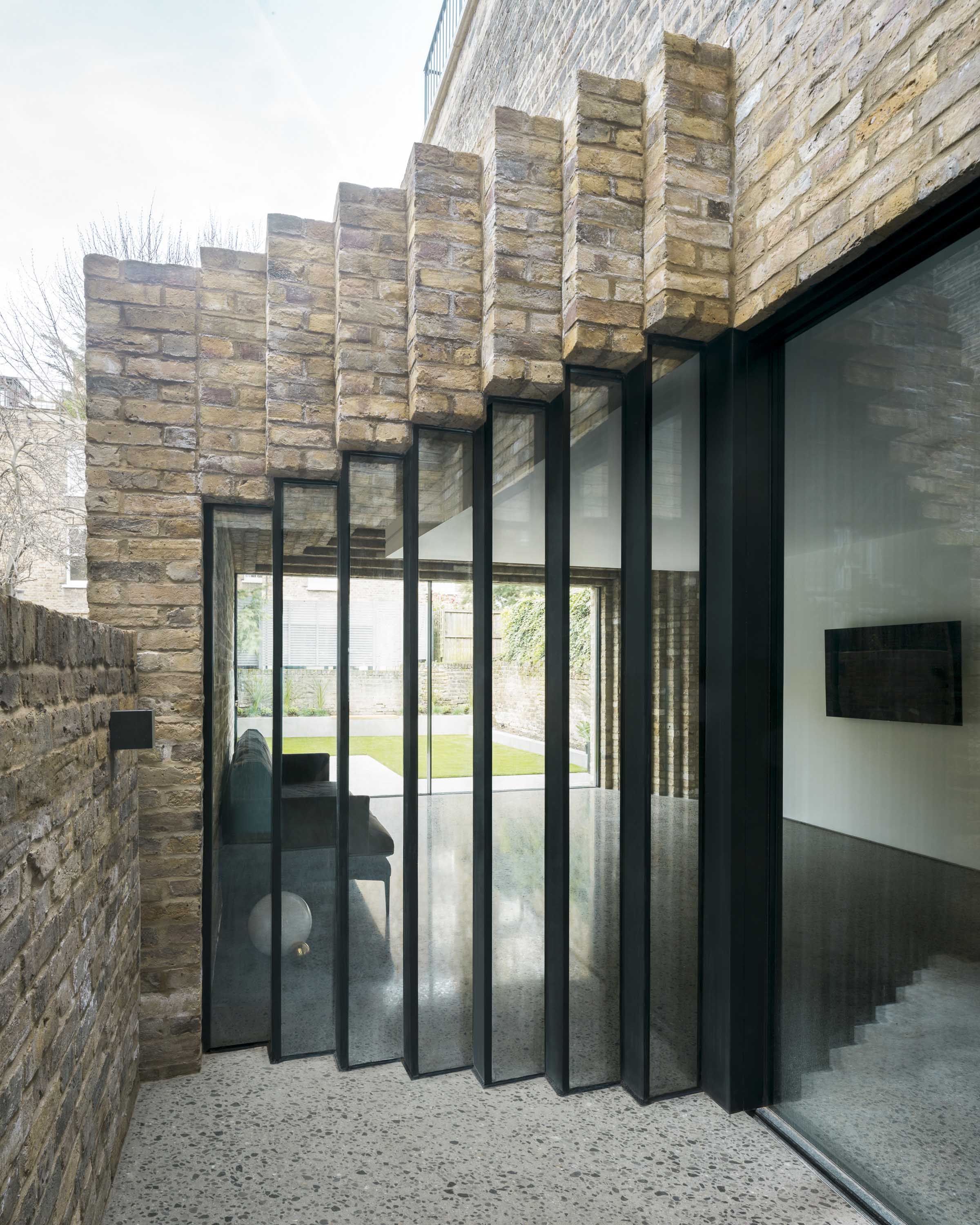 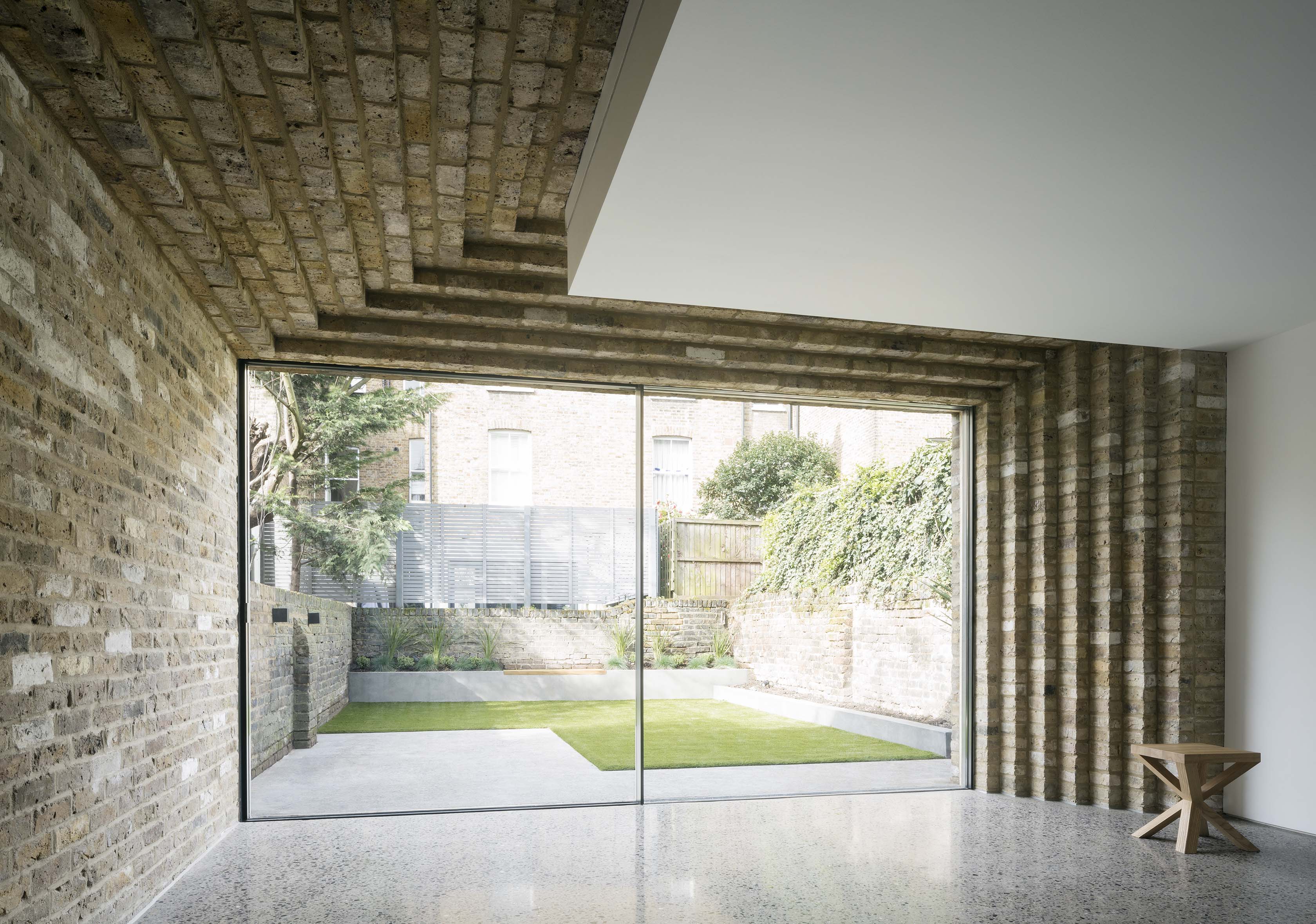 The Step House deviates from a classic terraced house addition. The stepped bricks allow the brick of the original building design to be incorporated into an important portion of the new space. The contemporary laying technique used allows the main structure to satisfyingly meet the glass at the back-end of the addition. Another beneficial design choice was the continuation of the exposed brick on the side wall to give the column-free room more texture in the sleek space. 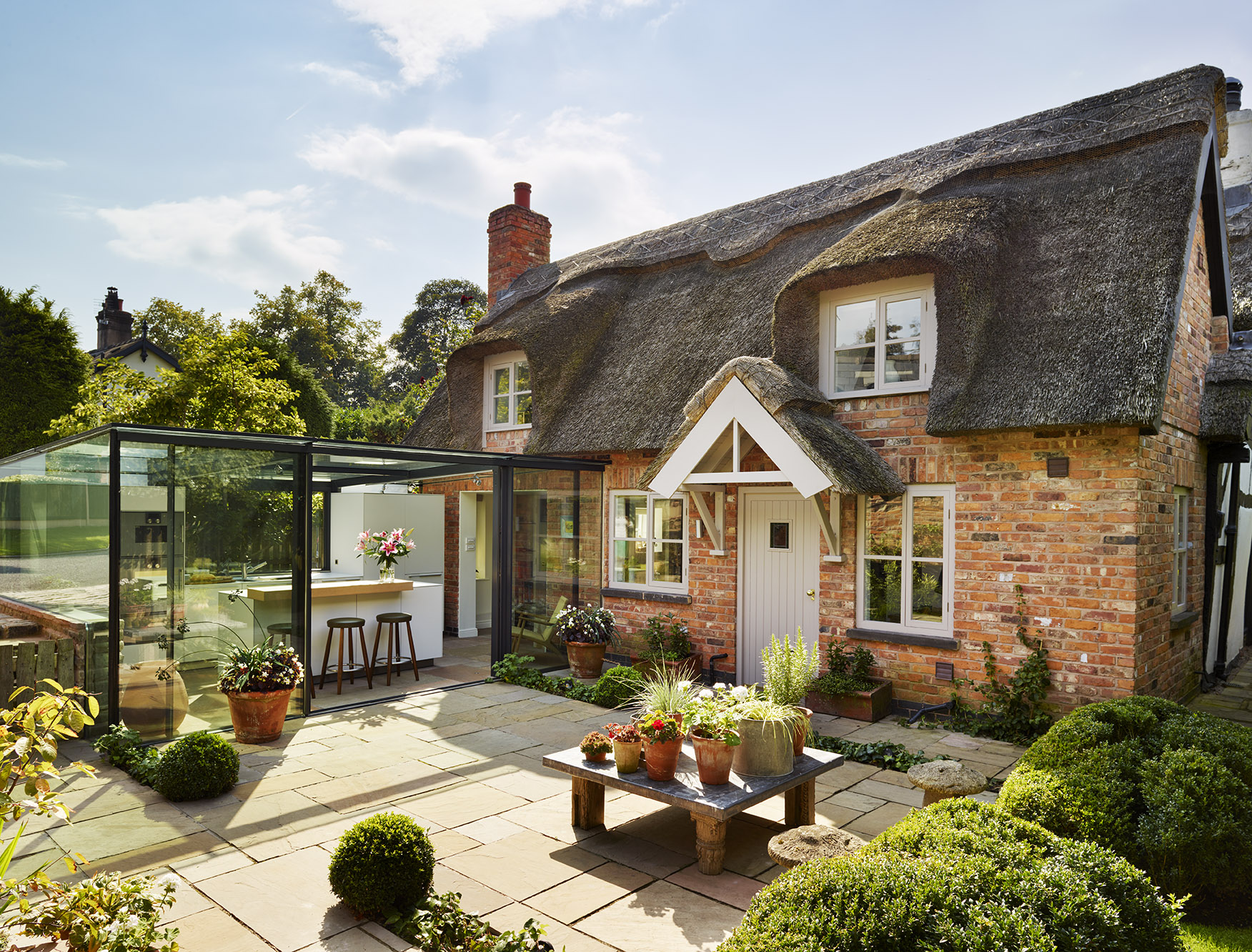 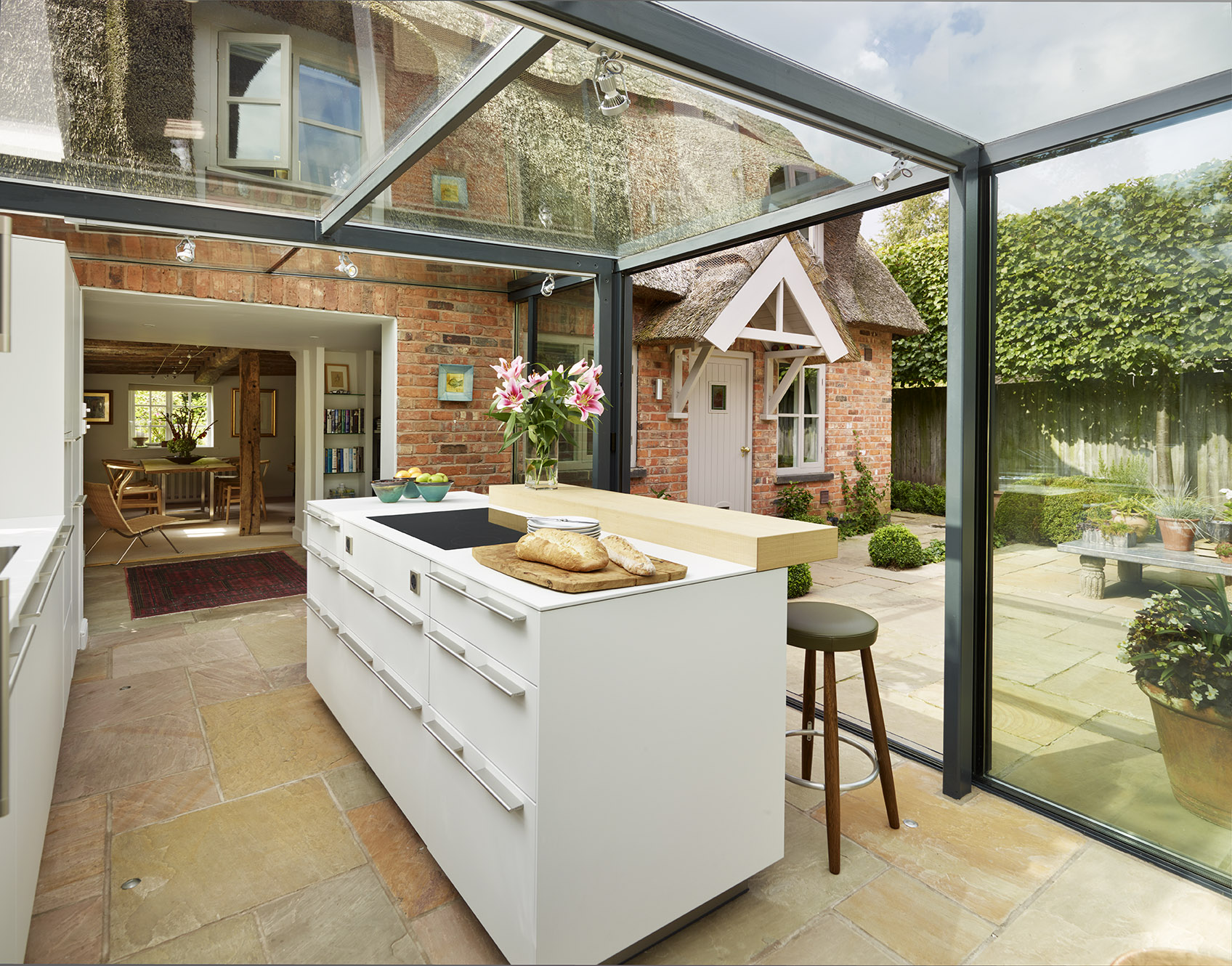 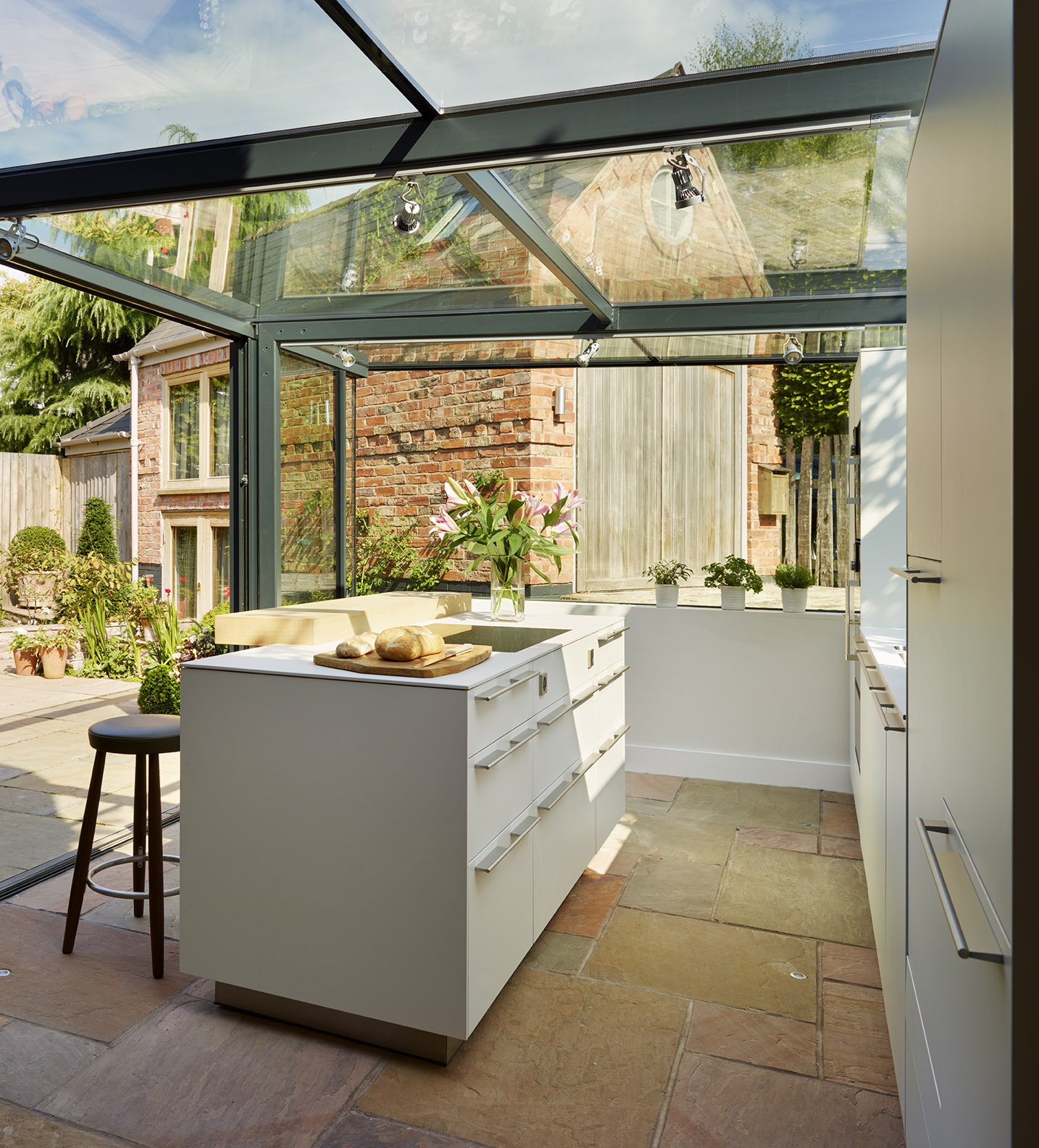 The Glass Box Extension project can be safely described as funky. Unlike most of the additions on this list, Kitchen Architecture was able to achieve an attractive renovation without incorporating any original materials into the addition. Although the glass box doesn’t mirror the small cottage, the firm deliberately designed an extension that doesn’t take away from the charm of the Grade II listed cottage in northern England. The space created for the kitchen gives residents the luxury of feeling like they’re outdoors even during the colder (and rainier) months of the year. 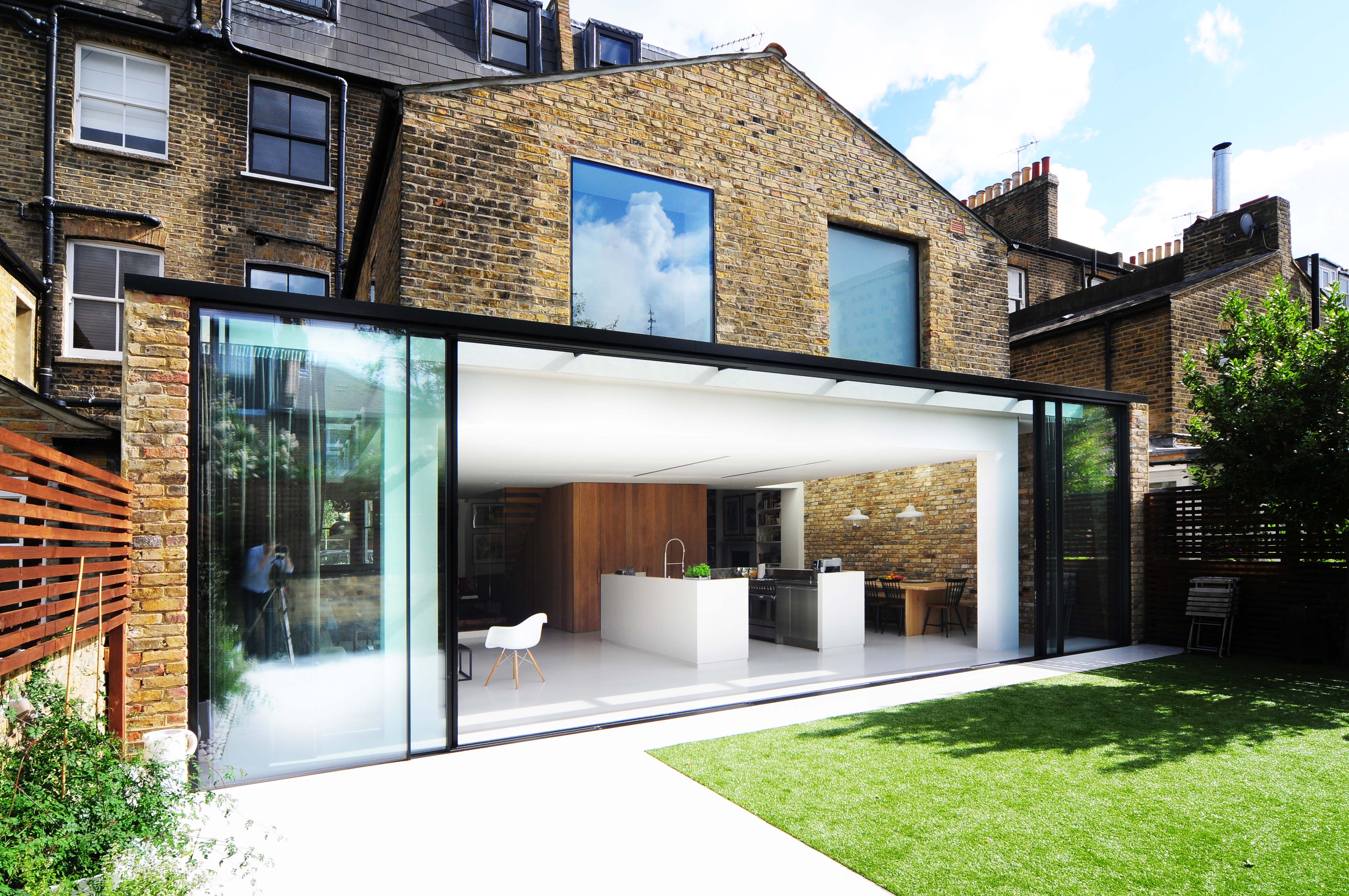 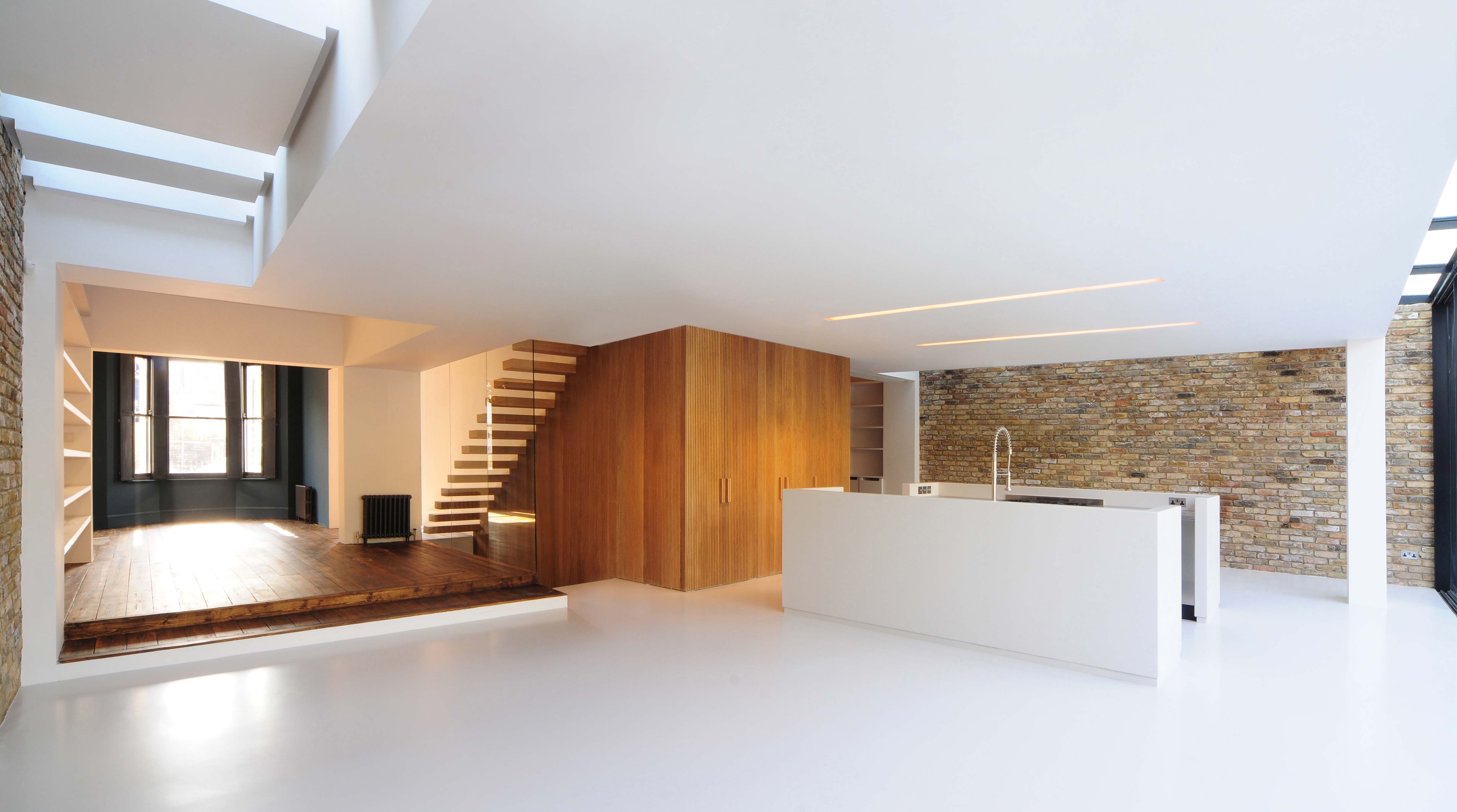 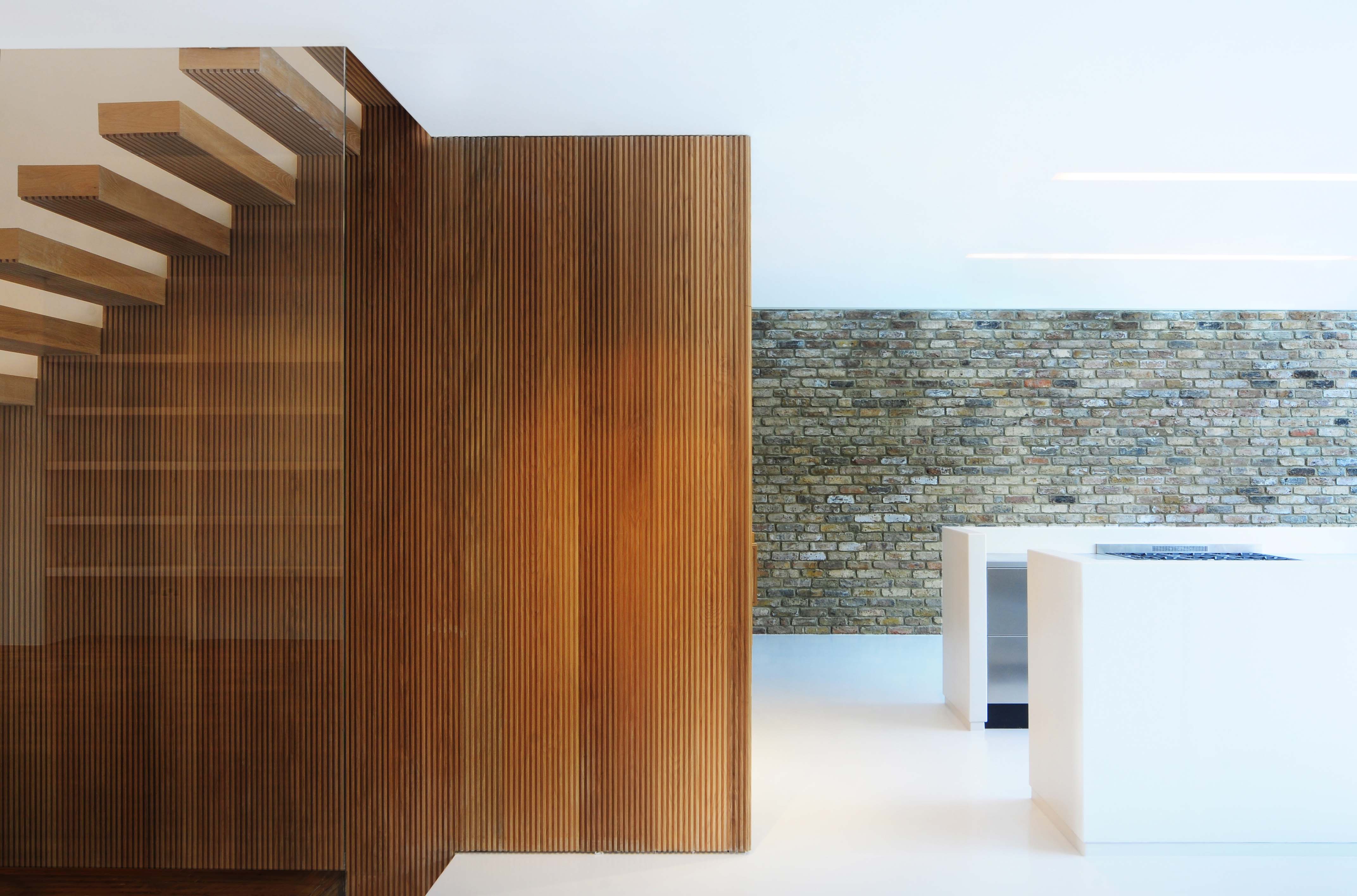 Modern materials like the timber, white resin and glass have been combined with the old floorboards and London stock brickwork to create a simple, yet attractive space. The oak cantilevered steps and open threads which make up the wrapped box act as the focal point of the space. The combination of materials brightens the large room and makes use of the floor-to-ceiling retracting glass doors. A common thread in similar projects, Homemade is no exception. The use of original brick and floorboards maintains an expected continuity throughout the London home. 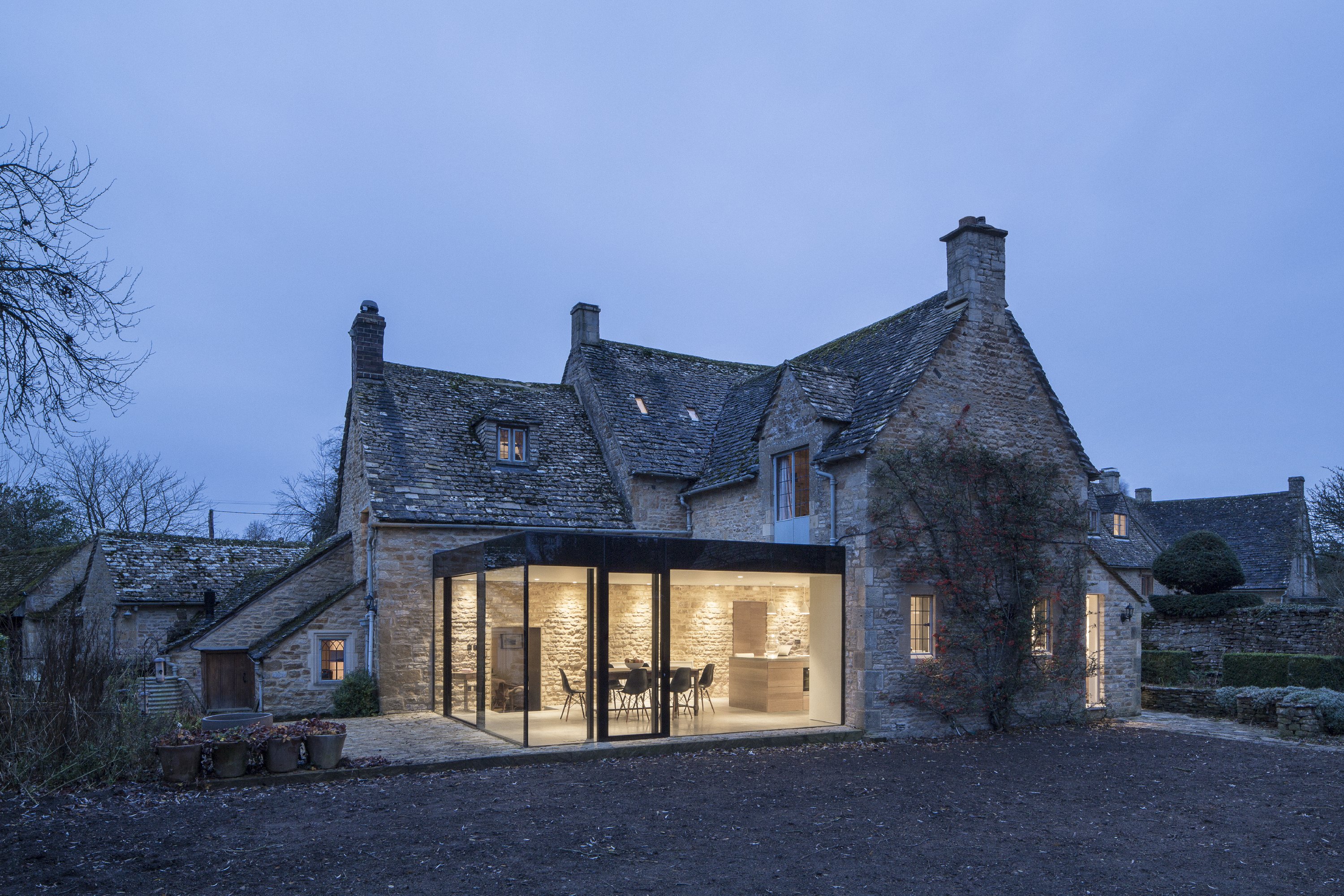 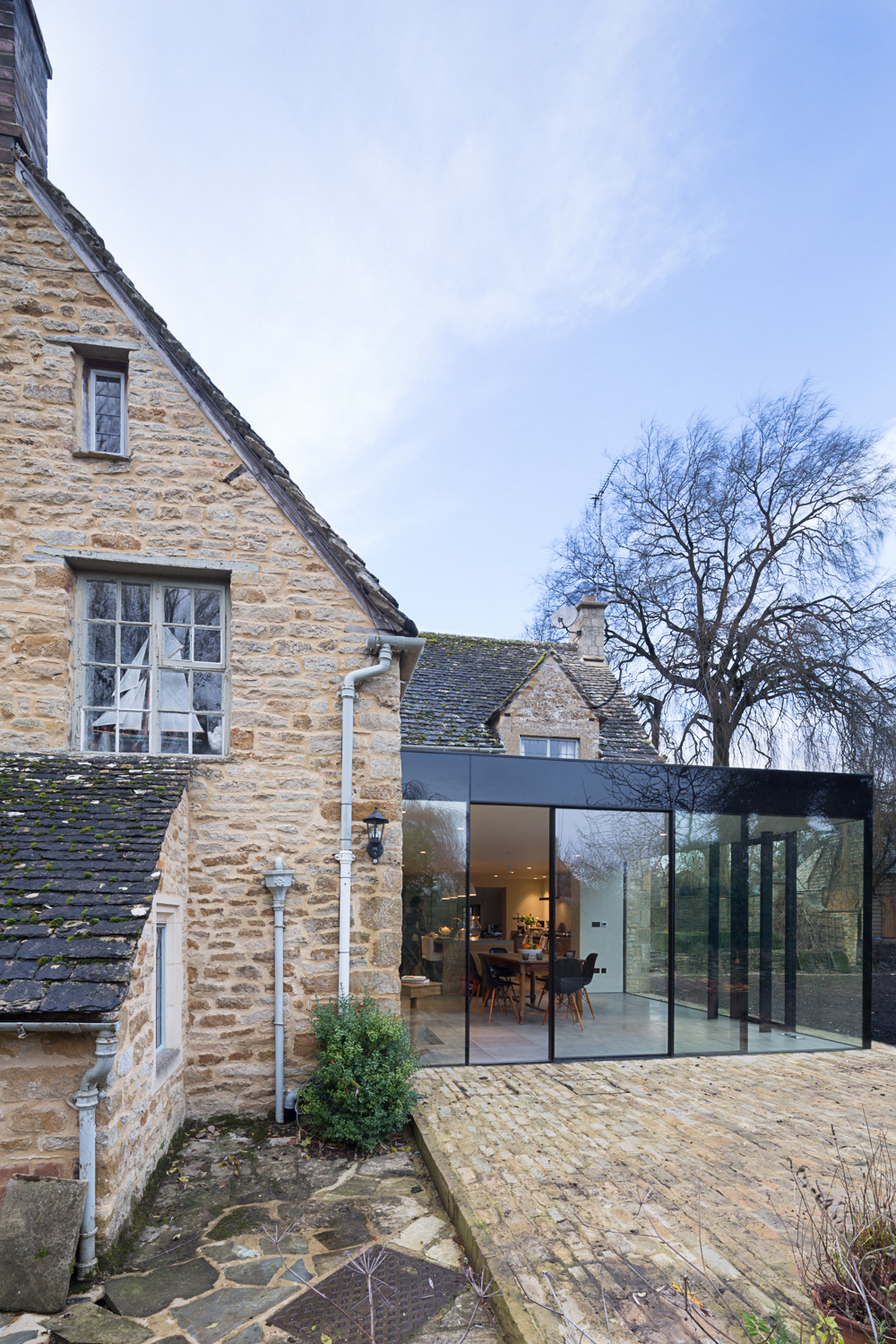 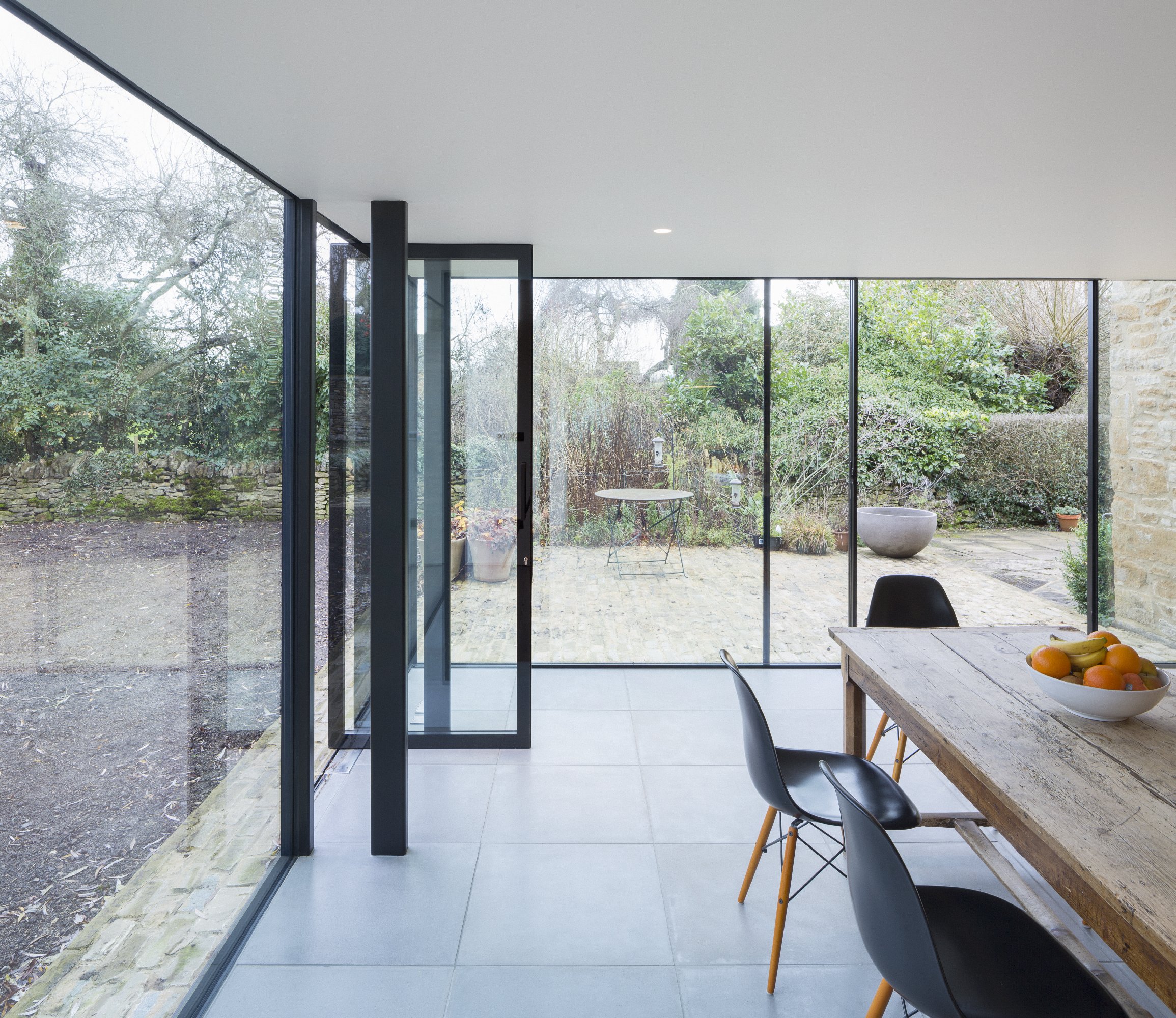 Just one glace at the Yew Tree House addition and it’s obvious the intention behind the project. The all-glass extension allows the kitchen to spread into an area which would otherwise be out of use during colder months of the year. The architects utilized the original exterior wall to compliment the contemporary lines of the glass and aluminum framed doors of the addition. The inward opening design of the doors means the dining area can be opened up, acting as an outdoor seating area which gives access to the lawn.